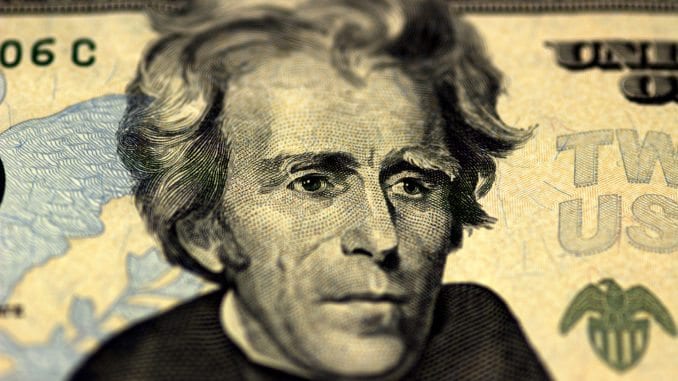 Although there are many fascinating characters in history, none exude quite the confidence and ability as Andrew Jackson, 7th President of the United States.

I’ve always been fascinated with the man and his presidency. Perhaps this has something to do with his humble beginnings and how he achieved so much during his lifetime.

While the two men are certainly different, he seemed to share many traits with another American President, Theodore Roosevelt.

Often seen as a quick-tempered, gambling wild man, he made his mark on the United States throughout his lifetime.

His many notable achievements were marked by his ‘common man’ stature and his ability to understand the needs of everyday people. That said, I would be remiss in not pointing out that some prominent historians believe he was a racist.

What follows are 15 facts about Andrew Jackson you might not know, including unimaginable loss.

Andrew Jackson was born in the Waxhaws wilderness, somewhere along the border of North and South Carolina. He was born to a poor family and his father died at 29, just three weeks after Andrew was born.

When he was a pre-teen his brother Hugh died in battle. His education had been off and on and by the time he turned 13 he joined his local militia and worked as a courier. He and his brother Robert were captured by the British in 1781.

It was during his captivity that he received the scar on his face from a British officer after refusing to polish the man’s boots.

A few days after being released his mother died from Cholera, a condition she got while helping nurse sick soldiers. From all of his loss during the Revolutionary War, Jackson had an outward hostility towards the British.

After losing his mother, Jackson went to live with his uncles, who furthered his education. He studied law during his late teen years and became a prosecuting attorney by the time he was 21.

He moved to Nashville soon afterwards and acquired The Hermitage, a sprawling plantation.

At the time he acquired it there were nine slaves working on it but by the time he died, that number had increased to 150.

3. Killed Charles Dickinson in a Duel

Jackson was known to have a quick temper, enjoy gambling, and dueling. Rumor has it that he challenged and was challenged to many duels, although it’s hard to estimate how many.

One duel involved Charles Dickinson, a man who had insulted Jackson’s wife Rachel.

In 1806, the duel ended with Jackson getting a bullet to the chest but Dickson dying from Jackson’s shot. Jackson retreated to The Hermitage to recover and several months later was back in action.

Although William Cocke was Tennessee’s first Senator, he took office after being appointed. Andrew Jackson was elected Senator in 1797, leaving him with the title of first elected Senator of Tennessee.

At one point, Jackson was also the First Governor of Florida, and would later become the first Democratic president.

Few wars have been as significant to America’s future as The War of 1812. During the war, America was being besieged on all sides by the British.

At the same time, the Royal Navy was repeatedly hitting the Eastern coast hard, port after port. Native American tribes were also attacking settlers living out West at the urging of the British.

In late August of 1812, the British ransacked and then set fire to the White House in a retaliatory move for the American attack on the city of York, Ontario, Canada.

Hope for winning the war had all but dwindled with the American people, until General Jackson convinced President Madison to let him defend the Louisiana bayou.

Jackson knew that if the British got ahold of the Mississippi River it could cut off crucial trade routes to America, and further expansion West would virtually come to an abrupt halt.

Armed only with nuns praying and fewer patriot fighters than British soldiers, Jackson was able to change the tide on the War of 1812.

This was a turning point, with many citizens realizing the full potential of the United States and rallying behind her troops.

For his bravery and astute military skills, General Jackson was promoted to Major General of the U.S. Army in 1814. This was due in part to his success in Louisiana, his ability to perform better than most of the military strategists at the time, and his ability to lead soldiers.

Although many initially mistrusted Jackson because he was considered extremely stubborn and not from the educated background like most of his Virginian or New England peers, his dedication to his men was exceptional.

Because of his demeanor in battle, his troops nicknamed him Old Hickory, saying he was as tough as an old Hickory tree, with roots deep and strong.

When it came to battle, he was fearless but never reckless. His troops feared him, but also loved and respected him. This alone gave him what he needed to succeed on the battlefield.

8. Seventh President of the United States

After his many successes in the military, Andrew Jackson took a logical step to become the next president. At that time, many people saw him as being a common man, with similar upbringing to themselves.

He didn’t speak or act the way other politicians had; he understood what the common man wanted in a government and leader. He believed himself to be a true representative of the people’s will, and as such, treated his presidency as if he were still a common man.

As President of the United States, Andrew Jackson was able to pay off the national debt, lay the framework necessary for democracy, gain new land to expand the nation, and was able to strengthen many foreign relationships.

9. Removed Corruption from the Federal Government

Although many presidents changed staff when they took office, Jackson removed about ten percent, a high number compared to the presidents before him.

His effort to remove any corrupt staff members was seen by some as a rotation of staff, others saw it as a type of spoils system.

Even though many of the people he got rid of were inept or against Jackson during his campaign, it was still viewed as unconventional to clean out that many people.

Prior to Jackson, former presidents had used their power to veto only when they felt the legislation was against the law. President Jackson began to veto any bill that he felt wasn’t in the best interest of the entire country.

He was also acutely aware of the cost of each bill and whether or not it would impact the national debt.

11. The Only President to Truly Fix the Budget

Due diligence with financial matters on the part of President Jackson meant he was able to pay down the national debt – the only president to do so.

From that point on, he maintained zero debt for the country and ended his presidency with a financial surplus.

12. Catalyst for the Trail of Tears

The Indian Removal Act of 1831 was proposed in an effort to move Indian tribes to the West of the Mississippi. President Jackson felt Indians would never assimilate into white culture and that they would only serve to cause further problems for the white man.

Although President Jackson was astute when it came to fighting corruption, he was negligent when it came to the treaties made with the Native American tribes by corrupt politicians.

The Indians were treated poorly and when the removal began two years after his presidency ended, it was marred by many Indian deaths by starvation and lack of supplies.

What’s so interesting about this is that when Jackson was younger, he came across two small Indian children that had lost their parents on the battlefield.

Although he referred to them as savages, he sent them back to his wife and they adopted and raised them until both children eventually died.

13. Took On the Second Bank of the United States

President Jackson distrusted banks, feeling they were lead by corruption and financial incompetence. With this being true at the beginning of the Second Bank of the United States, Jackson saw no reason to renew their charter.

This was also due in part to the fact that Jackson knew that many of the bank’s stockholders weren’t American citizens. He only resigned the charter after assuring the power of the bank was limited.

The rechartering of the bank was controversial and Henry Clay, Jackson’s main opponent to the presidency of 1832, targeted Jackson on just this issue.

However, Jackson was overwhelmingly nominated to a second term.

14. Survived the First Assassination Attempt on a President

While leaving a congressional funeral, President Jackson was attacked by Richard Lawrence, a house painter. He shot at Jackson and missed.

Jackson responded by hitting the man repeatedly with a walking cane when the man pulled a second firearm and shot again. The gun misfired, Jackson was unharmed, and Lawrence was sent to a mental institution.

It’s almost ironic that Jackson’s face is currently on the $20 bill, considering his mistrust of banks overall. He put his trust more into silver and gold.

But considering his many accomplishments and his dedication to the common man, it’s no wonder his face was chosen to grace the $20 bill.

While President Jackson’s accomplishments are marred by the Trail of Tears, there’s no doubt he is one of the greatest presidents in American history.

His commitment to the common man and his desire to rid the government of corruption were just two key components as to why his legacy lives on.

Andrew Jackson certainly lived a bold and interesting life. If you are interested in learning more about him, there are several great biographies available. One of my favorites is American Lion: Andrew Jackson in the White House by Meacham (Amazon).

I hope you found the information presented on this page about America’s seventh president insightful.

10 Tips for Being More Charming, Charismatic, and Likable

Charismatic skill building  Some people are like magnets. The world seems to gravitate toward them, and they hold the attention of others authoritatively and effortlessly. Fortunately, it is not as difficult as it may seem […]

Abraham Lincoln and his accomplishments We remember Abraham Lincoln, America’s sixteenth President, as one of the most important men in our nation’s history. He is credited with winning the Civil War for the North and for permanently […]