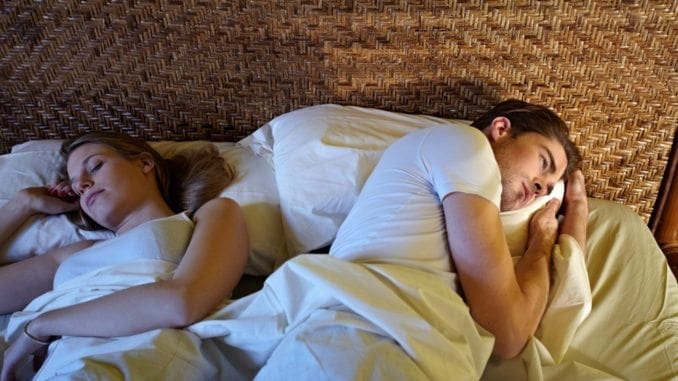 How to minimize conflicts at home

Conflicts will inevitably arise when personalities and moods clash at home. Unless you’ve been to prison recently or have a degree in psychology, you might not know how to deal with living in such close proximity with the same person day in and day out.

Don’t throw in the towel just yet. Try to remember that these are your friends and family members. Conflicts will happen, but here are a few ways to minimize the fallout and avoid reaching your social confinement limit.

Some people get caught up trying to win battles at home instead of solving problems. You should always remember that solving the problem is way more important than being right. You can be right and still be a major ass.

So, it’s best to pick your battles wisely. I’m not talking about fighting battles that you can win all the time. I’m talking about letting some things slide. Some arguments just aren’t worth the headache.

Try to ask yourself – “Is bringing this issue up going to make a difference? Is there another way to handle it?”

Here’s an example from my own life experiences. My partner is terrible about recycling. She will fill up the recycling bin with every kind of material you can think of – wood, plastic, food, you name it. Then, I have to sort through the trash every week before I take it to the curb.

I tried for weeks to show her how to sort the recycling correctly and it always turned into a battle. Then, one day, I just decided that it wasn’t worth it. I printed out a recycling flyer, posted it on the refrigerator, and continued to sort the damn trash every week.

In the end, she got better at it. She learned more from the refrigerator flyer than all the weeks of me yelling at her. So, in your home, try to pause for a moment and ask yourself is this a battle that’s worth fighting.

Related: How to cope with anxiety during lockdowns

Have you ever noticed that it’s hard to stay angry when you’re laughing? Nothing diffuses a bomb quite like laughter. Humor can take the sting out of some very painful moments and pave over difficult decisions at home.

The great thing about laughter is that it releases feel good chemicals called endorphins in the brain. When you laugh, your body gives you a small shot of happy. When you laugh with others in your household, that feeling is transmitted to them, as well.

A scientific study from 2006 found that women laugh 126% more than men. Women also preferred a mate that could make them laugh. Men preferred a female counterpart that laughed at all their jokes. In this sense, humor works as relationship glue, cementing the bonds that sexual chemistry established.

You can try to find the funny in your current argument. By doing so, you and your partner might be able to laugh about it together. When you take away the seriousness of the situation, even for a moment, you gain the opportunity to overcome it through humor.

I remember when my partner started yelling at me about doing the dishes a few days ago. She was so fired up that her nostrils were flaring. I just started flapping my arms like wings and then I stood on top of the table and crouched down like a dragon and started breathing virtual fire across the kitchen.

At first, she just put her hand on her hip and stared at me. Then, that hard look cracked and she smiled when she asked what the hell I was doing. I told her that she was the “Mother of Dragons” and she burst out into an uncontrollable fit of laughter.

We didn’t talk about the dishes after that, but I remembered the point that she was trying to make. We didn’t have a big fight, and I tried to help more in the kitchen after that. Now, whenever she gets angry, I just start flapping my wings. It’s kind of like our own private joke now.

There are lots of conflicting opinions about confrontations and avoidance. Some experts suggest that you should never sweep things under the rug. You should solve it right away so that it doesn’t fester. Others recommend avoiding arguments that might lead to flared tempers.

Professional conflict mediators recommend taking some space from an argument to allow for everyone’s heads to cool. This is great advice because you don’t always say and do the right things in the heat of the moment.

In the here and now, you should reframe the argument as “you and your loved one against the problem”. Avoid creating a situation where it is “you vs. your loved one”, in other words “my way or the highway”.

Later, you should revisit the emotions and feelings that arose during the onset of the conflict. Sit down with your loved one and share how it made you feel. Perhaps you both were feeling the same thing. Sometimes, the details can lead us away from our intentions in a conflict. So, focusing on emotions after the fire has gone down a bit will help you to reach a real solution.

It’s called overgeneralizing and it’s one of the biggest ways to fan the flames of an argument. When you think about it, the words “always” and “never” are rarely accurate. Does your partner “always” forget to put away their laundry? Are they really “never” on time?

Overgeneralization is a cognitive distortion. It’s an incorrect conclusion that works like poison in your mind. If you keep saying that a person will never change, then you begin to lose faith in them. If you say this to your loved one, then they might start to believe it also.

The thing is – when you use the words “always” and “never” you’re experiencing immensely powerful emotions. These are statements of absolution. You wouldn’t use them if they didn’t make you feel extremely sad or angry.

When you find yourself leaning toward overgeneralized statements about your loved ones or your relationship, it helps to engage in some logical, objective questioning.

“What evidence do I have that my loved one will never change?”

“Would someone else reach the same conclusions about them, or is it just me?”

“Have I tried everything I can to help them?”

“Have I contributed to the problem instead of working to solve it?”

By taking a step back and asking yourself questions like these, you begin to steer away from the words “always” and “never”. You take away their power to limit your relationship and you open the door to different outcomes.

Don’t Get Too Defensive

Sometimes, people get into a pattern of saying “you…you….you” when arguing with others. “It’s all your fault I’m not getting enough sleep.”

“If you would just listen to me for a change.”

“Why can’t you understand?”

Pointing the finger at someone else won’t solve anything. If you’ve ever been on the receiving end of these types of statements, then you know that you don’t understand much beyond the word “you”. The whole statement feels like “YOU!!! Blah blah blah YOU!”

Now, what were you fighting about again?

Instead of getting so defensive and pointing the finger at someone else, try to say “I” more. Here’s an example –

“When the alarm kept going off in the morning, I felt so angry.”

“I thought you were doing this on purpose to get back at me for something I did earlier.”

“I wish that we could agree to sleep in together a couple of days a week.”

Can you see how this changes the whole argument? It turns the argument into a discussion.

Related: 8 Ways to Rebuild Trust in Your Relationship

Living in close quarters with the same people every day might be wearing a bit thin. Minor disagreements get blown out of proportion so easily. Tempers start to fray and sometimes there isn’t much room to walk away from the situation.

That’s why it’s important to think about how we frame our interactions with each other. Here are a few things to remember:

Some issues aren’t worth the trouble.

Don’t rush to solve every problem. Sometimes, you should give it some space to settle on its own.

You can deflect lots of conflicts with some well-placed humor.

Figure out what you should handle now and what you can handle later.

Something as simple as rephrasing how we express our thoughts and feelings can have a big effect.

When in doubt, go back to what works in your relationship.

Join with your loved ones to solve problems and avoid making them your enemy.

I sure hope these tips can help you avoid and resolve conflicts at home. Conflicts can have a positive effect on your relationship, helping you and your loved ones grow into a deeper understanding of one another. So, work through them gently…together.

How To Let Go of Deep Shame and Heal

Trending News: New study sheds light on shame Have you done something in the past that makes you feel ashamed? Whenever you think about this event, do feelings of sadness start bubbling up? Are you […]