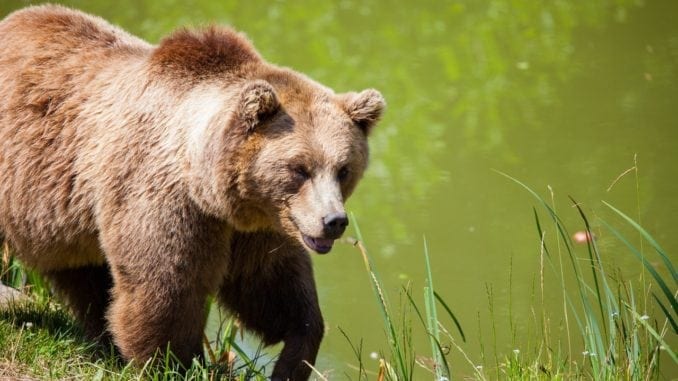 Bears in the wild typically want nothing to do with humans. They’ll act aggressively if threatened, but as long as you give them plenty of space and make your presence known, most bears will either keep on eating or turn and run the other way.

But with that said, it would be utterly foolish to venture into bear country unprepared. Let’s not forget that bear attacks do happen every year. However, if you take the right precautions and keep your wits about you your chances of getting tangled up with a bear go way down.

1. Do Your Homework and Know What You’re Getting Into

If you’re planning a trip into the backcountry anywhere in North America, there are two types of bears you might encounter: black bears and brown bears. If you’re far up north in the Arctic, you may run into polar bears but most of us won’t have to worry about that.

So how do you find out which types of bears will be in the area you plan on visiting?

Just about all the public lands in the U.S. — national forests and parks, state forests and parks, BLM land, etc. — have dedicated federally-employed wildlife biologists who keep a close watch on fish and game populations on those lands. The best part is, these biologists can be contacted to answer questions and provide information about the area you’d like to visit.

To start tracking down a biologist for a specific area, visit the U.S. Fish and Wildlife Service. When you do find who you’re looking for, ask them questions like:

A biologist who studies the wildlife in an area you plan on visiting will be able to answer these questions and will likely give you other helpful information that will benefit other aspects of your trip.

If you can’t get a hold of the biologist for that area, try to contact a forest ranger or other authority who oversees the area. The more information you can get about the bears in the area, the better you can prepare and the smoother your trip will go.

While firearms can be used for  defense, it’s widely agreed that bear spray — a very potent form of pepper spray — is more effective in deterring bear attacks than any other method. Even if you are carrying a rifle or sidearm while hunting, bear spray should still be your primary bear defense.

What’s most important about using spray in bear country is that you keep it on you and readily accessible at all times. And not just tucked in your backpack. Most bear spray cans can be clipped to a belt, but a better option is to have it on your chest in a harness, like the one made by Counter Assault. This position gives you the quickest access to draw fast and take action when it counts.

3. Camp Clean and Hang Your Food

Bears are constantly on the move and are always feeding. They use their remarkable sense of smell to guide them to food, and since bears are highly opportunistic omnivores, just about everything’s on the menu. That includes human food.

Make sure every speck of food and trash gets sealed up in a bag no matter what. At night, all your food needs to be hung up in a tree, well away from your camp and out of reach of any bears.

To further reduce the risk of drawing in nearby bears with food smells, it needs to be a hard-and-fast rule that no food is to be had inside your tent. When you’re tucked into your 0-degree down sleeping bag, snoozing away the day’s hiking pains, getting woken up by a snack-seeking monster is the last thing you want.

5. When Possible, Travel in a Group

The more prominent your presence is in the woods, the less likely a bear is to mess with you. But unless you’re yelling your head off all day, it’s difficult to uphold a threatening presence as a solo hiker.

So if you know the trail you’re hiking goes through land that’s thick with bears, it’s probably best you bring along a buddy or two.

Not only will a group of people create a more imposing presence, all those extra eyes and ears provide considerably more awareness to detect the initial signs of a bear encounter.

Plus, if you do run into trouble, having partners with you who can help can quite literally save the day.

You don’t want to surprise a bear. Bears get threatened very easily and if provoked, will lash out at whatever they perceive to be the source of the threat. What you do want is for any bears in the area to hear you coming and scamper off before you get close.

But sometimes the normal hiking sounds you make — the sound of your footsteps, your breath, your jacket brushing against trees — aren’t enough to fully let a bear know you’re coming. That’s when it’s necessary to make extra noise.

More: How to avoid a wolf attack

The standard protocol for noise making in bear country is to yell out a loud, confident “Heeeey bear!” every so often. If you’re moving through thick brush or anywhere with limited visibility, increase the volume and frequency of your calls to ensure you’re heard. You may also consider carrying an air horn, just make sure it’ll last the entire duration of your trip.

We’ve talked about things you can do to avoid a bear encounter completely. But what happens when you actually run into a big bruin or sow?

Let’s say you’re walking down a trail and all of a sudden you see a black bear walk out onto the trail about 100 yards ahead. What do you do?

Next, assess the situation. Did the bear see you? Is it on the move, eating, or running away from something? What’s the wind doing and has the he smelled you yet?

While you’re trying to figure out if the bear saw you and what direction it’s traveling, try to stay as calm as possible. If the he didn’t see you, stay where you are and wait it out until the bear moves through the area and you feel it’s safe to continue.

However, if the bear does know you’re there, some behavioral clues will help you figure out your next move.

When a bear feels threatened, it typically displays a range of warning behaviors as if to say, “I know you’re there, I feel threatened by you, come any closer and you’ll force me to attack.”

Whether you’re in range of a black bear or grizzly, here are some behaviors to watch for:

If you encounter a bear and it displays any of the warning signs above, your bear spray should be in hand and ready to discharge.

Here’s the basic procedure to follow when it’s time to put your bear deterrent to use:

If your bear spray hits its mark, that bear will hopefully spin and run off in pain. 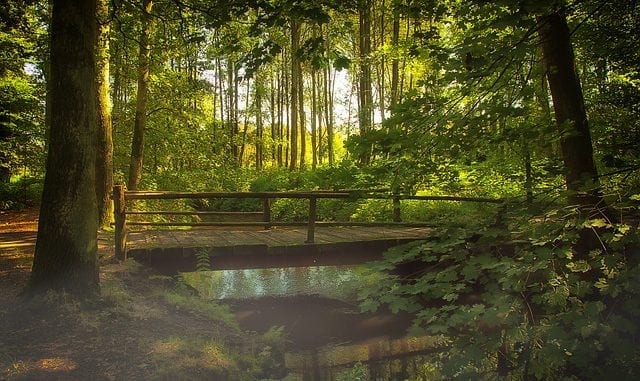 10. Fight Back or Play Dead

If the bear spray doesn’t stop the animal from advancing, it’s time for drastic measures.

If you’re in a scuffle with a black bear, it’s widely held that it’s best to fight back. Use any weapons you can grab — rocks, sticks, trekking poles — and aim for the eyes and face.

If it’s a brown bear, however, playing dead is thought to be the best strategy. As soon as you come into contact with the bear, hit the ground and assume the fetal position with your hands clasped behind your neck. When the bear leaves, stay down for as long as you can stand in case the beast is hanging around looking for more trouble.

Don’t Let the Presence of Bears Scare You Off

Bears are a natural part of the landscape and a healthy part of the ecosystem. Can they be dangerous? Yes, of course. But should you let the possibility of a bear encounter keep you out of some patch of amazing backcountry wilderness? Absolutely not.

Use the tips and strategies in this article to stay bear-safe and admire these powerful creatures from a distance.

How to Start a Fire Without Matches

5 Gadgets for Outdoor Survival Every Guy Should Own

Outdoor survival gadgets The Great Outdoors beckons, gentlemen. Hiking, biking, camping, fishing, kayaking: these are all great outdoor pursuits that can bring you a greater sense of inner peace and provide the weekend reboot you […]

What would you do if you came face to face with a mountain lion? Mountain lions, cougars, catamounts, pumas—call them what you like—are North America’s largest felines and are found in every state west of […]