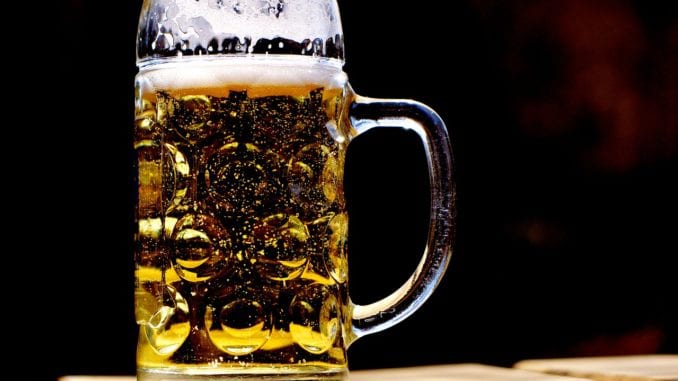 According to a study released by National University of Ireland, Galway (NUIG), 58% of the men have hooked up with someone they typically wouldn’t have if they were sober.

The research also revealed that 57% of guys have a hard time saying no to sexual advances after consuming alcohol.

The study was conducted using a college population (aged 18-29) by NUIG’s Elaine Byrnes and Pádraig MacNeela and was published on the school’s website.

A study released by the University of Nebraska (Lincoln) reveals that the more guys drink, the less inhibited they become.

Moreover, they are more likely to unintentionally gaze at certain female body parts – particularly if the women are perceived as unintelligent or unfriendly.

Caveat: The University of Nebraska study was small, using only 49 college-aged men between the ages of 21-27. Still, the findings do seem to track with NUIG’s data regarding the impact of alcohol and sexual behavior.

With the Nebraska study, investigators showed the male participants pictures of 80-college-aged women who were dressed up to go out and party.

Using eye-tracking equipment, the guys to focus on the women’s appearance (meaning their faces). What they discovered was when the guys had their beer goggles on (meaning they had been drinking) they were more likely to stare at the women’s chests and waists.

Let’s jump back to that NUIG study because several key findings surfaced on sexual health, behavior, and attitudes.

In the past 12 months, 8% of females and 4% of males were uncertain but suspected sexual contact during a time when they were unable to provide consent or stop what was happening because they were passed out, drugged, drunk, incapacitated or asleep.

Another interesting finding was that 76% of females and 69% of males said they are less nervous about sex after drinking.

Should I Take Back My Girlfriend After She Cheated?

Your girlfriend confesses she cheated. What should you do? The dating guru offers answers to tough questions men want to know about love, romance, and relationships.  His Question Hi, Dating Geek, A few months ago, […]

Trending News: Men are into women who dig other women SHORT VERSION A new study suggests a substantial number of men prefer women who are occasionally into other females. LONG VERSION It’s no secret that […]