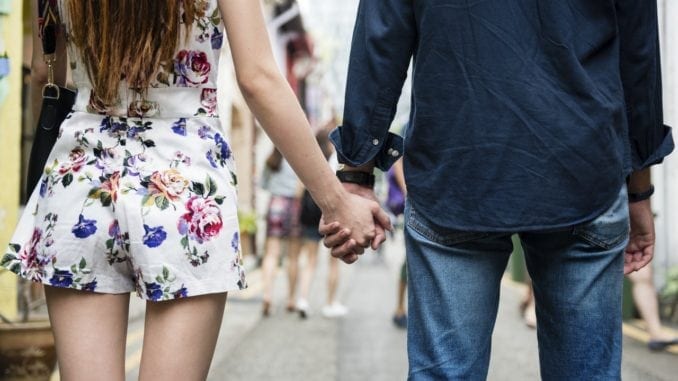 She dumps you and now wants to get back together

She’s gone forever…no wait, she’s back again. Your girlfriend dumped you, but now she wants you back. Is it time for a victory lap or should you tell her to get lost?

It doesn’t matter who you are, rejection is never easy. Getting dumped always hurts whether you care to admit it or not. Some people internalize the pain and start clocking loads of overtime at the office or spending ridiculous amounts of time in the gym. Other people stop taking showers and start watching endless episodes of Netflix murder mysteries, so much so that Netflix asks – “are you alright?”

Then, something unexpected happens. You get a call and your ex-girlfriend wants you back. Before you get too excited take a moment to think this through. This girl rejected you. You’ve burned all her pictures. She humiliated you. You’ve been bad-mouthing her to your family and friends. Do you really think you should take her back?

Related: Should I take back my cheating girlfriend?

It helps to think of your emotional decisions like painting with watercolors. You put some blue splotches on the canvas and then you put some yellow splotches. You splash on some green and when they all blend together none of the colors are very distinct anymore. Even the picture is distorted because everything just meshes together. It’s very abstract.

The overall picture makes itself apparent in a very concrete way over time. That’s the type of thinking that will best serve you when you’re trying to decide whether or not you’re going to take your ex-girlfriend back. You want to look at the facts in an objective way and ignore the feeling you get from the amazing make-up sex that’s coming your way.

Find Out the Motives

For example, if she hated the way you obsess about saving money, then she’s eventually going to wind up right back in the same place again. You’re conservative and pragmatic and nothing is going to change that. Haven’t you noticed that when you have fights with your significant other, you just rehash the same arguments over and over again?

That’s because you’re fighting about core personality traits that don’t go away.

You’re going to be in an on-again/off-again relationship that only prolongs the pain of your eventual separation. She needs to accept who you are fundamentally for the relationship to truly work. If she was fed up with some core aspect of your personality, then it’s better to stay single. Look for someone who is more closely aligned with your values and ideals.

Women don’t often break-up with a guy to strike out on their own because being with someone feels good. You know how the saying goes – “the best way to get over a person is to get under the next.” There’s some science to back that up. Being in a romantic relationship with someone releases dopamine in the brain. That’s the feel-good neuro-chemical that gives us a rush of excitement, happiness and joy.

Women who rush into another lover’s arms are searching for that neurochemical high. They swing on the monkey bars (so to speak).

Bottom line, you need to find out if she was with someone else. Dig deep here, fellas. She might not want to tell you right away, but this is the single most important piece of information you need in order to make the best decision about taking her back. Is she coming back to you because that momentary fling didn’t pan out? If she left you for someone else, then you should not take her back.

Chances are high that she is only coming back to you for the stability that your relationship provides after the high of her romantic affair has worn off. That’s not fair to you. You better tell her to keep it moving.

You know the old saying – “Absence makes the heart grow fonder.” This can be a healthy type of separation that allows you both the opportunity to refocus on the important issues of life outside of your relationship. This could mean that she gets a change to spend more time with her friends or participate in hobbies and sports. This is the only fixable type of breakup.

When you’re not around, the vacuum left by your absence becomes glaringly obvious. She forgot that you open the mayonnaise jar for her without her having to ask. She forgot that you take her dog walking in the evenings when she’s too tired. She forgot that you bring her pumpkin spice lattes from Starbucks every Saturday. If any of it meant anything to her, then she’ll want to re-establish that connection.

Related: How do guys breakup?

In this case, you should hear her out and try to learn what revelations she came up with while spending some time apart from you. If you take her back this time, she might appreciate you even more. So, if she needed some space to sort out her own feelings and she’s decided that you are essential to her life, then you should take her back and give your relationship another try.

Last thing, if you decide to take her back after she’s dumped you, then you need to set some boundaries going forward. This is actually a really important time for you to gain some leverage in the relationship. It’s a reset moment where you have the power to implement new limitations and expectations.

Don’t ask for dumb stuff like more blow jobs or more time to play video games. Think about the reasons why you guys broke up.

If you felt threatened by her male friends or the amount of time she spent on social media, then ask her to change her behavior. You should also allow her to put forth some new expectations, as well. Anything within reason should be considered because you don’t want a repeat of the breakup.

Related: How to handle when she flirts with other guys

The endless cycle of break-ups and make-ups will make you look and feel like a complete tool. So, hit the reset button on the relationship and get it right this time.

You should never see your break-up as a done deal. Always leave the window open, but leave it open under your own terms, not hers. Don’t let anyone come in and out of your life however they see fit. If your ex-girlfriend doesn’t like some aspect of your core personality, then that’s going to cause problems again and again.

Just stay away. If she’s chasing the high of the honeymoon phase by flirting and sleeping around, then tell her to take a hike. If she’s been taking some time to think things over and she’s decided that she can’t live without you, then bring that filly back into the stable.

Set new boundaries and expectations if necessary, hold on tight to the reigns and enjoy the ride…again.

Can You Be In Love with Two People at the Same Time?

When you are in love two and unsure of what to do “Is it possible to be in love with two people at once?” That’s a question I often get from men who have found […]

Trending News: Constantly jumping on email after work damages your personal relationships.   SHORT STORY A new study confirms people who are constantly plugged into work after hours do real harm to their health and […]