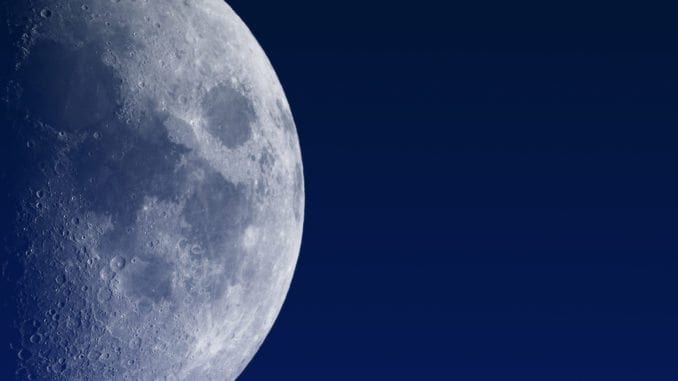 Do you like looking at the night sky, particularly during a full moon? I sure do. There’s just something mesmerizing about that massive white disk when it’s fully illuminated.

Located 238,900 miles from where you are right now, the moon has been the stuff of legend and lore for centuries. In fact, some even believe the moon itself has magic powers, like influencing the behaviors of people born under the sign of Cancer.

One common lunar myth is that when fully illuminated, the moon mysteriously causes crime to go up. Urban legend holds that it has something to do with tidal forces and its impact on the human psyche.

But is that really true or is it a bunch of bunk?

Well, according to Wayne Petherick, an associate professor of criminology at Bond college who penned a piece for The Conversation, the relationship between increased crime and a full moon has zero to do with magic.

Instead, it’s all about the availability of light. In other words, the brighter it is outside, the more likely something criminal will happen.

In referring to a 2017 study appearing in The American Journal of Criminal Justice, Bond discusses the findings. While the study’s authors did not identify a link between the lunar phases and increased crime (indoor or outdoor), they did observe something interesting.

“But they did find the intensity of moonlight to have a substantive positive effect on outdoor criminal activity. As moon illumination increased, they saw an escalation in criminal activity,” says Bond.

Translation: When the moon is super bright, it’s going to make it a lot easier for the bad guys to see what’s going on outside.

So, why do so many people buy into the belief that lunar cycles influence anti-social behaviors? Bond suggests it may be because people typically focus on what they expect to be true.

“During an expected lunar event – such as a full or super Moon – we expect that there will be a change in behavior, so we pay more attention when we see it. In the area of cognitive psychology, this is known as confirmation bias,” Bond remarks.

Well, there you have it, folks. A full moon doesn’t cause people to channel their inner crazy and become anti-social.

In fact, based on most psychological research, abnormal behavior is something that is deeply ingrained in an individual’s personality.

Now if someone could explain that whole full moon and werewolf thing, that would be awesome. Oh, wait. That’s been debunked too, thanks to science.

At any rate, enjoy the full moon!

Being an alpha male is more involved than you think When people hear the term “Alpha Male” it, it usually conjures up mental imagery of a super good looking guy who holds the traits of […]

Why Do Men Go Into Therapy? Hello and welcome or welcome back – to episode 37 of the of the Men’s Self-Help Podcast. I’m your host, Dr. John Moore, and I’m a licensed mental health […]