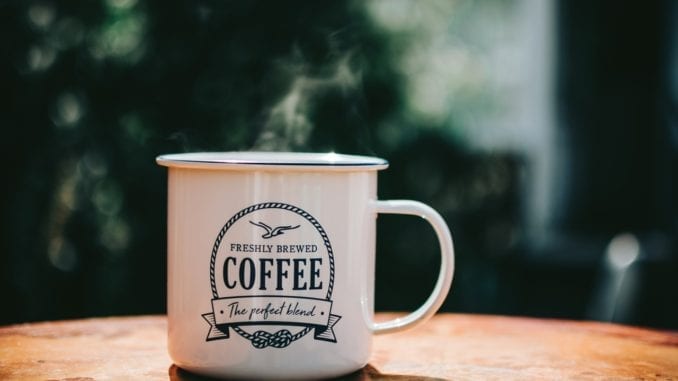 Do you drink coffee? Tired of reading stories about the perils of coffee drinking? Hoping to find something to help support your java habit?

If the answer is yes, you’ve come to the right place. That’s because a new study appearing in Scientific Reports suggests that drinking one cup of coffee per day may help to burn fat.

Investigators observed that coffee stimulates brown adipose tissue, also referred to as “brown fat”. In plain speak, this is a type of fat that holds calorie-burning properties.

What on earth is brown fat?

You may be wondering what the heck brown fat is? Well, according to a statement from Professor Michael Symonds with the School of Medicine at the University of Nottingham and a co-author of the study:

“Brown fat works in a different way to other fat in your body and produces heat by burning sugar and fat, often in response to cold. Increasing its activity improves blood sugar control as well as improving blood lipid levels, and the extra calories burnt help with weight loss.”

At one time, it was believed that brown adipose tissue was only found in infants and some hibernating animals. But the thinking has changed among scientists because they have discovered its presence in adults (in small amounts) around the neck.

Brown fat acts differently than white fat in that white fat typically builds up around the midsection of the body and stores calories.

The researchers observed that coffee seems to stimulate brown fat through thermal imaging. Scientists noticed that when a person drank a cup of coffee, the brown adipose tissue around the neck became hotter.

“This is the first study in humans to show that something like a cup of coffee can have a direct effect on our brown fat functions. The potential implications of our results are pretty big, as obesity is a major health concern for society, and we also have a growing diabetes epidemic, and brown fat could potentially be part of the solution in tackling them,” said Symonds.

In the recent past, other studies have suggested the benefits of coffee. For example, last year, Guy Counseling reported that coffee may help to reduce pain in some people.

Does this mean that you should run out to your local café and order your favorite cup of Joe? Probably not. As a beverage, coffee isn’t for everyone. See this post from the Mayo Clinic.

Finally, keep in mind that what you add to coffee, such as creams and sugars, may negate any fat burning benefits.

So, do you drink coffee? If so, has this helped you with your weight management goals?

Does Coffee Help Men Have a Better Sex Life?

Coffee, men, and the bedroom There is widespread belief that drinking coffee retards the sex drive and causes erectile dysfunction (ED). However, although the caffeine in coffee is a vasoconstrictor that can reduce blood flow, […]

Caffeine Pros and Cons for Body Builders One of the most popular ergogenic aids consumed in the world is caffeine. Caffeine can be found in coffee, tea, coca, soft drinks, and energy drinks. And it may […]

Trending News: Coffee may help reduce pain sensitivity  Do you drink coffee? If so, you aren’t alone. Something like 64% of all Americans who are 18 years of age or older have at least one […]