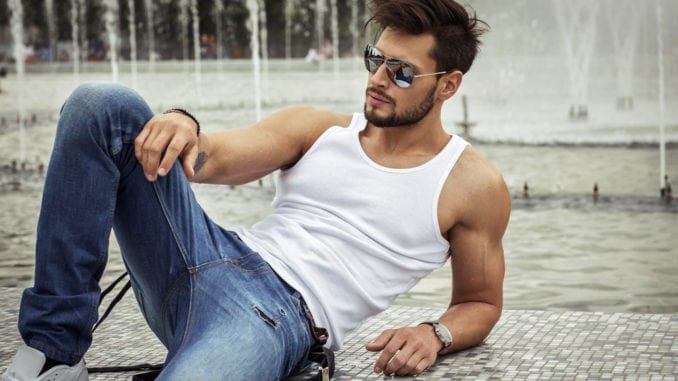 Do you live by this code?

Have you ever had someone make snide remarks to you and think that it was OK? Did this same person keep doing it, to the point that it became the norm? Were you frustrated and unsure what to do?

If you can relate, welcome to the club. One of the things I hear most from clients relates to this topic. In short, I’m talking about situations where someone either directly or indirectly thinks it is OK to do any of the following:

Over the years, I have learned there are some people in life who are nothing more than bullies. Because they feel so insecure about their own situations, they go out of their way to make others miserable.

Some people, particularly men, think bullying is restricted to childhood. While that certainly does happen [often] in our younger years, it also goes on in adulthood.

I could go on forever and a day about the psychological reasons as to why someone, such as a co-worker, family member or “friend” engages in bullying. But if I did, this blog post would never end.

Here’s the thing – in the final analysis, it really doesn’t matter. That’s because there’s no such thing as a permission slip for being an a-hole.

So, is there anything you can do to stop someone from treating you like a jerk?

Indeed, there is and the approach I am suggesting is simpler than you may think.

Don’t get comfortable with someone disrespecting you.

Bullies have a way of sniffing out their prey. Like hungry jackals on the hunt, they jump on victims the moment they sense any sign of weakness.

Whenever you allow someone to make fun of you, humiliate you or otherwise intimate and you don’t say anything, you are giving them the green light to keep doing it.

At its core, what I’m talking about is self-respect. In other words, when you have respect for yourself, you’ll never grant someone else the opportunity to dominate you.

In the spiritual sense, there is something to be said about the idea of turning the other cheek. In fact, that’s a smart approach for most life situations. After all, there is wisdom in picking and choosing your battles.

But there are limits to “turn the other cheek”.

Specifically, I’m talking about anyone who engages in the behaviors described above. So, here is how you stop them dead in their tracks. Be forewarned, it may require that you adopt a whole new mindset.

First, look at yourself in the mirror and say: I respect me.

The more you repeat this mantra – and the more you believe it, the greater your personal power becomes. Yes, this may sound cheesy but I’m just telling you the entire process starts with you.

Second, the moment you sense that somebody is mistreating you, be it through word or deed (or both), say something. 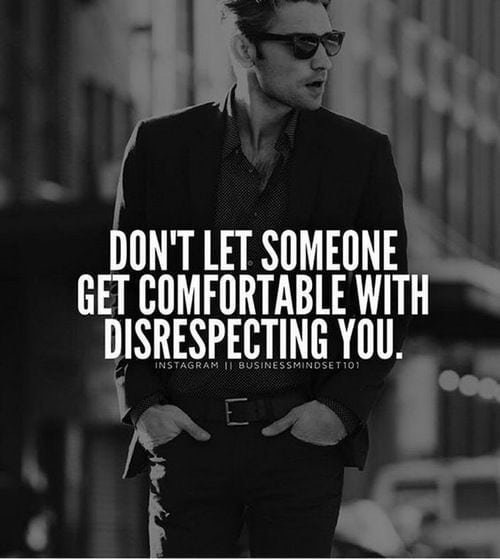 There’s no need to be hostile about it. And there’s absolutely no need to get physical. Instead, from a place of personal empowerment and self-respect, simply look at the person directly in the eye and say:

Obviously, there are variations on the above. Much will depend on your unique situation. But at the end of the day, the message you are sending is that you aren’t going to allow that person to walk all over you.

And here is the thing. When you respect yourself – as in truly loving yourself – they’ll know immediately you won’t be their next victim.

Part of being a confident man means being looking inward and recognizing that you have gifts. Do you know what they are? If not, maybe it’s time to reflect on everything that has happened in your life to shape the man you are today.

I’m talking about your victories and losses, your joys and pains.

Whatever they are, embrace them. Recognize each has helped to shape who you are. Respect those experiences, for they are your teachers.

Once you have done this, you’ll recognize how truly special you are.  And you know what else my friend? You’ll never let someone get comfortable disrespecting you.

Core processes of ACT Acceptance and Commitment Therapy (ACT) is a form of cognitive behavioral therapy that is designed to help increase psychological flexibility (Hayes, 2004). In counseling circles, we often hear about ACT but […]

7 Ways To Dial Down Perfectionism (E29)

How To Dial Down Perfectionism Hello and welcome to episode 29 of the Men’s Self-Help Podcast. I’m your host, Dr. John Moore. I’m a licensed Mental Health Counselor in Chicago, Illinois and I’ve been involved […]