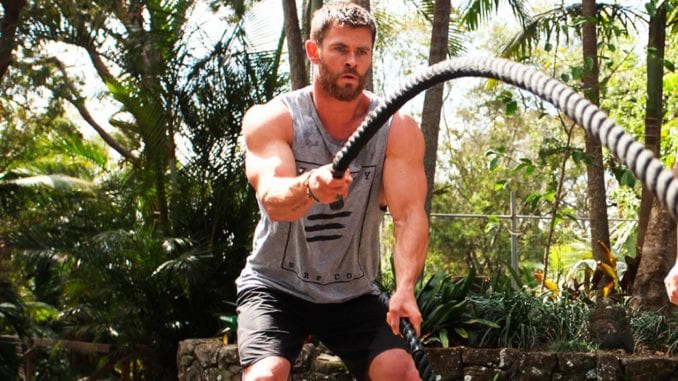 Trending news: Study suggests dads who exercise may help boost the intelligence of their offspring

If you are planning on having kids, upping your exercise routine may be a smart move – for your children.

If you are like most couples planning on having a child, you want your little one to have every possible advantage. This means introducing them to words early, exposing them to music, and even enrolling them in pre-school.

Shoot, some parents even show their kiddies flashcards containing times tables with the goal of stimulating deductive reasoning.

But is there anything that can be done pre-conception that can help boost the intelligence of a baby-to-be? According to a new study appearing in the peer reviewed journal Cell Reports  – the answer appears to be yes.

Specifically, it might be helpful if dads start exercising before impregnating their mates because it may positively influence new-born intelligence.

“Exercise changes the brains and sperm of male animals in ways that later affect the brains and thinking skills of their offspring,” according to information appearing about the study in the NYT.

This line of research involved a group of mice (all genetic twins) who were raised sedentary. Once they reached adulthood, half of them were put placed in cages that had running wheels, games, and various toys – all designed to stimulate cognitive functioning and their bodies.

More: Why men get grey hair

But the real news happened at the conclusion of that study. That’s when investigators realized that the offspring of the stimulated mice also learned faster and had stronger memories than the mice with parents that had been inactive.

Bear in mind that all of the mice grew up in the same environment.

So, the takeaway is simple. Males who exercise before making babies may give their kids a real boost in the smarts department.

Think of this the next time you want to blow off your workout.

Do You like to Use Free Weights or Machines? A big time hot topic around my gym and among body building in general relates to the topic of free Weights vs machines. Guys that I know who lift […]