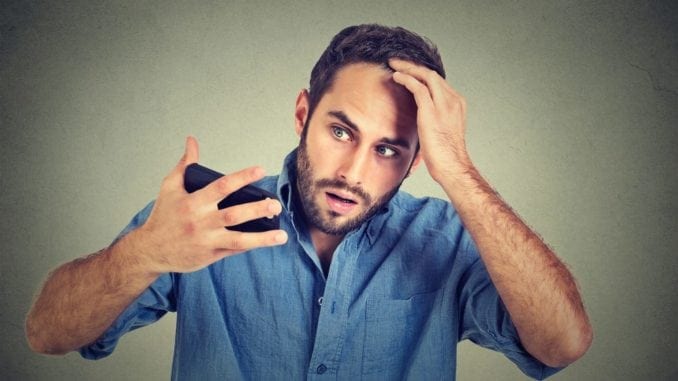 A new line of research about young men who lose their hair early in life may suggest an increased risk for heart problems. The study assessed around 2,000 Indian men under the age of 40.

According to investigators, men who experienced male pattern baldness and who also went prematurely gray were at a higher risk for heart disease.

Once adjustments were made for age and other cardiovascular risk factors, researchers arrived at the conclusion that male-pattern baldness puts men at 5.6 times greater risk of developing heart disease.

Guys who experience premature graying were at 5.3 times higher risk.

More: Young men more likely to be distracted while driving

“These factors may indicate biological — rather than chronological — age, which may be important in determining total cardiovascular risk,” he shared in a news release from the European Society of Cardiology (ESC).

According to reporting in the Chicago Tribune, some cardiologists believe much more research is needed in this area.

So, much larger studies involving “different patient ethnicities would have to be conducted to help tease out this finding to see if it occurs as a more widespread phenomena.”

Another cardiologist, Dr. Satjit Bhusri with Lenox Hill Hospital in New York City, also had serious reservations. Per comments in the Tribune, he sees no cause and effect.

“It should be reinforced to our balding and premature graying friends that there is no concern when it comes to risk-related heart disease,” Bhusri said.

More: Benefits of yoga for men

There were other factors included as heart disease predictors but weighed less than male pattern baldness, premature graying and even obesity, per the authors of the study.

Marco Roffi with the interventional cardiology unit at Geneva University Hospital in Switzerland stated that men are concerned about their heart can take concrete steps to stay healthy.

The research was presented at the annual meeting of the Cardiological Society of India.

It is important to note that findings offered at medical meetings are almost always considered preliminary until they appear in a peer-reviewed published journal.