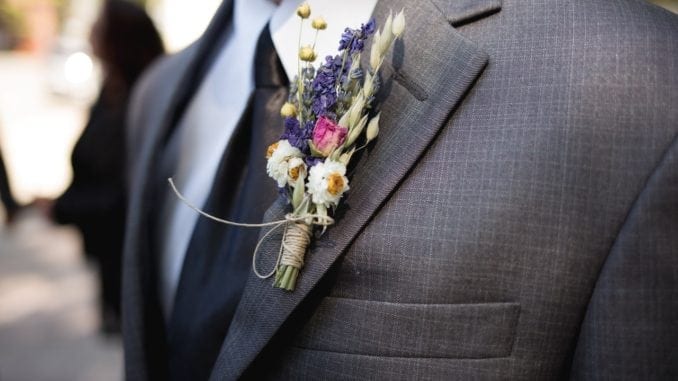 One of the topics that often comes up in premarital counseling is changing last names. Specifically, we’re talking about the long-standing custom of women dropping their maiden name and adopting their husband’s surname as their own.

Fifty-years ago, this kind of topic wouldn’t have come up in therapy. But because of changing cultural shifts, things appear to be changing rapidly.

New research may help to inform what’s going on. Much of it has to do with perception.

In a three-part study conducted in the U.S. and the U.K., Dr. Rachael Robnett of the University of Nevada, Las Vegas (UNLV) and her coauthors concluded that men whose wives retain their own surnames after marriage are viewed as submissive and less powerful in the relationship.

The research, published in Springer’s Sex Roles: A Journal of Research, is one of the very first studies to examine whether perceptions of a guy’s personality influences whether his wife adopts his surname or retains her own.

“The marital surname tradition is more than just a tradition. It reflects subtle gender-role norms and ideologies that often remain unquestioned despite privileging men,” stated Robnett, an assistant professor of psychology at UNLV.

What’s interesting is that Robnett’s study revealed that perceptions of these gender norms change based on the woman’s decision to take her husband’s last name.

“Our findings indicate that people extrapolate from marital surname choices to make more general inferences about a couple’s gender-typed personality traits,” she said.

In the first study, U.S. undergraduate students were surveyed. They were asked to characterize a man, based on the wife’s decision to retain her surname upon marriage.

Participants described the man using expressive terms, commenting that he was “caring,” “submissive,” “timid,” and “understanding”.

The next study involved participants from England (southeast region). They were asked to read a vignette about a fictional couple that was engaged.

Participants were queried about their perceptions of the women’s last name choice. The conclusion? Respondents perceived the man as higher in expressive traits and lower in instrumental traits when the woman retained her own surname.

The third study, which also used U.S. undergraduate students, focused on whether hostile sexism (or negative views towards women) helps to inform individual differences in participants responses to questions about power in a fictional marriage.

The respondents who strongly held to traditional gender roles and can be characterized as “hostile sexists” viewed a man whose spouse retained her surname as being disempowered.

“We know from prior research that people high in hostile sexism respond negatively to women who violate traditional gender roles,” Robnett said.

“Our findings show that they also apply stereotypes to nontraditional women’s husbands.”

How To Be That Guy And Get Any Girl You Want

How do you handle what life throws at you? You are sitting in a bar with your friends when a guy comes through the door. As he enters, he sees a cute girl at the […]

Muscular strength 101 If you are an avid gym goer, fitness enthusiast or student in an exercise physiology class, you’ve no doubt heard of the term muscular strength. But what does this really mean? Moreover, […]

Can Marriage Help Reduce Depression In Some Couples?