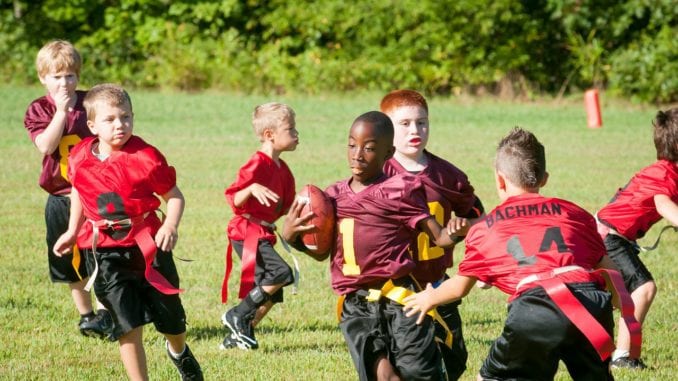 Coaching a kids team? Check these hacks out.

Are you thinking about volunteering to coach your child’s sports team? Coaching kids’ recreational sports can be a fun and rewarding experience that brings you and your child closer. However, being a coach isn’t always easy.

Here are 15 tips to keep in mind if you want to coach kids’ sports.

1. Make your expectations for parents clear.

When a child joins a team, the parents are ultimately responsible for what happens next. Parents must be committed to getting the child to practice and games as well as taking on any other necessary roles.

Before the season starts, put your expectations in writing. Announce times and locations for all practices and games if possible. Clearly state that you expect parents to behave responsibly toward you, other coaches, refs and players. Let them know that you will not accept negative language or actions.

Give all of your contact information and let parents know how and when to contact you if necessary.

You are going to enjoy some kids more than others. There may be one or two that you find it very hard to enjoy. Do it anyway. These are your players, and they are children. The kids who are hardest to handle may be those who need your encouragement the most.

Make it a priority to smile and say hello to the kids as they arrive. Use their names, and at least act like you are glad to see them.

Have a schedule for each practice. Designate times for warm-ups, drills, games and scrimmages. You can always change the schedule as needed, but it’s important to have a framework.

Search the internet or talk to other coaches about games you can use to teach kids’ skills, and incorporate something fun into every practice.

Establish an environment of respect at the very first practice. Let the kids know that you expect them to respect you and lay down some rules. For example, you might tell them that every time you blow the whistle you expect them to stop what they are doing and give you their immediate attention. Then practice that several times and enforce the rule.

Playing on a recreational team is fun, but no one is going to have a good time without some structure. The rules should be that they not only have to respect you, but each other as well. And then be sure to treat them the same way.

Teaching beginning sports skills should always be an upbeat, positive experience. Encourage kids, even when they don’t play well. Reward them for trying and be patient as you make corrections.

Asking a child to do the same thing for the fortieth time can be frustrating but don’t show it. Negative reinforcement shouldn’t be used in teaching skills, only when confronting serious discipline problems.

6. Listen to your players.

Kids are always going to have ideas and suggestions, and many times they are going to be ridiculous. However, you should show them the courtesy of listening to what they have to say. When you can implement their ideas, make every effort to do it. It will build their self-esteem and help them feel like an important part of the team.

7. Teach kids to encourage each other.

Remind the kids that they are on a team and that working together is important. Teach them to encourage, rather than criticize, each other. Don’t make comparisons or set up rivalries so kids will work harder to be better than someone else. That diminishes the team.

Require kids who are on the bench to pay attention to the game and shout support to their teammates.

Kids learning a new game aren’t ready for complicated plays or strategy. Focus on the basic skills of the sport. Teach kids broad skills like kicking toward the goal or always throwing to first base. They shouldn’t be making strategic decisions but rather learning the fundamentals. When you think they can handle it, try presenting one or two simple plays.

9. Model respect for the refs.

Teach kids to respect the refs at a game by respecting them yourself. Don’t argue about calls, tell the kids that you think the ref is biased or call the ref names when the kids can hear you. Your example is not only for the children, but for the parents as well. Never forget that you set the tone for the team.

Everyone wants to win, and it’s tempting to concentrate on your best players. But in recreational sports, everyone should have equal playing time and get to try every position. This means that a player who is terrific in one role should be encouraged, or required, to try other positions as well.

Be very aware of who plays and write down a schedule if possible. If you accidentally leave a player out, that child’s parents are likely to notice. Don’t give more attention to kids whose parents are helping you coach and be careful not to forget the child whose parents don’t show up at games or practice. That child might benefit from your attention the most.

Make sure that your team is a safe environment for every child. Being picked on does not help children develop in positive ways. Don’t allow players to say demeaning or abusive things to each other, and don’t turn a blind eye to bullying behavior whether it is physical or verbal. Address it immediately, make it clear that you will not allow it and get parents involved if necessary.

While you should listen to and respect your players, you are the coach. You are the one who decides which positions kids play, what happens at practice and when it’s time to work instead of goofing around.

Your players are probably going to nag you for particular positions and activities. Resist the urge to let them make the decisions. When you make a concession, the problem only gets bigger. Many coaches find it best to let kids know that if they ask for something, the answer will be no.

You may dislike the coach on the other team. You may think the other team is full of cheaters and liars. Don’t express these thoughts to your players.

Always teach kids to treat the other team with dignity and respect, no matter how badly the other team is treating them. Don’t allow your players to say hateful things to or about another team. Instead, put the focus on supporting each other.

When you hear negative feedback about your coaching, consider whether or not it could be valid.

Some criticism may not be worth fighting over. For example, maybe you don’t mind sugary snacks at games, but many of the moms would prefer something more nutritious. It may be a good idea to address their concerns by asking snack moms to select only from a list of healthy options.

Be open to change if it makes sense, but don’t compromise your rules just because someone else doesn’t like them. If you hear gossip about criticism, it’s usually best just to ignore it.

Many recreational leagues don’t even keep track of winning and losing. That’s not because there’s anything wrong with competition but because it shouldn’t be the focus.

Real success in kids’ sports is not about winning games at all. You’ve been successful as a coach if you’ve taught children about teamwork and responsibility and if you’ve helped kids become better at a sport they enjoy.

Many of the kids you coach aren’t going to continue to play the sport in high school and college, and chances are very low that any of them will make sports a career. But they will all be able to better negotiate life through skills they learned in sports. You aren’t helping creative future sports stars. You are participating in equipping young people for their lives.

Coaching sports is something wonderful you can do for children. In the role of coach, you have an opportunity to positively impact young lives. Keep your team on track and yourself from burning out by considering these 15 tips for coaching kids’ sports.

Does It Really Matter if Aaron Hernandez was Gay?

News Analysis: Some in the media need to do a better job of dispelling stereotypes You probably have already heard about rumors that began last year: Aaron Hernandez was secretly gay and ended his life […]

How To Win At Being a Dad In Three Steps

Dad skills made simple What makes a father a good dad? It’s important to outline the distinction between just being a father and truly winning at being a dad. A good dad is supportive, nurturing, […]

7 Goal Setting Mistakes That Hold You Back From Success

Do you make these goal setting mistakes? New Years resolutions. Sales targets. Weight loss. Goals surround us. Strap on a smart watch or pocket your phone, and goals will track you while you sleep, and […]