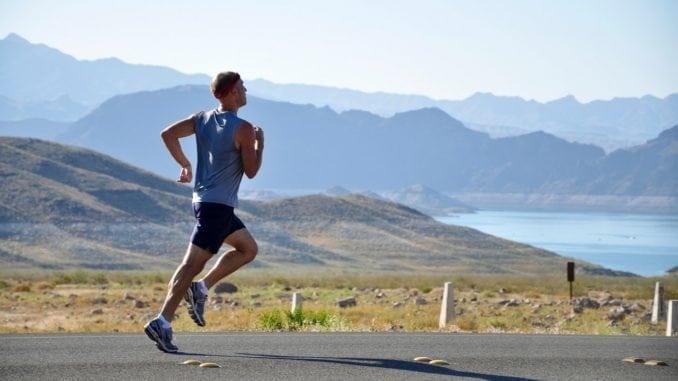 Have you ever wondered about the potential link between working memory and physical fitness? Does it just make sense that living a healthy lifestyle helps with mental skills?

Thanks to science, the answers are becoming clearer.

A new study conducted by Mount Sinai researchers discovered a positive relationship between the part of the brain responsible for working memory and lifestyle traits, such as higher physical endurance and better cognitive function.

The research has been published online in Molecular Biology.

What is working memory?

In a nutshell, working memory can be defined as the ability to store and process material connected to the task at hand.

For example, recalling the necessary steps needed to make a specific meal.

The study’s investigators found that improved cardiovascular conditioning and enhanced cognition were connected to greater functioning of the working memory brain network.

Using a statistical method known as sparse canonical correlation [see link], the team sought to assess the relationships between the working memory brain map and physical and mental health along with 116 measures of cognitive abilities.

Lifestyle choices were also factored into the equation.

The team discovered that cohesiveness in the working memory brain map was positively correlated with higher physical endurance and better cognitive function.

“Working memory is also one of the brain functions that is severely affected by physical and mental illnesses. Our study identified factors that can either support or undermine the working memory brain network.

Our findings can empower people to make informed choices about how best to promote and preserve brain health.”

Now you have even more reason to hit the gym, reduce alcohol intake and stay away from cigarettes.

Memory May Be Boosted By Small Amounts of Anxiety

Short Version New research suggests that a little bit of anxiety may be helpful with boosting memory. But too much anxiety can diminish any benefits. Long Version We’ve all been taught to associate anxiety as […]

10 Ways You Sabotage Your Fitness Goals

Do you engage in these self-sabotaging behaviors? Have you ever started working on a fitness goal, only to become derailed? In the end, did the experience leave you feeling frustrated? If the answer is yes, […]

Cam Gigandet Ab Workout from Never Back Down Movie

Cam Gigandet Abs Workout  – With Diet One of the tightest abdominals you will ever set your eyes on comes from Tacoma, Washington born Cam Gigandet. The guy has a lot of fans, many who […]