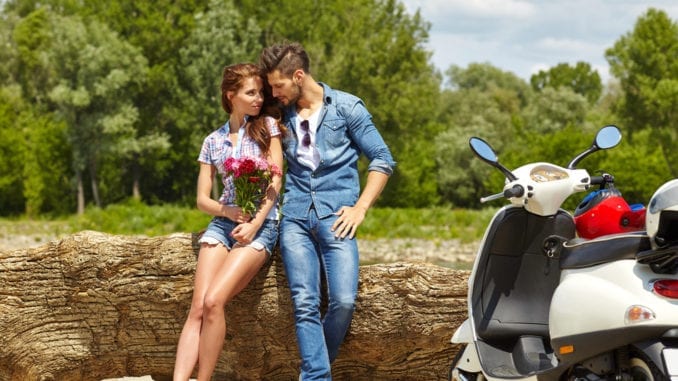 Buying flowers for women? Do people even still do that? The answer is yes and here’s why you should give your significant other a bouquet of flowers.

It’s a nice gesture. You know that much but giving a woman flowers can mean different things. Afterall, flowers are symbols. The color, the scent, the occasion, the arrangement – all these details can give your girl subtle, silent cues about how you view her role in your life.

You’d think it’d be easy. You just pop into a supermarket or a flower shop and buy something that looks and smells nice. Hang on; there’re levels to this flower thing, guys. Why do you think there are so many different types of flowers on display? You might be trying to set-up a sexy anniversary date but wind up telling your girlfriend you just want to be friends. Believe it or not there’s a flower for that.

Flowers are useful symbols that help you express love, sorrow, remorse, and happiness.

Nobody can put an exact date on when flowers were first used as a gift. In ancient times, flowers were used as sacramental offerings for the gods and goddesses. It was thought that you could expect certain favors from them if you gave them their favorite flowers. You can find flowers in the myths of ancient Romans, Greeks, Egyptians and the Chinese.

Eros, the god of love in Greek mythology carried red roses. The lily was a symbol of the goddess Hera. In one story, the beautiful Narcissus was turned into a daffodil. The water nymph Clytie loved Apollo so much that she was transformed into a sunflower. Flowers are everywhere in ancient mythology.

In modern times, flowers became popular as gifts and symbols for everyday people after Lady Montagu visited Turkey in the early 1700s. While there, she witnessed harem girls using flowers to convey secret messages to their lovers.

When word of her discovery reached Victorian high society back in Britain, the language of flowers took root. It was like the first form of text message or emoji. You could give your crush a “like” by presenting her with an oleander and red tulip combo. You could signal that you were flattered but not interested by simply turning the tulip upside down.

Luckily, we have text messages now. So, there’s no need to get your signals crossed over which flowers to send when you simply wanna hook up. Those Victorian rules of flower etiquette are long gone, but to some extent the rules of flower giving still apply. 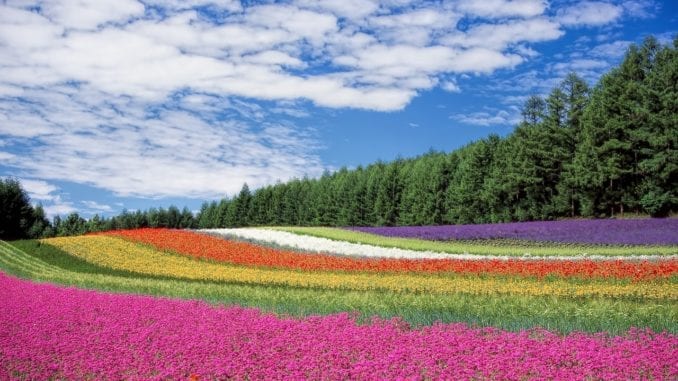 If you want to stimulate your partner’s romantic side, then there is little substitute for a dozen red roses. It’s the perfect way to set the mood. You can sprinkle red rose petals on your bed or garnish the dinner table with them. You can even incorporate a red rose into your intimate foreplay.

Yellow flowers tend to dull the romantic sentiment somewhat. They are usually meant to convey ideas of friendship and general affability. Yellow flowers such as the lily, snapdragon and the pilgrim are wonderful Mother’s Day gifts. You can also use a yellow rose and lily arrangement to perk up your wife’s bathroom or kitchen.

White flowers tend to carry heavier meanings than yellow flowers, which is odd given that they have a blank color palette. If you did something wrong and you want to call a truce with your lover, then you should try giving her a bouquet of white roses. White flowers are also the preferred color for weddings. They symbolize purity and new beginnings.

Related: How to write love letters

Purple flowers are the ideal anniversary choice. Purple is the color of royalty and symbolizes dignity and triumph. When you give your wife purple flowers on your anniversary, you’re letting her know that you are proud of how far you’ve come, and you have the utmost respect for your union. Purple Freesia and white roses together are a beautiful combination, tying in the newly budded feelings from your wedding with the regal pomp of your anniversary.

The answer to that question is difficult to ascertain because all women are different. As women lean away from traditional roles, it’s possible that fewer women will appreciate flowers as a romantic gift. They might even view it as an “easy-fix” effort on your part to atone for some wrongdoing.

It’s backfired on me, too. One day I brought flowers home to my wife because I thought she might like them. As soon as I walked through the door with a fresh bouquet of red roses, she asked me, “What did you do, or should I say who did you do?” I spent the rest of the evening stuttering my way through a play-by-play of my whole weekend.

Yet, there have been several studies on how women generally feel about flowers. A 2005 study conducted by researchers at Rutgers University tested the response of women to the gift of flowers. In the study, 100% of female participants exhibited a genuine physiological response to being given a bouquet of flowers.

A different study that was published in the journal Social Influences in 2011 found that women were more receptive to romance when flowers were present. In the study, 46 female college students were asked to observe a man while some of them were sitting in a room full of flowers. Some of them were in a room without flowers. Women in the flower room were more likely to find the man attractive and expressed a willingness to date him.

The lead researcher theorized that the flowers provided an environmental cue for the women in the study to express their romantic feelings. The flowers could have also played on their minds sub-consciously by hearkening memories of Valentine’s Day, weddings and other romantic situations that are commonly associated with flowers.

Buying flowers for that special lady in your life is a cool thing to do. It’s still romantic and it still works. The symbols and secret meanings are also kind of cool when you think about it. What better way to say you’ve been faithful all these years than by handing over a bouquet of violets with a white ribbon tied to the right.

Psychologists seem to think that women still respond favorably to flowers. I think my wife would have responded better if I bought her flowers more often. It’s little trouble and you can find some at the grocery store. You shouldn’t wait for Valentine’s Day or an anniversary. Truthfully, any day can be a special occasion to put a smile on your lover’s face.

A Man’s Guide to Choosing Leather Bracelets and Wristbands

Men’s Leather Bracelets Guide Are you looking around for men’s leather bracelets? Have you wondered about which one would look best on your wrist? If so, you’re not alone. In recent years, the leather bracelet […]