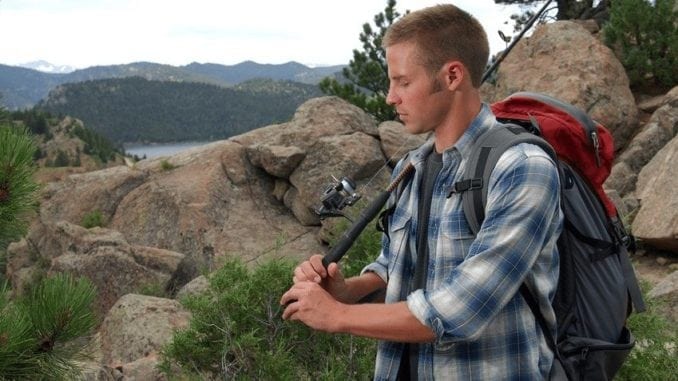 Are you a man that loves the outdoors? Have you always gravitated towards nature? Does the thought of being around wildlife and the natural elements spark your sense of adventure?

If you can answer yes to these questions, there’s a good chance you were born to be an outdoorsman.

What is an outdoorsman, exactly?

Many people describe outdoorsman as people who are deeply connected to outdoor sports and recreational activities. Examples include hiking, fishing, hunting, and camping.

While there is no universally agreed upon definition, here are some typical characteristics of this type of man:

Think you were born to be an outdoorsman? Check out this list of seven personality traits that are common to this type of guy.

1. You love being in nature

Ever since you were a boy, you’ve always gravitated toward nature. When in the presence of natural elements, you experience a deep sense of inner peace and calm.

When you have free time, like extended weekends or holidays, you greatly prefer spending time on a hiking trail or fishing as opposed to being around lots of people.

Men who are outdoorsman generally like learning new skills. Activities run the gamut, from learning how to build a survival fire to picking up archery hacks for hunting.

Outdoorsman typically like to use and build upon previously obtained skills. These include enhancing situational awareness as part of mindfulness-based living.

If you had to choose a term to describe yourself, you likely would choose rugged. This label is as much of a mindset is it is a lifestyle.

Rugged men typically have strong personality types and a well-developed sense of character. They sound the horn of a certain trumpet and do not apologize for who they are.

Most guys who think of themselves as outdoorsman channel an adventurous vibe. They naturally gravitate towards new experiences; particularly those involving the unknown.

Fishing, camping, and hunting are conduits to these experiences. So are hiking and backpacking. A typical belief of many who love the outdoors is: It’s not about the destination but instead, the journey.

There’s something very primal about engaging in fishing and hunting activities. Scientists believe this may be lined to primal instincts, which naturally become activated for the outdoorsman.

In this way, you are reconnected with your ancestral hunter-gatherer roots, which according to the geologic time scale dates back to the later part of the tertiary period; approximately five to seven million years ago.

In the psychological sense, guys who gravitate towards outdoor activities tend to be somewhat introverted. This does not mean you don’t like people or being around the presence of others. Instead, you like independent activities or being with a small group. Close friends and family, for example.

You crave this time outdoors because it increases your ability to be self-aware. Because you learn mostly through observation, being outside feeds the essence of your inner core.

The final personality trait of outdoorsman is the reparative benefits that are derived from being near bodies of water or the wilderness.

Most men who engage in activities like camping, fishing, hiking and the like describe their time in nature as restorative.

For example, if spending time hiking a mountain restores your mental and emotional batteries, take it as a sign you were born to be outdoors.

A Word from Guy Counseling

Outdoorsman can come in many different varieties. Some love to hunt while others not so much. More than a few focus their energy around certain activities, like mountain camping or hiking.

One doesn’t need to be an expert fisherman to be an outdoorsman either.

When you consider this term, think of a man that has a well-rounded appreciation for nature-based activities. The key feature is a longing to be one with the land in a way that is deeply engrained into the psyche.

How many of the traits described above applied to you?

Does Your Messy Office Signal You’re a Neurotic Jerk?

Trending News: New study draws link between messy offices and personality issues. Look around your office for a moment. Is it neat and clean? For example, are papers stacked into piles or are they scattered […]

Bass Fishing Tips We all relish the time that we get to spend with fishing. Our night before is filled with organizing tackle, checking the line, and inventorying our gear. We rise early with smiles […]

7 Wilderness Survival Skills Every Guy Should Know When Lost Outdoors

WILDERNESS SURVIVAL SKILLS Even the most experienced outdoorsman can find themselves suddenly lost in the wilderness. There are several reasons for this, including unfamiliar terrain, bad weather or a lack of visual markers. Other factors […]