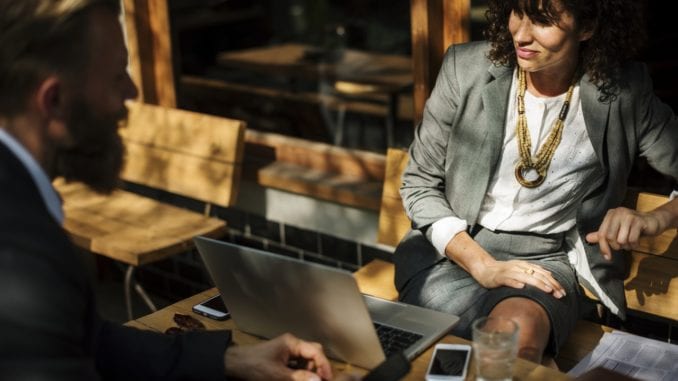 Thinking about having an office affair? Are you crushing on a coworker and hoping something happens? Do you get the sense an office-mate wants to hook up?

If you are answering yes to any of the above, you wouldn’t be alone. The topic of office affairs comes up frequently in counseling.

Essentially, here is what people want to know:

Some reading this will think the answers to these questions are a no-brainier and say: “No – on all counts!” After all, everyone knows romantic workplace relationships are a bad idea – right?

The hard truth is over half (51%)of Americans have had some type of intimate relations with a coworker during the course of their working careers (Vault Careers, 2015).

But wait, there is more.

The same line of research cited above shows that 47% of people who participated in this study knew of an office mate’s infidelity.

The point is even when you think the relationship is a “secret”, it’s likely not. In my experience, people have a way of intuiting things, particularly when they smell a connection between co-workers.

What follows are 7 reasons why office affairs are a bad idea. Before diving too deep, it’s important I say that each work environment is different.

Your employer may have no problem with co-workers dating. On the flipside, they may strongly frown on it. That’s why it’s a good idea to check your organization’s policy.

That said, the material shared below represents the collective negative consequences clients have shared with me over the years. Take it for what it’s worth and apply what feels right to your personal situation.

1. Things can get weird

At first, everything can seem amazing when you get it on with an office-mate. There’s the danger and secrecy of it all. But after the excitement starts to fade, things can get weird – fast.

Example: How will you react when your co-worker starts to talk about dating other people? Will you feel rejected, angry or sad? How will this impact your work?

2. Promotions can be tricky

Assume for a moment you are sleeping with a cube-mate. The passion is high and the connection is strong. Now imagine you get promoted to manager – your cube-mate’s manager.

Will you be able to supervise this person? Are they really going to respect your authority? Acnd what if this individual got passed over for the promotion that you were just given. Will this complicate matters?

When two people who work together start hooking up, other people can tell. It doesn’t matter how much you try to hide it, they have a way of finding out.

How will your coworkers react to the romance? Will they gossip about your relationship and spread your business everywhere? Could this cause problems for you or your cube-mate down the road? Food for thought.

4. Getting busted by a spouse or partner

If I had a dollar for the number of times a spouse (or partner) found out about their mate’s affair with a co-worker, I’d be rich. Well, maybe not rich but certainly well off.

Here’s the thing – spouses (particularly women) have a way of knowing when cheating is going on. I can’t explain why and am not going to try. They just do.

And when the bust goes down, sparks usually fly. More than once, I’ve seen situations where an angry spouse makes contact with the “other woman” or “other man”. It’s almost always ugly and uncomfortable.

You might think that if two people consent to a relationship, there’s no danger of a sexual harassment charge. But the hard truth is things like this happen all the time.

There are many reasons for this, including jealousy over job advancement, differences in compensation, and general miscommunication.

I’ve also seen situations where blackmail is used by a jaded lover who threatens to “go to the company” unless certain demands are made. And if you think it’s women doing it, think again. I’ve seen both.

I’m not saying this is the norm. It’s not. But it does happen. Do you really want to place yourself in that situation for a quick fling?

When your colleagues become aware of your romance, they’ll start to watch things closely. This means all the private lunches and breaks you take with the person you are “getting with” are observed.

It’s possible nobody will care. But it’s also possible your coworkers will get jealous and start accusing you both of slacking off. I’ve seen it more than once and it has killed perfectly good careers.

Does this mean your gossipers are bitter, unhappy people? Perhaps. But that doesn’t really matter. But what is important is your job and ability to support yourself with a paycheck.

The final reason you should avoid office affairs relates to your reputation. This goes back to people gossiping, engaging in water cooler chit-chat about things you think are personal. Except they aren’t.

Over the course of time, your professional image can start to become damaged. I’ve seen situations where men have been labeled as “womanizers” and conversely, women called “skanks”.

Obviously, none of it is right and I certainly don’t agree with such conversations. But they still happen. In the final analysis, is the affair worth it – really?

If you are contemplating having an affair with someone at work, think hard about the potential consequences. Some companies are requiring employees to sign “love contracts”

That’s a fancy term used to describe a written agreement that outlines the particulars of an office romance while inoculating the organization against lawsuits.

But here is the thing – once you sign that agreement, you are admitting you have something going on. And that document stays on your permanent work record.

Is it really worth it?

How To Flirt With A Girl The Right Way

A no BS way on how to flirt with a girl that works A friend recently sent me an article that got a couple of hundred thousand hits and it was about flirting. I read […]

My Girlfriend Wants a Break, Says She “Needs Space”

When she wants to pause the relationship and asks for space His Question Recently, my girlfriend told me that she wants to take a break from our relationship. According to her, she needs space to […]