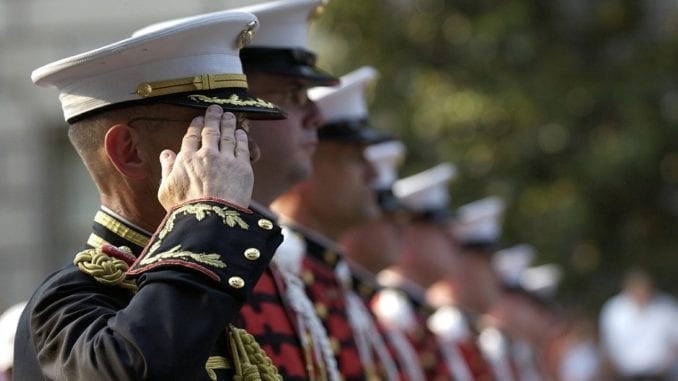 New law restores money to veterans who were improperly taxed.

If you are a U.S. military veteran, this blog post might be one of the most important news stories you’ll read this year. That’s because you could stand to gain a large tax refund from Uncle Sam.

Thanks to the 2016 Combat Injured Veterans Tax Fairness Act (CIVTFA) that went into effect in 2017, over 133,000 former veterans may qualify for a serious chunk of change.

Sometime over the next month, Defense Department officials will be sending out notification letters to vets to advise they may be eligible for the refund.

The Marine Times reports that people who qualify will have a year after receiving the notice to claim their refund. The CIVTFA mandates the Department of Defense identify veterans whose benefits were incorrectly taxed in the past.

The notification letter will include information about the number of disability payments that may have been affected plus detailed instructions on how to apply for the refund.

Apparently, an amended tax return will need to be completed in order to get the money.

The current federal law stipulates that any service member who suffers a combat-related injury and becomes separated from the military receive a one-time, lump-sum payment. The amount is determined by rank and years of service.

The payout is not supposed to be taxed.

Unfortunately, the Department of Defense (DoD) took money out anyway. Part of the 2016 law requires the DoD stop this practice immediately.

The Internal Revenue Service and the DOD have been working together to clarify the process, according to comments made to the Military Times by Army Lt. Col. David Dulaney, Executive Director of the Armed Forces Tax Council.

CIVTFA is designed to restore money taken from vets dating back as far as 1991. The amount you may qualify for will largely depend upon the amount of time you served and your exit rank.

To learn more, visit this post from The Tax Adviser and keep your eye on the mail.