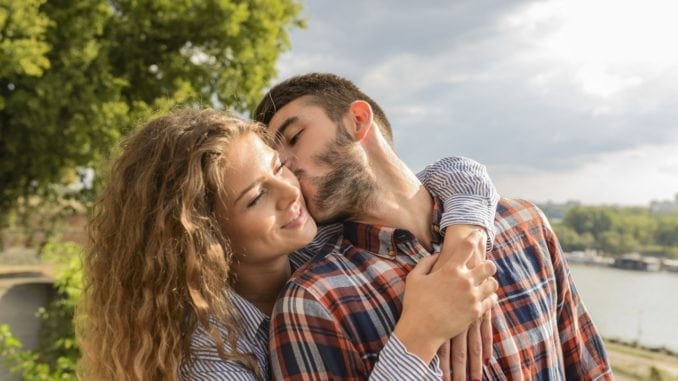 A new study suggests yet another benefit to mindful living.

If you are a person who follows the latest trends in wellness, you’ve no doubt heard of the concept of mindfulness. That’s a ten-dollar term used to describe a dynamic where you focus your awareness on the here and now.

Some people think of mindfulness as a form of Zen whereby you channel your inner Yoda to fully embrace the present using your five senses.

Examples include choosing to listen to the sound of chirping birds instead of beating yourself for a past mistake.

Another example might be meditating and acknowledging your thoughts, regardless of content, as they pop up in your consciousness.

So, instead of ruminating about that dream you had about rats, you simply allow yourself to “be” with the unpleasant imagery until it passes.

At any rate, we’ve known for some time now that living mindfully carries many benefits. Examples include less stress, reduced anxiety, and greater happiness.

But what researchers have always wondered about was the impact of mindfulness on sexual satisfaction. Thanks to a new study published in the Achieves of Sexual Behavior, we may finally have an answer.

Investigators surveyed over 800 participants that came from two groups. The first consisted of individuals who were in committed, long-term relationships (407). The second was made up of people who identified as single (400).

What the researchers discovered across both groups was kind of remarkable: people who engaged in mindfulness reported being more satisfied with their sexual experiences than individuals who didn’t practice mindfulness.

The implications of this study are important because it may offer a tool for mental health clinicians to help clients work through intimacy problems.

“Mindfulness really is a way of life that extends to a number of areas, including the bedroom,” said Alan Tsang, a licensed psychotherapist who Guy Counseling spoke to about this study. “But living in the here and now and focusing on the moment doesn’t happen overnight. It takes time, practice, and patience,” Tsang adds.

So, if you are hoping to experience a boost in your sexual satisfaction, it may be a good idea to start practicing a little Zen. If you are new to this concept, trying to a simple body scan.

Now it’s time to turn the mike over to you. Do you practice mindfulness? If so, has it helped to increase satisfaction in the bedroom?

“I’m always the one having to initiate” Are you in a relationship with a partner who never initiates sex? Does the situation bother you, causing you to question if they truly want you? Tired of […]

5 Ways of Knowing Your Condom Is The Wrong Size

Telltale signs you need something different Believe it or not, there are more than a few guys who struggle with condom size. Please understand this isn’t because they are “massive” or some other silly reason […]