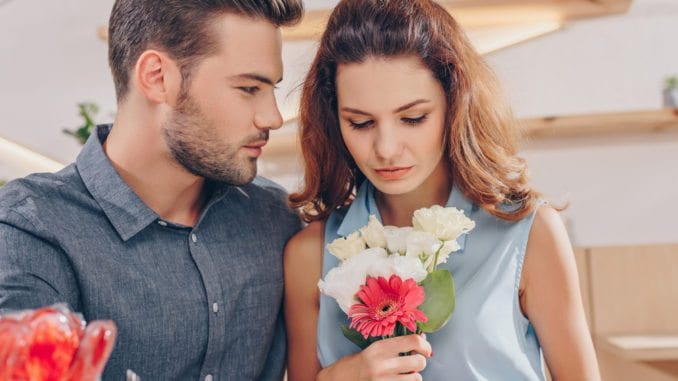 If you think women won’t date you because of your looks, think again.

Are you a man trying to find love? Have you been on the dating scene for a while now? Do things start off well with the women you meet, only to collapse after a few encounters?

If the answer is yes, you wouldn’t be alone. In my work as a counselor, I’ve worked with lots of guys who have shared with me their dating woes with me.

The most frequent complaint I hear from men goes something like this: “For whatever reason, she just didn’t want to take things further.”

Let’s face it guys – when you get turned down a lot, rejection has a way of taking a toll. Some men get so frustrated that they swear the entire dating thing off, choosing instead to isolate.

As one 30-something year old recently told me, “Why bother with this BS? It’s better to be alone. Meeting someone just isn’t in the cars for me.”

If you are in this place, there’s a good chance you may be questioning your looks. As a result, it’s possible you’ve even started to believe you aren’t datable. Can you relate?

Well, let me tell you brother – because someone needs to – your appearance had nothing to do with it. Instead, your problem is most likely linked to how you are coming off.

After all, if you are reading this blog, there’s a good chance you take care of yourself. Specifically, I’m talking about how women perceive you during those first few critical interactions.

So, what’s really going on? Why are women pulling away from you so quickly after meeting? More importantly, what can you do about it?

Obviously, I can’t be sure. But I can say that based on private conversations I’ve had with women during counseling, there are usually 7 specific behaviors that turn them off. Think of them as deal-breakers; traits that repel women like bug spray.

Some of these may seem obvious. Others, not so much. I encourage you to read them all to gain new insight. The list isn’t exhaustive. It if were, this post would never end. But the behaviors listed below represent the biggies. 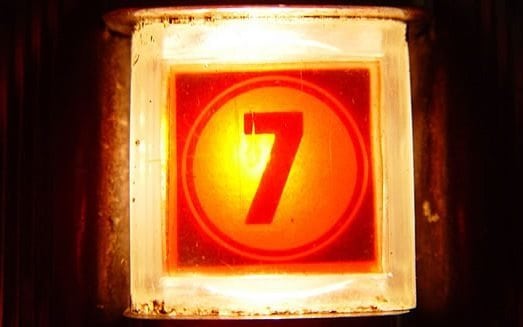 You are amazing at your job and have the results to prove it. Because you are competitive, you love talking about your accomplishments.

When you are with your friends, they eat it up. In turn, they do the same and regale you with stories about how they landed the “big account”.

That’s all fine and dandy. A lot of guys like channeling their inner alpha by boasting their career accomplishments. For some men, it’s how they keep score.

But here’s the thing – if you talk too much about work on dates, the woman you are with will eventually look for an exit. The hard truth is she doesn’t want to hear you drone on forever and a day about the office.

Instead, she’d prefer you talk about topics that hold mutual interest. It can be anything really; from movies to sports to the coolness of your car. The point is to find something – anything to converse about other than your job.

And while you are at it, what would it be like to ask questions about her life? What does she like? What holds her attention? Just food for thought.

2. You are too clingy

This is a terrible one to list but it simply must be mentioned. Nobody likes clingy people, particularly women who are just getting to know you.

There’s no reason to text her several times throughout the day to “check in”. And you aren’t helping yourself by asking, “Is everything OK?” when you don’t speak to her nightly.

You need to trust in yourself and the universe that if she likes you, things will unfold organically. But if you are regularly fishing for compliments or getting all paranoid, you’ve got to know it’s turning her off.

Think about it. Do you like clingy women? If the answer is no, why on earth would you think she’d want to be with a codependent man? Time to work on your self-confidence.

When you are out on dates, do you talk about your mom a lot? Does she float in and out of conversations for no particular reason? Have there been situations where your mother has texted when you are out with someone?

It’s like this – some communication with a parent is a good thing. It demonstrates that you are a good son. Heck, there’s even an argument to be made that family is important to you. There’s nothing wrong with occasional check-ins.

But if it seems like your mother controls you like a puppet, that girl you are dating will absolutely notice. And the last thing she wants to attach to is a momma’s boy.

Women like guys who are independent. That’s not to say you should act like a distant and remote jerk. But it is to say you’ve got to show that you can stand on your own two feet and make decisions on your own without mom’s approval.

4. You can’t do anything without a drink

Man, I really don’t like having to list this one because you may get the impression that alcohol is off limits. It’s not.

Instead, I’m talking about being “that guy” who regularly reaches for liquid courage because you rely on it for emotional lubrication. I

Translation: You can’t let your guard down unless you’ve tied a few on.

Here’s the deal. Women like men who expose their vulnerable side. They don’t want to be with someone who regularly needs alcohol to open up.

Yes, I know that we men are inculcated not to talk about our feelings. It’s one of the main reasons so many of us are secretly depressed.

That said, you’ve got to be OK with letting your guard down occasionally. But if the only way you can do this is with a glass of whiskey sour or a can of beer, you may be sending the wrong message.

There’s nothing wrong with wanting to look at her pictures. We’re men – we’re programmed to be visual. In today’s world, gifs and vids are part of the landscape.

That said, understand that when you ask her to send a “cute pic” right out of the gate, it’s a huge-turn off. By cute pic, I’m talking about the adult stuff (read between the lines).

Here the deal on this one. When you request (or send) those kinds of pictures, it gives the impression that you are just looking for a hookup.

Not that there’s anything wrong with wanting a physical connection. But if you really are seeking a romantic bond, stop making these requests.

The current body of research tells us that people who receive certain types of pictures share those images with friends. Don’t take my word for it. Instead, check out this Indiana University research study on the topic.

And here’s the thing – on some level, she probably knows this. She’s aware that by sending something revealing, it could be shown to someone else. And I’m here to say that based on the conversations I’ve had with women, that’s the last thing they want.

So, if you are doing this – now is the time to stop. The only thing you are doing is killing the baby in the cradle before it has a chance to grow.

When you go out on dates, are you looking for the cheapest possible venues? When the bill comes, do you insist on splitting things down the middle each and every time, right down to the last penny? Do you avoid social avoid social events because you don’t want to spend the money?

If you are doing this, you need to stop – immediately. That’s because women don’t like cheap asses.

This isn’t to say you shouldn’t do dinner Dutch, particularly in the beginning. But if the focus is always on the money and you not spending it, you run the risk of coming off ass a tightwad. If I had a dime for each time a woman told me they cut things off because of this reason, I’d be rich – for real.

The point is to use common sense here. The way the universe works is to give without the expectation of receiving. No, you shouldn’t be a fool and whip out your wallet for everything. Just don’t be “that guy” who keeps tabs.

7. You are too negative

This last point is probably obvious but worth mentioning all the same. If you are constantly putting others down, including past girlfriends, co-workers or other people in your life, it’s a red flag that you aren’t a nice person.

That’s not to say you should be all Pollyanna and talk never complain about anything. Shoot, we’re all human and have good days and bad ones. But if you never have anything nice to say about others, what impression are you leaving with your date?

I’ll tell you what women are thinking, based on my conversations: “If he talks this way about [fill in the blank], what will he say about me when I’m not around?”

The point is to find something – anything to say that is kind about other people. You’d be surprised how this changes your situation.

Well, there you have it. Seven honest reasons women won’t date you. Hopefully, what’s been shared here will set off a few light bulbs.

Remember, it’s not about your looks. If that were the case, she wouldn’t be talking to you in the first place.

Rejection and online dating In a love relationship, everything is not so simple. It would be nice if things were going like in a fairy tale: you find a beautiful woman, offer her to make […]

What To Do When She Doesn’t Want a Second Date

Women keep rejecting you for second dates. What can you do? Our dating gurus give practical guy advice on real-life issues His Question Hi, Gurus, I’ve got a very basic problem that I’ve struggled with […]