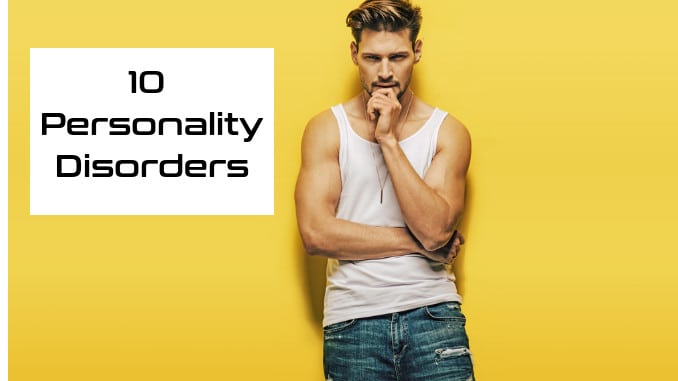 Searching for information on abnormal psychology? Hoping to understand what it means to have a personality disorder? Trying to find material that offers insight, devoid of confusing terms?

If the answer is yes, you have come to the right place. I created this page to help people just like you better understand abnormal psychology and contextualize the various personality disorders in human terms.

As a college professor who instructs graduate level courses in mental health, I know many people are interested in this topic but not sure where to turn for answers.

Simply put, abnormal psychology is the branch of psychology that explores unusual patterns of behavior in humans, including emotions and thoughts, which can (but not always) be part of an existing mental disorder.

Our personalities are what make us who we are. It includes our unique traits, patterns of behavior, and views of the world that differentiate us from everyone else. When people have a healthy personality, they possess the skills to enjoy life most of the time.

They deal with stressful events as they come up and then move on. Individuals with a healthy personality can hold down a job, care for a home, and have satisfying relationships with many people.

This is a sharp contrast to someone who struggles with various forms of abnormal psychology. Specifically, we’re talking about personality disorders. Relationships are baffling to them and they don’t connect easily to others. To cope with the anxiety of everyday life, those with a personality disorder may compensate by becoming as rigid as possible.

While they are inflexible and exasperating to deal with at times, those with personality disorders usually see everyone else as the problem. They often withdraw from life and take little pleasure in socializing with people.

Tell-tale signs of a personality disorder include inflexibility when relating to others, distorted thinking, and chronically faulty perceptions of the world. Those who know the person describe him or her as being somewhat off from an early age.

Most personality disorders are recognizable by early adolescence and continue into adulthood.

A personality disorder is not a mental illness. People who have them learn to adapt and usually lead a relatively normal life, even if it’s only by their own standards. It’s common for signs of the personality disorder to let up considerably by the time a person reaches middle age.

Most people with a disordered personality function okay in society, though many prefer to spend most of their time alone. After a lifetime of others seeing them as just plain weird, they are reluctant to trust anyone.

The likelihood of developing a personality disorder is much stronger for people with a genetic predisposition and among those who experience multiple traumatic events. Developing a rigid personality is often the only way children know how to cope with situations that are beyond their control.

Unfortunately, this fails to serve them as they grow into adulthood and ends up causing more problems than it solves.

Below you will find 10 different personality disorders commonly seen in abnormal psychology. All have been synthesized through the DSM, short for the Diagnostic and Statistical Manual of Mental Disorders, published by the American Psychiatric Association.

A person with a paranoid personality disorder trusts almost no one in life, including family, friends, or even his or her spouse. Others describe this individual as guarded and suspicious. Usually, the paranoid person feels convinced about the legitimacy of his or her suspicions and constantly scans the environment to prove it.

If you do something the paranoid person doesn’t approve of, he or she may remain angry with you indefinitely. Other qualities that are common to someone with a paranoid personality disorder include:

A person with this personality disorder isn’t interested in social relationships and usually doesn’t display normal sexual behavior. It’s common for the schizoid to develop a rich inner world where he or she prefers to stay most of the time.

People observing a schizoid personality describe someone who appears utterly lacking in emotion. The words aloof, cold, and indifferent are also common descriptors. Some mental health experts feel that people with this personality disorder do want to have intimate relationships with others but lack the social skills to initiate them.

This is the most serious of the Cluster A personality disorders. Someone who meets the criteria of schizotypal may go on to develop full-blown schizophrenia in the future. Schizotypal individuals often behave, speak, and dress in ways that others find bizarre.

At the same time, he or she is usually deeply afraid of others and shares some characteristics with the paranoid personality type. Rather than develop relationships with people, this personality type may try to find meaning in life by bonding with inanimate objects. While some psychiatrists call schizotypal a personality disorder, others consider it latent schizophrenia.

Antisocial personalities are thrill-seekers who never put their roots down in any one place for long. Due to their extreme sense of wanderlust and need for excitement, they casually discard people who no longer entertain them or who won’t bend to their will.

Someone with this personality disorder has superficial relationships with others, if he or she has any relationships at all. This is due to a lifelong pattern of using others for personal gain and abusing them when not getting their own way.

This is one of the more dangerous personality disorders because antisocial people are usually chronic liars who can fly into a violent rage with little or no provocation. Criminal psychologists often study this personality type.

A deep sense of emptiness and fear of abandonment are the motivating factors behind the behavior of someone with borderline personality disorder. This person has no idea who he or she is as an individual, so they look to others to define them.

The borderline personality is emotionally unstable and prone to impulsivity, unhealthy relationships, and outbursts of intense anger or even violence.

People with borderline personality disorder exhibit suicidal behavior frequently. It also disproportionately affects women. Many psychiatrists feel this is due to sexual abuse in childhood, which may explain the gender difference to some degree.

Others in the field of psychiatry feel that women receive the borderline label more often because people consider men who display the same types of behavior as antisocial instead.

To mask feelings of low self-worth, the histrionic personality type will do anything to gain attention and approval from others. They have little understanding that their actions come off as phony, insincere, and overly dramatic.

A histrionic person often behaves in a manner that is artificially charming or resorts to dressing seductively to get people to pay attention to him or her. Other people have a hard time dealing with histrionics due to their natural tendency to overreact to normal, everyday situations.

Narcissists have an inflated sense of self and imagine themselves as brilliant while nearly everyone else is beneath them. Other people’s needs and feelings are never as important as their own, despite the fact they have an insatiable need for admiration from them.

While they appear arrogant to others, this is only to mark a self-esteem so fragile that the slightest criticism can send them into a rage or a deep depression. Narcissists go to nearly any length to conceal who they really are underneath all of their bravado. A narcissist sees people only in terms of what they can do for him or her, not as human beings with needs of their own.

An avoidant personality type has faced harsh criticism, rejection, and humiliation in the past and will do anything not to face it again. This includes avoiding most social situations as well as intimate coupled relationships.

Due to a deep sense of inferiority, someone with this personality disorder steers clear of other people as much as possible. This person plays it safe by taking few risks in life. If an avoidant type does manage to form a relationship with another person, there is always a sense of restraint and self-protection.

Someone with a dependent personality disorder is content to let others take care of him or her and avoids responsibility for major life decisions. This is because dependent people have almost no confidence in their own abilities in addition to a deep-seated fear of abandonment.

Feelings of helplessness and inadequacy drive a dependent personality to hand over control of his or her life to others. They often idolize those they are closest to, which is a huge draw for someone who is narcissistic. These two disordered personality types seem naturally attracted to one another.

The obsessive-compulsive person abides by rigid rules and experiences deep distress when any aspect of his or her life appears disorganized. The defining characteristics of this personality disorder are overwhelming anxiety, perfectionism, and often the non-stop need to be productive.

Other people describe an obsessive-compulsive personality as humorless, controlling, unwilling to spend money, and far too cautious in everything. Because flexibility is non-existent, this personality type usually drives people away rather than bonding with them.

Bringing it All Together

If you recognize yourself or a loved one in any of these descriptions, don’t panic and try not to self-diagnose. The awareness is actually a good sign and the first step towards change if that is what you and the people in your life desire.

If you are interested in learning more about abnormal psychology, particularly if you are seeking a career in the field of mental health, I highly encourage you to pick up a copy of the book Abnormal Psychology: An Integrative Approach by Darlow, Burrow and Hoffmann.

Inside, you will find lots of useful, interesting information that will help you to better understand the inner-workings of the human mind.

With the help of a skilled therapist and family support, people with personality disorders can make positive changes and lead a more fulfilling life. Treatment options include individual and group psychotherapy, medication, behavior modification, and several others.

The important thing is to stick with it until you notice significant progress.

Why Do Men Go Into Therapy? Hello and welcome or welcome back – to episode 37 of the of the Men’s Self-Help Podcast. I’m your host, Dr. John Moore, and I’m a licensed mental health […]

Can A Man Have Anxiety Depression At The Same Time?

Anxiety and Depression In Men: A Closer Look What happens when men suffer from both depression and anxiety at the same time? Is that even possible? Well, the answer is yes. You can have depression […]

Self-Esteem Hacks for Men Struggling with low-self-esteem? Trying to create a healthier self-concept but not sure what to do? Looking for practical insight? If the answer is yes, you wouldn’t be alone. Confidence issue are […]