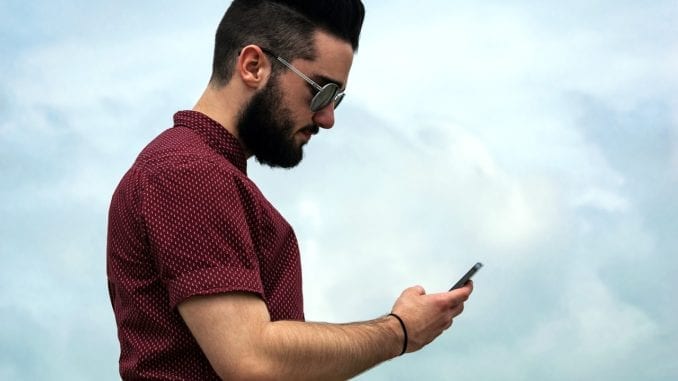 Do you spend a lot of time on your smartphone? Has your device become a kind of second appendage? Ever wonder if all that tapping, swiping and checking is negatively impacting your mental health?

If the answer is yes then listen up – a new study published in Computers and Human Behavior suggests that people who compulsively use their smartphones experience lower levels of well-being and reduced life satisfaction.

Australian investigators surveyed 539 adults to assess their smartphone use and general feelings of well-being. The results showed that for people who habitually sat on their phones, a direct line could be drawn between lower life satisfaction levels (well-being) and general self-concept.

What is problematic smartphone use?

In a nutshell, problematic smartphone use can be defined as a behavior whereby a person compulsively uses their phone in ways that interfere with activities of daily living, such as productivity, social relationships, and self-care.

Guy Counseling spoke to certified counselor David Bennett about the study to gain his impressions.

“One of the biggest impacts of smartphone over-use that I see is that it draws people out of the present moment and causes folks to miss out on a lot of the opportunities for happiness and meaning right in front of them.

The mental energy of checking twitter, responding to banal texts, or even keeping updated on stressful work emails on a minutely basis prevents you from using your emotional energy for other, more engaging things, including the people around you.

While I love my smartphone, I’ve shifted my focus away from the constant notifications, social media fights, and collecting likes, and moved toward finding meaning in the people and places right in front of me. I have encouraged my clients to do the same,” says Bennet.

How do you know you’ve got a problem?

So, how do you know when the relationship with your smartphone has become an issue? We spoke to certified social worker Adina Mahalli, MSW with Maple Holistics to get the answers, “You know that your smartphone is causing problems with your mental health when it is something that you rely on more than it being just an outlet. In fact, research shows that using a smartphone as a way to avoid emotions or out of boredom can be associated with negative mental health.

Your phone shouldn’t be a coping mechanism, but you should possess the self-awareness to realize when it is,” says Mahalli.

“Another sign that your smartphone usage is affecting your mental health is when you can feel that it’s sucking your time. Overuse of your smartphone can lead to a psychological dependency which results in anxiety, creating a never-ending negative feedback loop,” Mahalli adds.

Study authors Sharon Horwood and Jeromy Anglim with Deakin University in Australia suggest their findings may be helpful for therapists in designing interventions for smartphone addiction in clinical settings.

Previous research on constant smartphone use has revealed that some people can develop feelings of loneliness and symptoms of depression.

Experts suggest setting boundaries around the use of phones with the goal of creating greater life satisfaction.

Mahalli leaves us with the following to think about. “If a loss of a Wi-Fi signal or service puts you on edge, it could be a sign that your smartphone usage is causing problems with your mental health,” she says.

Don’t Get Comfortable With Someone Disrespecting You

Do you live by this code? Have you ever had someone make snide remarks to you and think that it was OK? Did this same person keep doing it, to the point that it became […]

5 Signs You Have a Serious Money Addiction

Yes, it’s possible to be addicted to money Money – we all need it in order to sustain life. Conventional wisdom holds that the more money we have, the better. After all, you may need […]