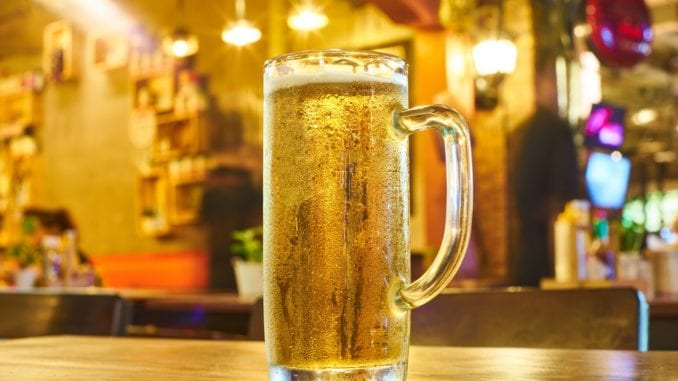 Men who consumed alcohol during late teens may be at increased risk for liver disease.

A new study appearing in the Journal of Hepatology offers new insight into men who are at risk for liver disease. According to the research, males who consumed alcohol during their late teens appear to be at increased risk for developing cirrhosis of the liver.

In the United States, current recommendations published by the Centers for Disease Control and Prevention (CDC) suggest that men drink no more than two alcoholic drinks per day.

The study was conducted by the Centre for Digestive Diseases of the Division of Hepatology in Stockholm, Sweden.

Hannes Hagström, the lead investigator said, “Our study showed that how much you drink in your late teens can predict the risk of developing cirrhosis [a type of liver disease] later in life.”

How was the research conducted?

The study involved collecting data from more than 49,000 men between the ages of 18-29 from a national Swedish population study conducted between 1969-1970.

Over the course of nearly four decades, researchers tracked the causes of death for men through the National Patient Register and the Causes of Death Register.

The findings revealed that 383 men had developed some form of the following health conditions:

Is it time to revisit guidelines?

Guy Counseling spoke with two experts about the findings.

Jared Heathman, a Houston based Psychiatrist said, “The CDC guideline recommends 2 drinks as a maximum per day, but the important take-away is that the CDC doesn’t specify a minimum amount of alcohol use. Ideally, alcohol should never be consumed as it has no real health benefits. The CDC probably realizes that there is little public health benefit in recommending a ban of all alcohol as few men would abide by such a recommendation,” he said.

“Men would perceive the CDC to be out of touch with the American man and ignored. Instead the CDC provides a recommendation that most men would deem reasonable. A recommendation that is perceived as logical and attainable is more likely to be followed from a psychological perspective. I would recommend alcohol abstinence from a health perspective,” he added.

Chicago based drug and alcohol counselor Frank Moore made the following observations about the study’s findings.

“If the research is accurate – and we have no reason to think it is not – the current guidelines [for alcohol consumption] may need to be revisited. Not just here in the United States but globally.”

Moore, who offers counseling to young men who experiment with alcohol, also said the research may prove to be a powerful prevention tool.

“I’d like to see a few more studies but I’m thinking this might be helpful information for drug and alcohol counselors needing something concrete to share with teens about alcohol abuse and health risks,” said Moore.

Science News: Maybe a few drinks a week isn’t so bad? SHORT VERSION A new line of research suggests may be good for your sperm volume. LONG VERSION On this blog, we try to be […]

Do beer goggles make people more attractive? According to a study released by National University of Ireland, Galway (NUIG), 58% of the men have hooked up with someone they typically wouldn’t have if they were sober. […]

5 Signs Your Gaming Addiction Is Hurting Your Relationships

Heads-up, gamers. This one’s for you. I’ve been a hardcore gamer for as long as I can remember, and if you’re anything like me, you spend a lot of your free time engrossed in the […]