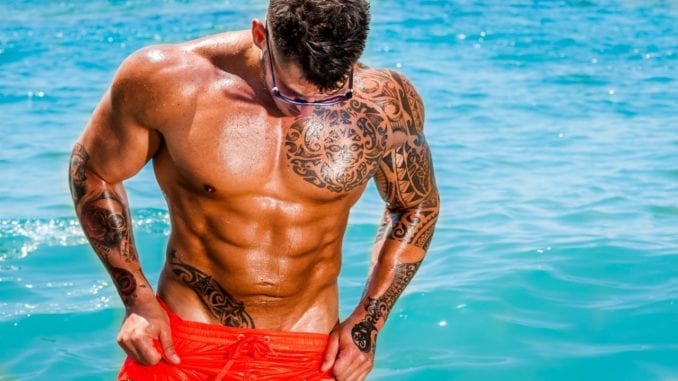 Trending News: Early deaths linked to steroid use in study

If you are a guy who regularly lifts weights, there is a good chance you’ve wondered about using steroids. Specifically, I’m talking about trying an injectable, like Deca-Durabolin or testosterone cypionate.

Let’s be real. Who doesn’t want to make faster gains while creating a powerful, more muscular bod? The temptation may be even more alluring if you’ve been slaving away at the gym and seeing few results.

You’ve probably avoided using these substances because you have heard of their negative side effects. Examples include kidney problems, liver dysfunction, hair loss, shrinking testicles, cardiovascular damage and increased risk of prostate cancer.

But did you know that injecting anabolic steroids can also send you to an early grave? Yep, it’s true and I’m not passing this along to scare you.

According to a new study published in the Journal of Internal Medicine, guys who used steroids were three times more likely to experience an early death when compared to those who did not.

Investigators studied 545 men who injected and tracked their health over a period of 7.4 years. The study found that men who regularly used these substances were at higher risk of dying than the control groups.

And if an early death doesn’t scare you, perhaps some of the other findings will. Researchers recorded nasty side effects from the use of these drugs among participants, including higher rates of acne, gynecomastia [man-boobs], and erectile dysfunction.

According to lead author Dr. Henrik Horwitz of the University of Copenhagen, “This study has shown that anabolic steroids are associated with a range of side effects that can be directly attributed to their pharmacological activities.”

On the psychological level, it is understandable that some might want to reach for a chemical substance to get bigger. But if you are wondering why you aren’t making muscular gains or keeping what you’ve got, it might be helpful to explore natural options as opposed to chemical ones. Read this article on how you lose muscle mass and what to do about it.

Well, there you have it, folks. Another reason to avoid steroid use. The science suggests that it can send you to an early grave.

Have you used steroids? If so, did you experience any adverse side effects?

5 Hacks for Breaking Through Training Plateaus for Bodybuilders

Break through training plateaus When you first start lifting, it almost seems too easy. Your frame fills out with muscle faster than you can keep up, and it feels like you’re adding more weight to […]