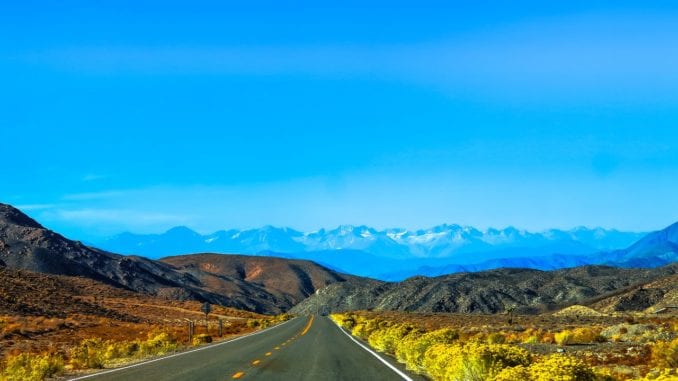 Small SUVs, sometimes called compact crossovers, are the trendiest vehicles on the market. They have funky, unique style elements but sometimes fall short on functionality. Not many small SUVs can deliver on the utility aspect of their namesake.

They’re more fuel-efficient and versatile though, which make them ideal choices for guys who normally cruise the city but might entertain the notion of an off-road excursion on the weekends.

The 2019 Kia Sportage has a smooth, contoured design that unapologetically borrows from its German competitors. The profile is striking, but the front end is a bit polarizing. It has a stub-nosed, tiger-like grille that you’re bound to either love or hate.

The Sportage is only 176.4 inches long. That’s four inches shorter than the RAV4. The stubby body design of the Sportage is elevated with roof rails, a rear spoiler and 19-inch chrome wheels on the Turbo model. The power liftgate opens high and you can easily access the rear compartment. With the Sportage you have a simple, curvaceous body that doesn’t rely on visual gimmicks.

The 2019 Toyota RAV4 is certainly the belle of the ball when it comes to exterior style. It’s wide and long for a compact crossover and has more cuts and angles than an origami swan.

The front is muscular and athletic. It features a two-level grille that’s shared with the Toyota Tacoma and the 4Runner. There are several exterior paint palettes. You can also find the RAV4 with a two-toned, contrasting color design.

The 2019 Kia Sportage makes good use of its interior space. It has 129.3 cubic feet to work with. By comparison, the 2019 Toyota RAV4 falls a bit short with only 98.9 cubic feet for its passengers. Both the Kia Sportage and the Toyota RAV4 can be outfitted with a panoramic sunroof ceiling that adds to the roominess of the vehicle.

The Kia Sportage favors the front row occupants with available heated and ventilated seats that can be adjusted with up to 10 different settings. The Toyota RAV4 has a lower roofline though which makes sitting comfortably in the front seats a bit challenging.

Where the RAV4 shines is with higher trims and the use of quality synthetic materials. The Adventure model has these rugged-looking (yet totally comfortable) seats and orange plastic inlays that echo the toughness of the vehicle’s exterior design.

The SofTex bucket seats on the Limited are plush and comfortable and look good when paired with a genuine leather-wrapped steering wheel and shifting knob. The 2019 Kia Sportage actually offers leather seats though, which are surprisingly missing on the RAV4.

You can choose between gray, black or brown leather on the Turbo SX Sportage. With matching color inlays, the Sportage rises to a level of near-luxury. If you squint your eyes, you might be able to fool yourself into thinking you’re riding in a premium European crossover.

The 2019 Kia Sportage has plenty of advanced safety features available, but you won’t find them for an MSRP of $23,750. The 2019 Kia Sportage LX gets a rearview camera, a full complement of airbags, a suite of electronic stability systems, and child safety locking doors.

That’s about it. The type of safety features that are making headlines on new vehicles such as rear cross traffic alerts, lane change assist and blind spot detection aren’t available on the LX.

The 2019 Sportage EX has those features, but to get the best safety features all on one vehicle, you’ll have to opt for the pricy, turbo-charged SX. It even comes with emergency braking, lane departure warnings, parking assist, and an electronic e-brake.

You get a three-year subscription to a roadside assistance service and a rearview camera. You can even integrate a panoramic camera that gives you a 360-degree view of the vehicle’s exterior.

All the safety equipment from the 2019 Kia Sportage are found on the RAV4, most of which are standard offerings on every vehicle.

The 2019 Kia Sportage doesn’t offer much onboard technology for the base model. It’s better to just skip ahead to the mid-level EX. You’ll get to swap out that tiny 5-inch display screen for a more reasonable 7-inch display.

The Sportage is a driver-centric vehicle. It’s rather old school with steering wheel controls and lots of buttons on the center console to control everything from climate control and voice calling to audio settings and navigation. Apple CarPlay and Android Auto aren’t standard features, but at least they’re available.

Once again, the 2019 Toyota RAV4 goes a bit further than the Sportage on the base model. Even if you drop $22,500 MSRP on the LE model, you still get a 7-inch touchscreen, Bluetooth, and Apple CarPlay. Plus, you get all those other standard features that were listed for the Kia Sportage.

Toyota throws in starter subscriptions to a Verizon 2G Wi-Fi, voice recognition, Scout GPS, Siri Eyes Free interface, and a much better JBL Audio system for the higher-level trims. To put the nail in the coffin, there are technology packages that can be added to each RAV4.

These packages have smart key and remote access for all doors, the bird’s eye view monitoring system and a wireless charging station for your portable tech devices.

The LX and EX models of the 2019 Sportage come equipped with a 2.4 Liter, inline four-cylinder engine. It’s capable of reaching 181 horsepower and 175 lb. ft. of torque. For a substantial leap on the price tag, you can upgrade to the SX Turbo. It’s got much more power under the hood with its 2.0 Liter, turbo-charged inline four.

Now, the 2019 Kia Sportage looks more competitive with 240 horsepower and 260 lb. ft. of torque. Both engine options are managed by an electronically-controlled 6-speed automatic transmission and a simple all-wheel drive setup is optional on all models.

The 2019 Toyota RAV4 has just one engine option – a nimble 2.5 Liter, inline four that produces 203 horsepower and 184 lb. ft. of torque. A responsive 8-speed transmission is standard on all models and like the Sportage, you can choose all-wheel drive for all models.

Unlike the Kia Sportage, the RAV4 has two all-wheel drive setups. The first is a basic design that automatically transfers power to the wheel with the best traction.

The other option comes with the Adventure and Limited models of the RAV4. It uses advanced braking and torque vectoring to offer more control in slippery conditions.

Both SUVs aren’t leading the pack with their off-road capabilities. Yet, they do make valiant attempts when equipped with all-wheel drive.  The RAV4’s off-road model, the Adventure trim, looks the part but performs just marginally better than other RAV4 models.

It has a slightly higher ground clearance, an interior display just for managing the all-wheel drive system and a terrain selector with settings for rock, dirt, mud and snow.

It does boast a 3500 lb. towing capacity though – pretty impressive. The 2019 Kia Sportage doesn’t have a dedicated off-road trim. So, the all-wheel drive Turbo SX would be the best choice for excursions that depart from the beaten path. It has more power and curb weight than other Sportages.

At the Finish Line

These small SUVs are so different. The 2019 Kia Sportage encapsulates you in a comfortable interior, but the 2019 RAV4 from Toyota sacrifices some interior refinery for a more stylish exterior.

The Sportage has all the right safety features available for a higher price, but Toyota throws all those same features and more into a standard package for all RAV4s. The same is true for the tech stuff. Toyota goes the extra distance and gives up the goods right away. The Sportage just seems a bit stingy.

The Kia Sportage would gain a huge boost if it made the SX Turbo’s 240 horsepower engine the base model, but it’s reserved for a higher price tag. Both the RAV4 and the Sportage have available all-wheel drive.

That’s an important equalizer, but the Sportage delivers terrible fuel economy – just 23 MPG in the city. Neither of these vehicles are off-roaders though. The RAV4’s Adventure model looks the part, but it’s just for looks. The fake skid plate is almost inexcusable.

When you upgrade the RAV4 with additional features and options, you get a vehicle that that Kia Sportage just isn’t capable of beating at any price point.

RAV4 for the win.

Young Men More Likely To Be Distracted When Driving

Distracted drivers and risks A new line of research has revealed that young men are most likely to be distracted while driving. Other groups also are considered higher risk, including people who drive more often, […]

Which auto wins out? We review and compare Crossovers and SUVs aren’t expected to have much off-road prowess these days, but that’s not the case with the 2019 Subaru Outback and the Toyota RAV4. These […]

How To Change Your Motor Oil in Five Simple Steps

Learn to change your motor oil with ease When I was a kid, my Dad always changed his own motor oil and oil filter on our family station wagon. For him, it was a matter […]