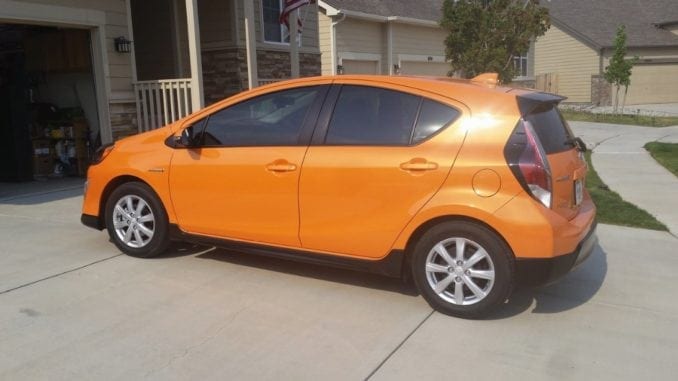 Toyota has announced a massive recall of 2.4 million Toyota Prius and Auris models for faulty equipment, but the new Toyota Prius is still the hybrid king.

The recall is due to a power system failure in models produced between 2008 and 2014. Is this black mark on the Prius name likely to stall out new sales or will the Toyota Prius continue to be a mainstay for the hybrid vehicle market?

Introduction to the Hybrid Contender

Toyota made headlines the first week of October by recalling millions of its best-selling hybrid – the Prius. It’s out with the old and in with the new though. The recall is for Prius models manufactured between 2008 and 2014. Although very little has changed about the Prius since then, the 2018 model is still a contender for the title of hybrid king.

That’s because the 2018 Toyota Prius has stellar fuel economy and safety scores. It’s economically priced with a base model starting at just $23,475.  The Prius does have a polarizing look though. Its exterior is garish and its interior is underwhelming. There’s nothing luxurious or sophisticated about it either. Fuel efficiency is this hybrid’s ace in the hole.

The current recall casts a wide net because sales of the Prius family hit a peak back in 2012. Toyota moved over 236,000 units across the Prius line. The regular Prius hit a slump recently though. Only 65,630 Prius were sold in America in 2017, the lowest sales figures since 2004.

Toyota automakers are waiting for a major refresh in a couple of years, so sales will most likely remain stagnant until then. That’s good news for the savvy car buyer because chances are high that you can get a great deal on a brand-new Prius today.

There are quite a few model trims in the Prius lineup. This review is for the Prius liftback, not the smaller compact version – the Prius c. The 2018 Toyota Prius base model is called the Prius One. It has 15-inch wheels, push button start and LED lights. Then there’s the Prius Two and Prius Two Eco.

The Prius Two has slight upgrades to the seating and a rear windshield wiper, but for the price increase it hardly seems worthy. The Eco model drops some of the vehicle’s weight to give it a small boost in fuel economy. The next level up is the Prius Three and Prius Four.

These are top tier, but don’t expect to find leather and woodgrain. What you get is better headlights, wipers, wireless charging, and top-tier safety features.

You can upgrade all the models except the base model with a number of optional packages, as well. Since the style of the Prius is its weakest link, you might want to take a closer look at the Appearance Package. It comes with 17-inch wheels, custom side skirts, and custom bumpers for the front and rear of the vehicle.

The Prius is due for a model refresh in 2020 and auto critics are almost unanimous in the belief that the design of the Prius should be first to hit the cutting room floor. The 2018 Toyota Prius is certainly a recognizable vehicle. You can easily spot them on the road, but for all the wrong reasons. It’s plagued with garish lines and folds all along the frame.

The rear end sits too high and the overall dimensions of the Prius are rather egg-shaped. The Prius Three and Four Touring models upgrade the exterior style of the vehicle with 17-inch alloy wheels, fog lights, and special bumpers and side skirts.

Yet, the overall impression of the 2018 Toyota Prius is just way too busy. There are too many surfaces along the exterior to catch the eye and the interior screams “economy” at any trim level.

The 2018 Toyota Prius isn’t a looker. It’s a fuel-sipper. That’s why you buy one. The base model Prius One gets a combined score of 52 miles per gallon. The stripped-down Prius Two Eco gets 56 combined MPG and the plug-in hybrid Prius Prime gets 54 combined MPG. So you see, the Prius’ crown is forged at the fuel pump.

The 2018 Toyota Prius is powered by a pokey 1.8 Liter four-cylinder engine and a 53 kilowatt electric motor. With a combined horsepower of 121, the Prius isn’t especially zippy or fun to drive. It’s managed by a CVT automatic transmission that powers the front wheels.

The steering wheel feels light and gentle when it comes to responsiveness. Suspension and braking are saving graces for the Prius, both of which feel rigid and capable in most driving conditions.

The 2018 Toyota Prius is a safe vehicle (even beneath the dark cloud of recent recalls on previous models). The Insurance Institute for Highway Safety (IIHS) gave the 2018 Toyota Prius a “Top Safety Pick” rating. The National Highway Traffic Safety Administration (NHTSA) echo the praise of the IIHS and give the 2018 Prius a five-star rating for safety.

When it comes to standard safety equipment, the 2018 Prius is fully stocked. Each Prius comes with a rearview camera and the Toyota Safety Sense package. You get enhanced cruise control, lane departure alerts, pedestrian alerts and automatic high beams in one safety bundle.

The media stack for the 2018 Prius is dominated by a wealth of cheap plastic. It’s everywhere you look. The gearshift knob sticks out from the center console at a high angle and it takes some getting used to.

It has split-screen, navigation, premium audio, a USB port and even one of those tricky Apple ports. There’s also an available color HUD display that projects your speed and fuel levels onto the windshield. This is especially helpful on long highway journeys.

The current recall for the Toyota Prius won’t do much to tarnish sales of the hybrid vehicle. That’s because sales were already down. There’s just too much competition now.

The hybrid market isn’t as fresh as it was back in 2012. Yet, the 2018 Prius is a quality vehicle that has top safety scores, top fuel economy and a price tag that’s hard to argue against.

There will most likely be a model refresh coming before 2020 and you know what they say –“A Prius in the hand is worth two in the bush.”

Do you own a Prius? How do you like the car?

What’s new with the 2019 Toyota C-HR? Subcompact crossovers are one of the fastest-growing vehicle categories on the market. All the automakers are pushing out new vehicles with over-the-top style elements to grab your attention. […]

Acura RDX 2019 Review Decidedly different, the 2019 Acura RDX dares to reimagine what a crossover SUV is supposed to look like. What a surprise because just last year, the RDX hardly made anybody’s top […]