Are you looking for the Scorpio sign symbols? Have you always thought that the Scorpio sign just had one symbol – which happens to be a scorpion? If so, you are not alone. Most people mistakenly believe that Scorpios just have one symbol. The reality is there are eight known symbols connected to this complex and unique zodiac sign.

That’s right – Scorpios have eight sign symbols! You may read about others elsewhere but they are not grounded in astronomy, astrology or ancient spiritual teachings.

Visitors of this blog know that from time to time, I will write about “off the wall” things, including issues that touch upon spirituality and belief systems for the purposes of education and to keep it real – just plain fun. Many guys find astrology to be interesting – believe it or not. And so what follows is a very detailed walk-through of Scorpio.

Below you will find a chart of the 8 symbols. After that, key traits and characteristics of Scorpio are offered. We will be covering a lot. It may help to bookmark this page for future referencing.

What follows is a detailed breakdown of each of these Scorpio symbols with a bit of information about this unique zodiac sign that you may not know about. The material below has been fused with spiritual lessons from the ancients, using Spirit Animal Guides to highlight symbolic characteristics.

At the end of this post, I’ve included a poll that lets you pick which symbol you feel best represents your symbol.

First, you need to know that I am a Scorpio. At the exact time and date of my birth, the solar system was in astronomical formation known as “Scorpion Sky”. This is a 25-cent way of saying that my sun sign and rising sign were also positioned in full on Scorpio. I wasn’t born on a cusp. I just happened to be one of those rare people who are truly Scorpio. I’m sharing this with you because I want you to know that I have written what follows from a true Scorpion perspective.

Before we explore the 8 Scorpio symbols, it is important to understand some of the basic traits and characteristics of Scorpio sign people. Because I want to focus most of the material here on the symbols, I am just going to give you a brief overview of Scorpio’s traits.

Scorpio is ruled by two planets with Mars being the first and Pluto being the second. Mars gives the Scorpio passion, energy, anger and psychic abilities. Pluto infuses the Scorpio a sense of distance, mystery, curiosity and a fascination with all things psycho-spiritual. This is why so many Scorpios like getting some type of tattoo.

Contrary to popular belief, Pluto is still a planet. While it was once categorized as “major planet” in our solar system, it is now considered a planetoid. With that shared, it is still a celestial body with a planetary status so don’t let anyone tell you otherwise.

Just a few more thoughts here as add-ons to the traits information listed above. Scorpios are in fact extremely loyal – to a fault. We also do not forget. If you are some other Zodiac sign, you need to know it is not a good idea to back stab us. Some Zodiac signs, such as Taurus and Aries, are known to immediately lash out when they have been wronged. This is not the case with this sign.

Scorpios will wait to get their revenge. In fact, many Scorpios will wait years to strike back, long after the offending person has forgotten what they have done. It is for this reason you should never try to step on or double cross a Scorpio. Rest assured that payback will happen at a time and place of the Scorpios choosing – when you least expect it. 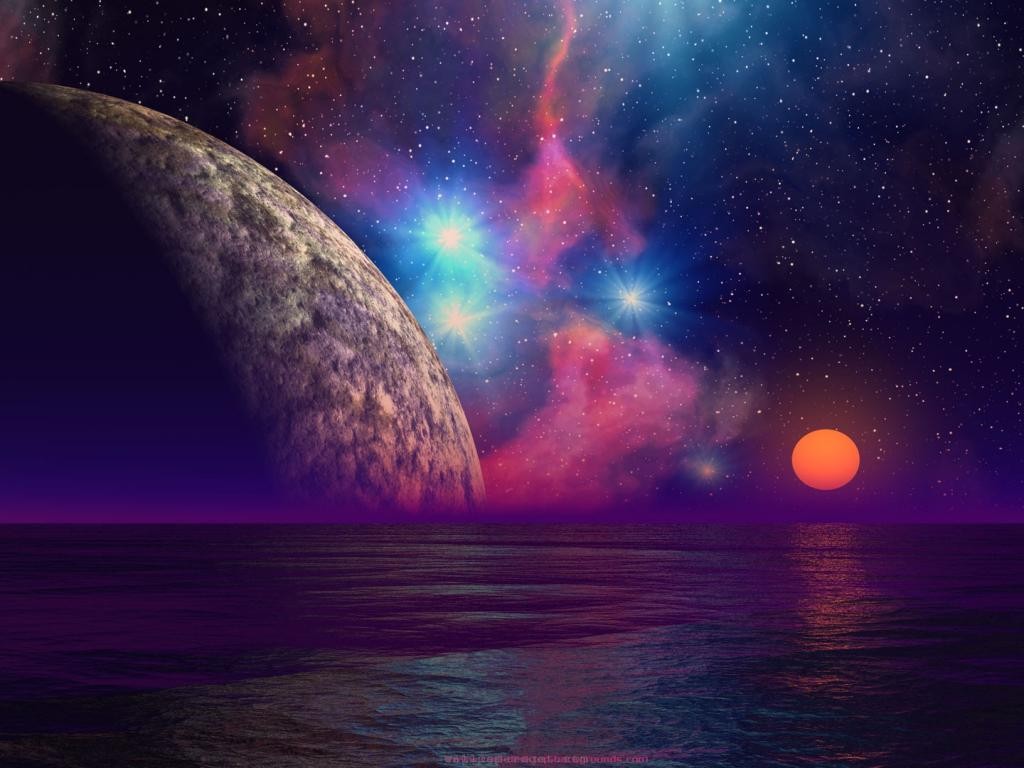 Finally under this point, Scorpio sign people are extremely empathic. This means we are able to pick up on what you are feeling with you having to say a word. This ability comes from Mars and Pluto uniting. These empathic skills reach their zenith during October through November and gradually recede as the year goes on. Pisces and Cancer, the two other water signs, are most vulnerable to having their emotions revealed by Scorpios (I’ll talk about compatibility later).

For now, let’s move on to the 8 symbols of Scorpio. More the traits described above will be revealed through each of the signs you will read about. We have lots to cover here. Read all of them and reflect upon their deeper meaning. Be sure to vote in the poll at the end.

Are you ready – let’s jump right in!

The otter represents the Scorpio’s playfulness and fun spirit. Otters are also symbolic of childhood defiance. If you are wondering where you get your sense of playfulness from or your stubbornness, look at the otters. These loveable, fun and furry animals bring out the joy in people. They also happen to be highly autonomous and march to the beat of their own drummer. Some people consider this symbol to be the “child” of the Scorpio mind.

You are no doubt very familiar with this symbol as it represents the Scorpio emblem for millions of people around the world. What’s important that you focus on with this symbol is the tail. It strikes out and can be deadly. If you are Scorpio, this is the symbol that drives your desire to seek revenge and “get back” at those who have harmed you.

Snakes are inherently mysterious and have historically represented danger and death. If you wonder about where you sometimes get your sense of fearlessness, think of the snake. Additionally, this symbol also represents your fascination with all things psycho-spiritual. This is why you are likely fascinated with astrology and spiritualism. Scorpios are obsessed with the afterlife and seek out anything related to what happens after we leave this world.

When you think of monkeys, you think of curiosity. The most inquisitive and logical (to a fault) sign in the Zodiac is Scorpio. If you have ever wondered what drives your overwhelming sense to learn about or obsess over a particular topic, think of the monkey. Simians are among the oldest creatures on planet. Scientists suggest we evolved from monkeys. If you believe this, you must also recognize they did not do this magically. Curiosity, coupled with adaptation, led their way.

Eagles are known for their ability to see things far away and can “eye” even the smallest objects from the distance. People who are born under this Zodiac sun sign are much like the eagle in that they are able to spot tiny details and “see” things coming down the pike. If you can detect when someone is lying, based on their inflection of their voice and facial characteristics, you are challenging your inner-eagle.

Spiders are feared by many but also respected for their “sixth sense”. It is true that spiders have the uncanny ability to sense in advance an event before it happens. This is why characters like the mythical Spiderman have been created. Scorpios are known for their uncanny ability to tap into psychic skill sets and intrinsically know what another will say or do before it happens. If you have always wondered where these abilities come from, think of the spider (arachnid).

The phoenix has historically been thought of as the mystical creature that can rise above the ashes. They are considered wise, intelligent, stable and mature. A phoenix is also symbolic of reinvention and renewal in many cultures. If you have traversed through troubled waters and know what it is like to reinvent yourself, perhaps multiple times, you need only look to the phoenix for answers.

This may seem strange but the final sign of the Scorpio is the rabbit. Rabbits are known for a many different things but in the case of Scorpio, it represents sex. The old saying, “The two [fill in blank] like rabbits” is the perfect metaphor for the Scorpio because of their high degree of sexual energy. If you are wondering where this characteristic comes from, look to the rabbits you see in the wild. They have much to teach about mating and intimacy.

Inviting the Scorpio sign symbols into your awareness using animal spirit guides is an excellent way to learn their life lessons. This requires meditation and an openness to dream interpretation. These creatures will reveal themselves to you while you sleep – but only if you invite them.

Because you are a Scorpio, you have the ability to tap into the metaphysical world in ways other zodiac signs struggle with. This may have something to do with one of the ruling planets of Scorpio, Pluto. As you may know, Pluto is considered a “mystical” planet , symbolic of a portal to the afterlife.

This video explores the constellation Scorpio and provides more information about how the Scorpio sign came to be. An interesting presentation that you might gain new insight from.

This poll is designed to let you pick which animal species most represents your Scorpio symbol. It is obviously not scientific but can provide insight into what your fellow Scorpios feel about their Zodiac sign.

People who are born under the Scorpio zodiac sign are indeed unique. They are also misunderstood by many. This makes sense when you consider all of the material that has been listed in this article. Sadly, there are also a number of myths associated with Scorpios. I can’t cover them all but I have decided to list several of the “biggies”.

Keep in mind there are many myths that what has been highlighted below!

If you are a Scorpio, you are considered a fixed water sign. This means that you are a deep person who also finds change difficult. According to numerous astrological reports conducted over the years, Scorpios are most compatible with water signs.

Ideally, Scorpios will partner with Pisces because of their uncanny and intuitive understanding of the Scorpion mind. Cancers are next as they are better able to balance the Scorpios constant struggle with logical, rational thinking and their empathic, emotional skills. A Scorpio paired with a Scorpio can work but it will be a constant struggle because jealousy and trust issues are an ongoing concern.

If you are looking for more insight and information into the Scorpio Zodiac sign, I highly recommend you pick up a copy of the book …. Scorpio: Personality and Soul Characteristics by Douglas Baker.

Inside, you will find page after page of useful insight that reveals everything you ever wanted to know about this powerful zodiac sign, including Scorpio compatibility. You can download it now if you have a Kindle. On the bottom of this page, I’ve also included other Scorpio symbol related books that touch upon love, dating and compatibility.

There is much we still do not know about the mysterious Scorpio sign. Research is still occurring by behavioral scientists who are exploring the unique relationship between psychology, zodiac signs and human behavior.

Which Zodiac Signs is a Leo Man Most Compatible With?

Leo Men and Compatibility Interested in learning which signs are most compatible with Leo? How about the least compatible ones? If the answer is yes, you’ve come to the right place. That’s because I’m about […]

25 Truths About a Leo Man in Love and Relationships

7 Ways Capricorn and Cancer Match in Love and Sex!