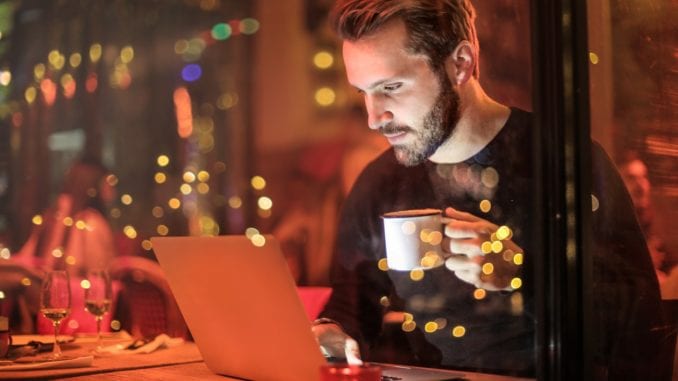 Are men more addicted to the internet than women? It seems that one study, which used several other studies to determine their case, believes that is the case. It was led by researchers Su Wenliang, Han Xiaoli, Jin Cheng, Yan Yan, and Marc N. Potenza.

The study was quite diverse, using exactly 204, 352 men and women from 34 countries or regions from 115 independent effect sizes of gender-related differences in Internet Addiction tendencies.

Each previous study they used for this particular Internet Addiction study had sample sizes that ranged from 100 people involved to 33, 211. Around half of these people (48.1%) were male.

They involved various age groups too from adolescents to adults, some in school and others in the workforce. Numerous characteristics, measures, and effect sizes were recorded for each sample in the testing both in the previous study and the current.

The reason for the team’s testing here was to find some relation globally with Internet Addiction as the other studies were mostly involving people in particular areas. They felt that addressing the gap in knowledge from the previous studies would determine things they did not.

This led them to use things like the Global National Index, including the Gross Domestic Product (GDP) per capita and internet penetration. They also studied gender-related gaps in economies, alcohol consumption, smoking prevalence, life satisfaction, and suicide rates.

Man vs Woman: The Study

The study found that there was a small, but clearly present, Internet Addiction through random-effects as small as 0.145 concerning gender differences. Meanwhile, they also found that Asia had the highest gender-related reasoning behind their numbers with 0.208.

Interestingly, North America had the lowest at -0.049.

Meta-regression was able to uncover that smaller effect sizes were observed in nations with greater GDPs as well as higher internet penetration. They found that internet availability and social norms theory was supported positively when relating to gender differences.

These differences were in the areas of economic measures, internet penetration, smoking amount, and alcohol consumption. Yet the psychological well-being was not supported, therefore there were not enough or no gender-related differences in life satisfaction or suicide rates.

Finally, the major findings were that economic factors, the availability of the internet, social norms, and some addiction-related health factors may have some impact on Internet Addiction comparing men and women.

That means that their global numbers were able to determine similar results to the national studies here and there. However, when adjusted to fit the factors above, they were not able to connect gender to Internet Addiction massively. At least, not on a global scale.

They only could in a small way. This is why they said “may” in the language of the study.

Factors Not Considered: The Type Of Internet Use

One of the most common issues with studies like these is that they leave out a LARGE chunk of information regarding things you’d like to know. The team here was merely trying to find Internet Addiction based on previous studies done across the world. The hope was that they could find something to use that connected everything to have global numbers over just the national.

It was a nice thought, but the questions here are pretty simple. What do you consider to be internet use? Does this connect to ALL internet use or just certain material?

The world is going digital, therefore, most things are going to be streaming online. This means you’re going to see both men and women use the internet for stream services quite often. Whether that is using Netflix and Hulu or TV services like Sling or YouTube TV.

We also have to consider gaming online. This is not just online play with your buds on Call of Duty either. This includes poker games online, fantasy sports, and so many other factors.

To top it off, this does not consider the concepts of where people use the internet and why they might be using it. Many people have jobs where they have to work on a computer as part of their job each day. It is likely that they’ll use the internet while on the job, as most tend to do.

Many companies know this, which is why they block various sites from use while you’re at work. However, a person can merely use their phone in cases like this.

People may be using their phone on a given day to access the internet for social media, which some can be on for hours at a time without thinking. They may even use the internet for filling out job applications.

In our case, we’re a website that puts out content for you to read up on. Our job is working online, so are we addicted to the internet?

Does anyone that falls under any of those categories above seem like internet addicts to you? The amount someone is online can certainly be a factor, however, it might help to know what they are actually doing online. If we do not know, how do we know they are addicted?

On another note, if they are on places like Facebook, Instagram, and Twitter a lot in a given day…this may not be an internet addiction. It very well could be a social media addiction, which is a proven thing that can and frequently does happen in both men and women internationally.

They used kids and adults in this study, meaning they are using people who could fall under any of those categories listed above. None of which comes off addictive.

Factor To Consider: What Is An Internet Addiction?

Addiction is frequently defined as the mind or body feeling it needs something that it actually does not. This means that you are only addicted when there is not a use for something and you’re using it.

Remember, an addiction relates to you wanting something and not needing it. This is a very important distinction, as a want and need are not the same things.

Whether it’s substance abuse, sex, or anything really. Funny enough, people assume addiction is only related to drugs. In reality, there are hundreds of things people have been addicted to over the years.

This is why we can define “addiction” as a disease. Once the brain or body finds itself needing something it does not, that is the determining factor that lets you know a person needs help. For drugs, it’s easy to spot.

However, one could be addicted to video games, for example. This could include a person playing for 10 to 18 hours a day. However, if they have a week off or if they have nothing better to do, is an all-day gaming binge a bad thing or an addiction issue? Likely not.

This is also important to remember.

The internet is within the framework of nearly everything, especially in North America and many other developed nations around the world. That means you’ll access the internet for work, access it for entertainment, and access it even to have conversations with people at times.

Therefore, with the internet needs being more common than ever before, there is a problem here. If addiction is supposed to be something the mind or body wants yet feels like it needs, even though it does not, how could the internet be part of this? It’s an actual need, not just a want.

If we consider this, it means that neither a man or woman, not any age group, can actually have a true addiction to the internet. They could only have an addiction to certain parts of it, such as playing games online, social media, and so much more.

Bringing it all together

When considering Internet Addiction, it is truly hard to actually study. As mentioned, you have to think about so many factors behind why there might be an addiction as well as if it’s possible to merely be addicted to the blanket term of “the internet.”

This means that claiming men are more addicted than women is also problematic. With a flawed study, you get flawed results it seems.

While both men and women work, for many societies, as long as the man is making good money, the woman can stay home. This means that he’ll own everything and therefore have most things in his name.

That means, if you look up all who have certain online services, more men could pop up over women.

On top of this, if men are truly working more, then they may also be on their computers for work throughout a given day. That’s at least 8 hours of internet time or more for the average man, per day, just on his work computer.

Meanwhile, men like to play video games online with friends. They may only do this for a few hours in a given day. But if it’s 4 hours and this is done over 7 days, they put in 28 hours of video game streaming that week.

To some, that could come off as addictive even when it’s not.

With all of the factors that get in the way of this study, it is truly difficult to ever make the clear determination that men are more addicted to the internet than women.

Even more so, it is hard to even claim there is even such a thing as an Internet Addiction to begin with.

5 Signs Your Gaming Addiction Is Hurting Your Relationships

Heads-up, gamers. This one’s for you. I’ve been a hardcore gamer for as long as I can remember, and if you’re anything like me, you spend a lot of your free time engrossed in the […]