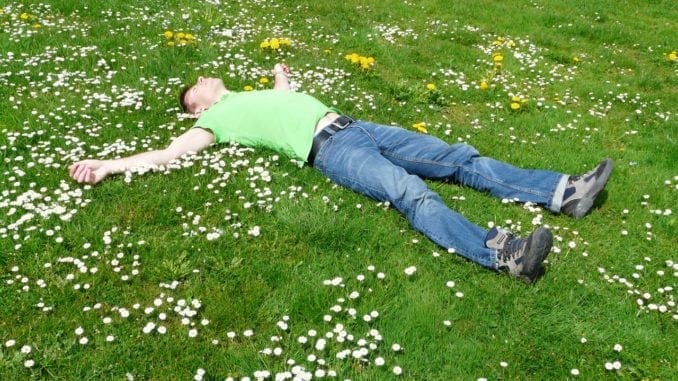 Trending News: Here’s why you may not be shedding those extra pounds.

A new study suggests that people who miss sleep may lead to weight gain.

Most people know that missing sleep can have negative health consequences. Examples include a foul mood, increased anxiety, and in some cases, depression.

But did you know that not getting enough sleep can also make you gain weight? Well, according to a new study appearing in Science Advances from researchers at Uppsala University, it’s true.

This may explain why, despite your best efforts, those extra pounds aren’t coming off?

Apparently, when you miss sleep, you mess with your body’s metabolism, which in turn can affect body composition. In other words, not getting your Z’s robs your system of being able to healthily process foods.

In this investigation, researchers observed 15 participants in a lab setting. All fell within the normal weight category. Meals were closely monitored, and scientists made sure their physical activity was standardized.

There were two parts to this study. The first involved having the participants get a full night of sleep (8-hours). For part two, subjects were kept up all night long (meaning zero sleep).

The morning after each intervention, researchers took small tissue samples of subcutaneous fat (meaning fat under the skin) and skeletal muscle.

The reason these were chosen is simple. Historically, both have been good indicators of what may be going on with a person metabolically.

The investigators also drew blood the morning after each intervention to assess metabolites; an enzyme that is the end-product of metabolism. These include sugar molecules and fat- laden amino acids.

So, what exactly were the results? According to study leader Jonathan Cedernaes, M.D., Ph.D., “Our new findings indicate that sleep loss causes tissue-specific changes to the degree of DNA methylation in genes spread throughout the human genome.”

Cedernaes goes on to say:

“We therefore think that the changes we have observed in our new study can constitute another piece of the puzzle of how chronic disruption of sleep and circadian rhythms may impact the risk of developing for example obesity.”

Translation: When you miss sleep, you may be screwing up your system’s body clock. In turn, this makes it more difficult for your body to metabolize (break down) food. The result can mean unwanted fat.

In many ways the results make sense. When you don’t get enough rest, your entire system feels dragged down. Plus, when you are tired, you are more likely to engage in stress eating; a nasty habit whereby you scarf down food as a tool for coping.

According to the National Sleep Foundation, most people need between 7-9 hours of meaningful sleep per night. Are you getting this consistently? If not, maybe it’s time you did.

By the way, did you know that a lack of Z’s can repel people away from you like a virus? Something to think about.

Sleep may help strengthen memory retrieval A team of researchers at the University of York explain that sleep has a way of strengthening old and new experiences of the same memory to the same extent, […]

Here’s Some Tips for Beating the Afternoon Slump

Tips for charging up your energy levels Are you feeling a bit rundown in the afternoon, especially between the hours of 2 and 5 PM? Then, you’ve got a bad case of the afternoon slump. […]