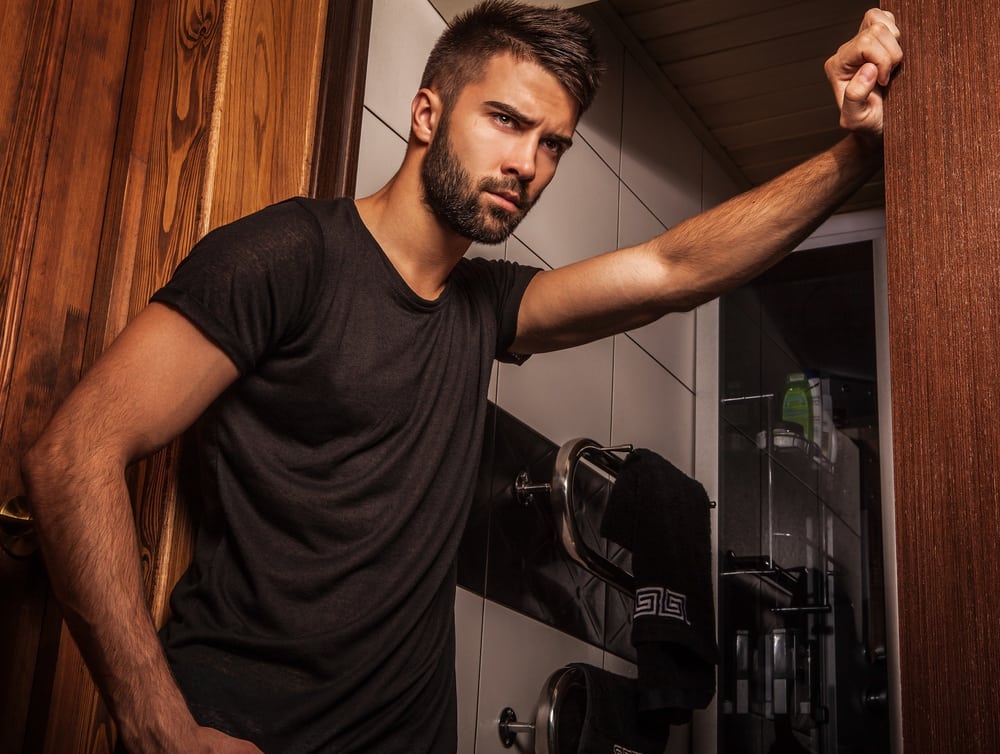 Can a beard make you look sexier?

“Do beards make guys look sexier?” asked a friend of mine during a recent conversation. “I’m only curious because I think if I had one, I might get more dates,” he added.

If you’ve ever wondered about this topic, you wouldn’t alone. To keep it real, a lot of guys want to look as handsome as possible with the goal of attracting a mate.

This question becomes even more critical if you’ve been striking out on the dating front and have started to question your attractiveness. Sound familiar?

At any rate, all of this leads us back to the central theme of this post: does facial hair, like a beard, help men look more attractive?

The answer to that question largely depends on who you ask. Guy Counseling spoke to Morgan Polzin, an image consultant who works with men to get her impressions.

“A lot depends on the guy. A beard alone isn’t going to make a man hotter or sexier. It’s also about their facial structure, their hairstyle, and their physical body,” Polzin said.

So, what does the research tell us about men and beards? Can any answers be found in the clinical data? Well, according to a 2017 study that examined the topic of beards and attractiveness, guys with facial hair are perceived as more attractive and dominant than their clean-shaven counterparts.

For this investigation, investigators recruited 751 participants and asked them to look at 37 European men through a series of photographs. Some of the pictures featured guys with beards. Other photos showed men who were clean shaven.

Participants were asked to rate each person in three distinct categories:

The results were interesting, to say the least. Here’s a rough breakdown, based on the study published in Evolution and Human Biology.

And it’s not like the participants were a monolithic group. According to the data, the raters were between the ages of 18 to 86 years old. 353 were women and 398, men. Moreover, all of the folks who took part in this study were from various regions in the United States.

Now does this mean you should ditch your razor and start getting your beard on? Not exactly. There are other lines of research to suggest facial hair doesn’t have much of an impact on male attractiveness.

Now, let’s get back to my friend’s question about growing a beard. I’ll share with you what I told him. It went something like this [paraphrased].

If you feel sporting a beard will help you to look more attractive, you should do it. However, don’t focus on what other people think. Instead, center your awareness on how you feel.

In other words, if growing some face fuzz makes you feel more handsome, then guess what – that’s how you are going to come off to others.

It was the famous philosopher, Rene Descartes, who is credited with saying, I think, therefore I am. In the psychological sense, Descartes words very much relate to this topic.

When we perceive ourselves as attractive, we also experience a boost in confidence. In turn, that confidence has a way of enhancing our self-esteem.

As the adage goes, beauty is in the eye of the beholder. But what’s often left out of the equation is your eye, meaning how you perceive yourself.

The windup is this. My buddy eventually started growing a beard. In fact, he kind of transformed himself into a rugged, manly beast!

Did his dating luck change? That remains to be seen. But from what I can tell, he’s feeling a lot more confident about how he looks.

Are you a man who sports a beard? Do you feel you it makes you look more attractive?

STYLE LIKE RYAN REYNOLDS Hoping to copy the style of Ryan Reynolds? Trying to replicate his look? Do you dig his hairstyle and clothes? If the answer is yes, you’ve come to the right place. […]

Review of Old Spice Beard Kit Did you hear the news? Old Spice, the makers of the iconic cologne, has expanded its product line. Specifically, they’ve launched a beard kit for men that promises to […]

Lumbersexual Look: A Manly Guide to Rugged Style and Grooming