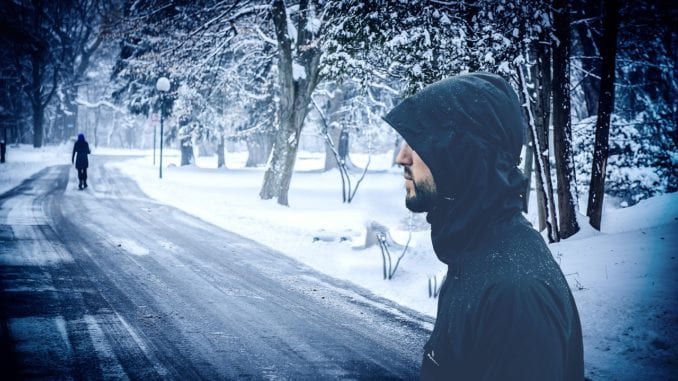 Dreams about being chased revealed

Are you having dreams about being chased? In your nightmares, do you run to a hiding spot, hoping not to get caught? Does the experience leave you feeling terrified?

If the answer is yes, you wouldn’t be alone. One of the most common types of dreams involve scenarios where a person is being chased. Sometimes, you know who is pursuing you. Other times, only thier presence can be sensed.

In the aftermath of such dreams, many people report feeling profound fear. Some even wake up screaming, soaked in their own sweat.

As a counselor, I’ve worked with many people (men and women) who have shared with me the specific details of their dreams. We’re talking about everything from dreams about death to dreams about a love interest.

While I don’t pretend to have all the answers, I have done a great deal of research on dream content in an effort to help folks better understand their meaning.

Before continuing further, you have a right to know who is authoring this piece. I know if I were reading this page, I’d be curious. Here’s a quick thumbnail sketch.

I hold a Ph.D. in psychology and teach college-level courses in the behavioral sciences for a number of institutions, including NYIT.

Additionally, I am a board-certified clinical hypnotherapist and also hold credentials in transcendental meditation. Finally, I licensed in the state of Illinois as a mental health counselor.

With all of that said …

I’m not trying to put myself out there as a dream interpretation guru. But here’s the thing – anyone who tries to tell you they are an “expert” in dream analysis isn’t being straight with you.

That’s because dreams are entirely subjective in nature. Much depends on the interpreter’s theoretical orientation; a $10.00 term used to describe what type of psychology the professional subscribes to.

Speaking for myself, I identify as a cognitive behavior therapist (CBT) and pull upon integrative approaches from CBT’s third wave.

Most of what we know about dreams comes to us from the famous psychiatrist, Carl Jung. He is largely credited with conceptualizing the active imagination (Chodorow, 1997). Think of this as the mind’s portal to the unconscious and other spiritual dimensions.

That said, it’s time to move on to the real reason you came to this page – to understand what chasing dreams mean.

I’m going to tell you what I share with students and clients when they come to me with a dream analysis question. Are you ready? Here it goes:

Dreams should be viewed through the lens of symbolism and cannot be taken literally.

I mention this now for foundational purposes. This will help to provide context in all that follows. To make things simple, I’ve created this post in the traditional question and answer format. My hope is to help you quickly get to the answers you are looking for.

What do chasing dreams mean?

When a person dreams about someone (or something) chasing them, it usually represents an unconscious fear. In many cases, the intensity of that fear is directly linked to something a person is worried about.

There is some research to suggest that bad dreams are nothing more than mental projections of unmet psychological needs. But there is a big difference between having an unpleasant dream and one involving being chased – well, at least to me.

Some psychologists think it is important to identify who is doing the chasing. But what if you don’t know “who” is?

Typically, what I hear is: “I could tell something was after me and so I ran. I could sense it was evil but that’s about it!”

Others have shared variations of the above. Examples include only being able to see the eyes of the person, like bright red slits. I’ve even had some folks tell me they saw monsters running after them with gold colored eyes.

What’s interesting is that men seem to have more dreams about being chased by a group (aka: a pack of wolves) whereas women report being pursued by one object (like a creature).

I have no data to support this observation and can only tell you what’s been shared with me during counseling sessions. To my mind, this makes sense because guys generally are the ones to have dreams about fighting – usually against two or three people at once.

What does hiding mean in dreams?

A common dynamic as part of a classic chase dream is the person running from a creature and finding a place to hide. Let’s say in your dreamscape, you are being pursued by a beast in the misty woods.

From a place of fear (and a desire to survive), you find a massive oak tree with a large trunk. Acting as a pillar, you hide behind the tree until danger passes.

FYI: I didn’t just make this scenario up. I’ve heard manifestations of this exact same situation from at least a dozen of clients.

Here’s a recent example from a student who wrote me three weeks ago.

“I knew something was chasing me so I hid behind a tree. I waited there until it felt safe to leave. But then I suddenly woke up!”

So, what does the act of hiding mean in dreams? Well, it’s not what you may think. Most people say hiding symbolizes fear and self-protection.

But what if I told you that hiding really represents something about you – like a secret? In many cases, that’s exactly what I believe is going on.

So instead of hiding your physical person (aka your body), what you are really doing – symbolically – is protecting information. The entity chasing you usually represents a threat to that material.

Another variation of the hiding theme relates to unconscious fears of being exposed. To cut to the chase, I’m talking about being found out as:

I’ve seen this dynamic most often in people who struggle with a condition called imposter syndrome. That’s basically a situation where an individual is unable to accept their personal accomplishments and view themselves as a fraud.

One interesting observation is how often imposter syndrome seems to pop up with organizational leaders I have worked with, such as senior executives and CEOs. So many of them have shared with me – in confidence – that they feel like they are “faking it”.

Finally, I also want to say that I’ve seen the chase-hide dynamic occur with college students. Typically, these dreams occur around the time of major exams. And when you think about it – doesn’t that computer? After all, there are only two outcomes of a test: pass or fail.

What can I learn about myself when I dream about being chased?

With an open mind, you can learn much about yourself from dreams. With chase-hide dreams, you may be able to identify deeply held sources of shame.

Additionally, you might be able to determine if someone or something is causing you pain.

Bear in mind that dreams also can be projections of anxiety. I often joke with some of my clients and say, “Just because you went to sleep doesn’t mean your anxiety went to sleep too.”

The hard truth is some mental health issues can lend themselves to nightmares, particularly various forms of depression. I’m not saying if you have bad dreams that you have mental health problems. But I am saying that people who struggle with certain types of issues report bad dreams more frequently.

If I get caught in a dream, does it mean I’ll die?

This is an old urban myth. Many people think if they dream of someone grabbing or “catching” them – particularly while hiding, it means they will die in real life.

In other words, they don’t wake up.

Honestly, that is a bunch of nonsense. I can understand why folks buy into this because scary dreams lend themselves to scary outcomes. Read this page on the meaning of death in dreams to learn more.

What else can cause dreams about being chased?

Aside from various forms of internal conflict, there are outside influences that can impact dream material. A biggie is medications.

If you’ve ever watched those commercials on T.V. where the narrator talks about the side-effects of a certain med, you’ve no doubt heard: “[fill in the blank] may cause sleep disruptions or nightmares in some people.”

This is why it is important to ask your doctor questions about any new prescriptions.

Additionally, substances also can cause people to have chasing dreams. Examples include alcohol, cannabis, and psychedelic pills such as ecstasy. Technically, the “dreams” are hallucinations but the person experiences the content as a dream.

Are dreams portals to another dimension?

Earlier, I mentioned that dreams should be viewed through the lens of symbolism. That very much holds true. But symbolism shouldn’t be thought of as exclusionary to other possibilities.

Believe it or not, there are some cultures who believe that dreams are a pathway to supernatural communication – openings to other realms of existence that transcend this time and space.

Native Indians, for example, believe in spirit animals. In this way, a turtle or wolf appearing in a dream symbolizes a life-lesson. Example: wolves represent wisdom, turtles – patience.

Where else can I learn about dream interpretation?

You will find lots of information on the Internet. Some of it is great. Others, not so much. What I encourage people to do is keep a dream journal. This helps them to record imagery, which usually is linked to themes. It is then just a matter of exploring the imagery and finding their definitions from various sources.

Personally, I like the book Understanding the Dream You Dreamed by Milligan. It’s written without all of the psycho-babble we so often see in dream-analysis books.

In closing, I’ll leave you with this. Dreams can be a wonderful source of self-insight. Don’t fear them. Instead, try to learn something about yourself.

Have you experienced dreams about being chased? What do they mean to you?

About John D. Moore 383 Articles
Dr. John Moore is a licensed counselor and Editor-in-Chief of Guy Counseling. A journalist and blogger, he writes about a variety of topics related to wellness. His interests include technology, outdoor activities, science, and men's health. Check out his show --> The Men's Self Help Podcast
Website LinkedIn

What Dreams About Snakes Mean

10 Smart Ways To Cope With Anxiety and Fear

Table of Contents Coping with anxiety and fear1. Stop the negative self-talk2. Embrace your anxieties and fears3. Nix perfectionism and opt for excellence4. Center thoughts in the here and now5. Discover others who have the […]