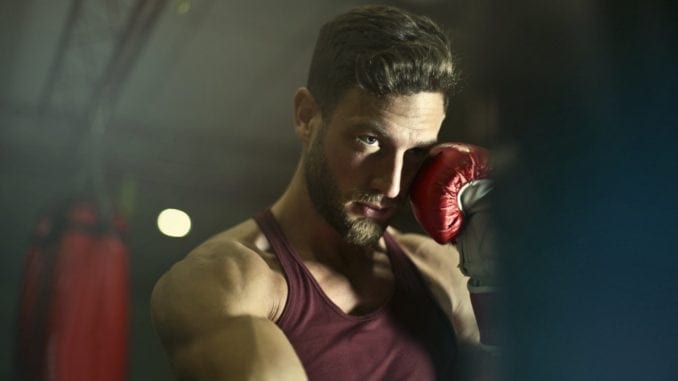 Why am I Dreaming About Fighting?

Are you having dreams about fighting? Has your mind conjured up imagery of you getting into a fistfight? Is the person you are sparring with a stranger or someone you know?

If any of the above describes your situation, you wouldn’t be alone. One of the most common types of dreams, particularly for men, relates to fighting.

As a person who teaches courses in dream interpretation, I can’t tell you how many times a student has come to me and asked, “Why am I dreaming about fighting?”

And so that’s what this blog post is all about – why people dream about fighting in dreams. It’s a topic that is not often discussed and widely misunderstood. The reason? Most folks aren’t OK with talking about violence.

Now before we dive too deep, you have a right to know who is penning this piece. I won’t bore you with a bunch of detail except to say that I have a doctorate in psychology and am a licensed mental health professional.

In addition, I’m a board-certified clinical hypnotherapist with many hours of training in Jungian psychology. In case you don’t know, Carl Jung was a famous Swiss psychologist who many consider to be the father of psycho-spiritualism.

In short, psycho-spirituality is the merging traditional psychology with spirituality. That’s important to know because some believe that dreams contain material from the beyond, such as having a dream about the deceased.

OK, now that we have the prefacing out of the way, let’s assess fighting dreams.

Here’s the dirty little secret of dream analysis. Nobody can say for certain what a given dream means. That said, what can happen is an exploration of the material in your dreams, which heavily pulls on dream symbols.

I’m going to walk you through common causes of fighting dreams and use symbolism as a conduit for self-insight.

I’ll say this now and emphasize again later – dreams cannot be taken at face value. Instead, focus on the imagery, which can help you to look inward about what’s going on.

One major reason you may be dreaming about fighting someone relates to a deep subconscious struggle. Examples include making a difficult decision about a relationship or work.

Internal struggles can be short-term or long-term. If by nature, you are an indecisive person, this type of dream imagery tends to pop up more frequently.

Deeply held fears are often at the root of fighting dreams. For example, if you are afraid of a secret being exposed or worried about a specific issue, like someone cheating on you, your mind may project a villain to fight against.

Bear in mind that fear and anxiety are not the same. Anxiety is the engine behind fear. In the case of dreams, it’s important to look closely at the symbolic representation to assess the source of your anxiety.

If you were bullied as a child or somehow abused, it shouldn’t surprise you that your mind is projecting something violent, like a fistfight.

The subconscious has a way of processing and discharging what the conscious mind cannot. This allows for the psychological process known as catharsis.

Do you have any phobias? An example might be an intense fear of rats or a parlaying reaction to spiders. If the answer is yes, your mind may be conjuring up imagery that matches your phobia. For example, if you fear rats, your subconscious may project a scene where you are fighting one with the goal of building up confidence.

Some people have horrible fighting dreams that contain scary creatures. Examples include monsters, wild animals, and even ghosts.

In many cases, the person having the dream is dealing with some type of illness. The creature being fought in the dream is symbolic of the condition.

There are more ways a fight scene can manifest in a dream then I can shake a stick at. What follows are several scenarios that people typically experience. I’ve included an analysis to assist you in creating possible meaning.

One of the most effective ways to better understand your dreams is to keep a dream journal. By writing jotting down the imagery, people, things, and feelings you experienced while sleeping, you’ll be able to look back and identify themes.

The journal itself needn’t be fancy. A simple notebook will work just fine. Some people find that recording material helps to reinforce journal keeping. You can find these types of tools online, like Amazon.

If you happen to be in psychotherapy (or thinking about it), having a journal may be beneficial to you and your therapist. Did you know there is such a thing as dream therapy? Yep, there is. You can learn more about this via this link.

In addition to the journal, it may be a good idea to study dream symbolism. This will allow you to better understand what some of the images you are seeing mean.

You can find many dream interpretation books online or at chain bookstores. Personally, I like the Dream Interpretation Dictionary by DeBord. See Amazon for price.

If you are having dreams about fighting, don’t be alarmed. Most of us experience this type of situation at some point or another.

It is best to think of your dreams as portals to the unseen.  Consider them a gift – a pathway to your inner you.

What Dreams About Being Chased and Hiding Mean

You Want Women In Your Life? Stop Focusing On Game

Find your purpose and get women in your life Does it ever happen to you that as soon as you have a girlfriend, there is an endless amount of girls going after you? Like, even […]