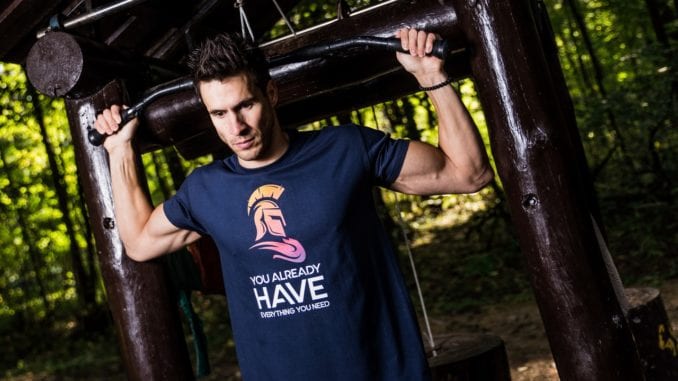 Is it possible a straight guy can be attracted to the same sex?

But in the last year, that has all changed. There’s a guy at my gym who has turned into a workout buddy. Same age, super cool, and is out [as gay]. For some reason, I have found myself strangely attracted to him. In fact, I’m starting to wonder if I’m not in love with him.

We’ve never messed around or anything like that. In fact, I’m not even sure if he knows what’s up on my end. But the entire thing is driving me nuts because I’m fantasizing about him, even while making love to my wife.

Is it possible a straight man can fall in love with a gay man?

I can imagine sending this note was not easy and that it required a lot of courage to write all of this out in the first place.

If that sounds like a complicated answer, that’s because it is. Simply put, the term “straight” is subjective at best. We’re going to get into the nuts and bolts of that in a bit, but I want to first address the realities of what you are dealing with.

My sense is that you didn’t plan on any of this. You probably were working out at your gym, doing some random exercises and at some point, realized you needed a spotter. And then it happened. An attractive guy decided to jump in and help you out. In turn, you offered to spot him.

As time went on, the two of you would bump into one another at the gym and became workout buddies. He talked about his life, including being gay, and was completely open about everything.

In turn, you shared personal details about your situation, including being married to a woman and having a child. All of this served as a kind of bonding experience; a moment where the both of you could be vulnerable to one another.

At some point, you realized the excitement you felt upon seeing him felt different – more than just the typical feeling two friends feel when running into each other.

And then, as you mentioned, he crept into your thoughts while making love to your wife. As you tried to push him out of your mind, his imagery only came back stronger.

Does any of this sound familiar? If the answer is yes, you wouldn’t be alone. Here’s the full-on truth. Most men are not 100% heterosexual. They may gravitate towards the ladies but that doesn’t mean they are devoid of any attractions towards the same sex.

I’d like you to think of sexual orientation as being on a spectrum. Yes, you may have been taught to think of “straight” and “gay” in black and white terms but for our purposes, try to envision a scale.

What I have just described to you is the Kinsey Scale. Developed in 1948 by American biologist Alfred Kinsey, the scale was designed to illustrate a range of sexual orientation.

Here is the actual scale, taken directly from the Kinsey Institute.

X | No socio-sexual contacts or reactions

So, what does all this mean for you? While it is hard to know, it sounds like you may fall somewhere between numbers 2 and 1 on the scale.

Obviously, I can’t make a placement for you. There are online assessments you can take to help make a determination. For example, you can try this website.

I guess my point in bringing all of this up is to encourage you to rethink some of the labels we’ve grown accustomed to as men.

In “bro-code”, guys don’t talk about such things. It’s not like we’re going to tell our best buddy after a fist-bump that we are attracted to them, right?

But just because we aren’t mentioning these attractions doesn’t mean they don’t exist. They most certainly do. And while things are changing, we’re still not at a place where transparency about attraction is the norm.

It’s worth noting that in 2015, the folks at YouGov.UK conducted a fascinating survey where British people placed themselves on the scale.

All of this is to say that things, apparently, may be changing. But we simply aren’t there just yet. Give it another decade and I think you will see constructs around sexual orientation completely different from what folks go by in the here and now.

That said, I’d like to take a moment to address the other issue going on, based on your note. You used the word “love” as part of your questioning process.

What I’d be curious to know is why you think you are in love him? Is it possible that you simply are physically (sexually) attracted to this man and that your curiosity about being with him is complicating your feelings?

Don’t get me wrong. It’s entirely possible that you are in love with him. But my hunch is the physical attraction is so strong that it is misinforming your feeling state.

I’m just throwing this out there as a possibility because I suspect you haven’t shared what you have discussed here with anyone. Bottled up inside, I’m sure all of this is deeply confusing.

You didn’t ask this, but I’d like to address the obvious elephant in the room – what to do?

My best advice is to not play the game of pretending like none of this is happening. Doing so could only make your attractions stronger. It was Carl Jung who is credited with coining the phrase, “What we resist persists”. And that is very much the case here.

It is far better to accept this part of yourself and not pass judgment. This means not buying into all of the labels people throw around, which are often inaccurate and harmful.

Probably one of the best things you can do is find a counselor in your area to talk to about some of what you shared here. But the goal shouldn’t be to “change” who you are or eradicate the attraction. Instead, it’s best to simply accept what’s going on while exploring a part of yourself that probably doesn’t get much nurturing.

Finally, I’ll say this. If there is a part of you that is wondering if you should act on your attraction to this other man, think carefully before making a move. Not because it’s “wrong” or “unnatural” or some other shame-based reason.

Instead, consider how the disclosure and whatever else may follow (assuming he is attracted to you) may impact your friendship. More importantly, how might this cause a problem in your marriage?

If you were single and unattached, I’d probably have different thoughts on this matter. It’s not like men don’t experiment with other men at some point during their lifespan, you know?

But that’s not the case here. The reality is you are married and presumably monogamous. That’s the real thing you need to think about, you know? Because once you cheat, regardless of who with, the deed is done.

Well, ACB, I hope what I’ve shared here was helpful to you. It’s good that you reached out. I have a feeling there are a lot of readers who can relate – in some way – to the dilemma you’ve discussed here.

Does It Really Matter If Channing Tatum is Bisexual?

If Channing Tatum is bi, so what? It seems like the Channing Tatum bisexual rumors have really gone into overdrive over the past year. Gossip machines cranked up the buzz after word came out that […]