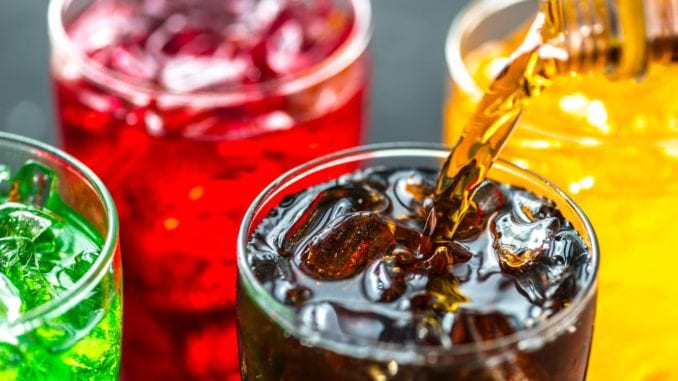 Apparently, sugary drinks can send you to an early grave

If the answer is yes, you aren’t alone. Millions of people enjoy these types of beverages – including me.

That’s why having to tell you about this new study is a bummer. Ready for it?

According to what’s just been published in the journal Circulation, people who regularly reach for sugary drinks run the risk of dying prematurely (especially from cardiovascular disease).

Yep, that’s right. Going by the research, folks who drank two to six sugar-sweetened beverages per week were 6 percent more likely to croak during the study period, compared with those who had just one per month.

Think drinking something with an artificial sweetener lets you off the hook? So did I – until I dug into the research.

Apparently, investigators found that drinking one artificially sweetened beverage (ASB) per day (as opposed to a sugary one lowered) did indeed lower the risk of croaking prematurely.

That said, the study also found that drinking four or more ASBs per day was linked to early death in women. That sucks, doesn’t it?

“Our results provide further support to limit intake of SSBs and to replace them with other beverages, preferably water, to improve overall health and longevity,” said Vasanti Malik, a researcher in the Department of Nutrition and lead author of the study.

The good news is that over the past few decades, the consumption of sugary drinks has declined. But there’s room for concern because of a recent uptick among adults.

The American Beverage Association, which serves as a voice for the non-alcoholic beverage industry, made the following comments to the folks at Market Watch in reaction to the study.

“Soft drinks, like all the beverages made by our industry, are safe to consume as part of a balanced diet. The sugar used in our beverages is the same as sugar used in other food products. We don’t think anyone should overconsume sugar, that’s why we’re working to reduce the sugar people consume from beverages across the country. Additionally, low- and no-calorie sweeteners have been repeatedly confirmed as safe by regulatory bodies around the world.”

So, what does all this mean? Should you simply cut off all sugary drinks and reach for water?

Debbie Petitpain, a registered dietitian and spokesperson for the American Academy of Dietetics, spoke to Web MD and said the following, “There’s no downside to cutting down on sugar-sweetened beverages.”

That’s kind of a non-answer, don’t you think?

Alice Lichtenstein a spokesperson for the American Heart Association, also spoke to Web MD and offered her insights, “The best advice we can give to people is to drink mainly water,” she said.

Related: Push-ups are good for your heart

Apparently, nobody has a concrete answer about how many sugary drinks is safe to have per day. Last year, CNN carried a piece that stated the following, “The American Heart Association recommends consuming no more than 450 calories from sugar- sweetened beverages per week (the amount in three cans of cola)”.

Well, at least that’s something.

At the end of the day, it sounds like the general takeaway from this study is to drink more water and keep sugary beverages to a minimum.

When you combine this study with other research that suggests coffee is terrible for you and fast food will kill you, one can’t help but wonder(at least for some of us) where the fun is in life?

Oh well, I guess I’ll be drinking more water. How many sugary drinks do you have per day?

What Should Men Wear To a Funeral or Memorial Service?

Funeral Attire Options for Men Are you a man trying to figure out what to wear to a funeral? If so, you wouldn’t be alone. Lots of guys struggle with this question, particularly if they […]

Is It Wrong To Skip a Family Member’s Funeral?

Would you skip a family member’s funeral? Not long ago, a gym buddy of mine named Steve shared with me that his brother Nick had just died. Feeling sorry for his loss, I offered my […]