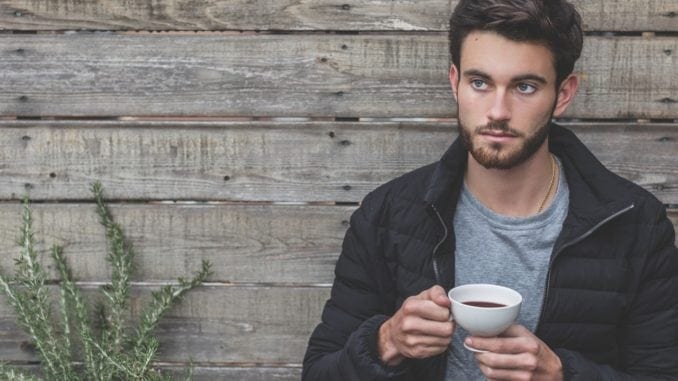 When she wants to pause the relationship and asks for space

Recently, my girlfriend told me that she wants to take a break from our relationship. According to her, she needs space to think about things and wants to slow things down.

We’ve been dating for around a year and I thought everything was going OK. Either I’ve been completely oblivious or there is something else going on. Has she been cheating on me?

Any thoughts on how to respond to what she’s saying? I feel like total crap now.

As I read your note, I immediately knew this was the kind of issue a lot of guys encounter over the course of their dating lives.

There’s nothing more crushing than having feelings for someone and making an emotional investment in them, only to be told that perhaps, they don’t feel the same way.

No, your girlfriend didn’t come right out and say this but her sentiments none the less can be interpreted this way.

I’m going to answer what you’ve asked here, keeping in mind there are missing details, such as what may have led up to her request.

I can imagine the first place your mind traveled to was to a place of self-blame. After being told this news, you likely asked her “why”? If your experience was like most guys, the response you got was probably less than satisfying.

But here is the thing. It’s entirely possible has requested a relational pause for reasons that have nothing to do with you. There are a number of reasons this could be, including a realization that (perhaps) things were moving more quickly than she’d like.

Prior to the two of you becoming an item, was she involved with someone else? If so, that could also be part of the mix. Let’s be real for a moment, OK?

Sometimes, to heal from one broken relationship, some folks jump into new ones as a way of medicating the pain. Not that we are a monolithic group but I know a lot of guys who do this after breaking up. It’s no different for women.

If that is what happened here, then you must realize this is about her stuff. It’s hard to have emotional space for someone when your heart is still wounded, you know?

Putting all of this aside, it’s also entirely possible that she wants a break because of issues happening in your relationship. The possibilities run the gamut – from her not feeling appreciated, to sexual dissatisfaction to general boredom.

What’s troubling is that you don’t exactly know the cause. I mention this because I’m thinking if you did, you’d have mentioned it in your message.

Did the two of you struggle with communications in your relationship? Were issues avoided because they felt uncomfortable to discuss? Were there times when she brought up certain topics that were ultimately ignored?

Again, these are things you will need to think about. Go back in your mind and reflect on some of your conversations. The answers may not come to you all at once because you’re still reeling from the pain.

Let’s talk about the possibility of infidelity for a moment, meaning her cheating on you. I’m going here because you hinted at this possibility in your note.

I want you to take a deep breath and ask yourself if you think she stepped out on you. As you do this, I also want you to trust your instincts as part of the process.

Should your inner voice tell you this is probably the case, you need to pay attention. Whenever we forge an emotional bond with someone and a violation of trust occurs, there is almost always a “change in the force”.

Yes, I’m using a silly Star Wars metaphor but I think you get my drift.

Here’s some things to consider. Before asking for the break, did you notice she was pulling away? Could you sense she seemed more distant and less connected? Were there other changes in behavior that, upon reflection, [now] seem kind of strange?

Here’s what I know. Your inner voice is almost always right. People sometimes wonder what the difference is between paranoia the inner voice. It’s simple. One operates from a place of fear. The other emanates from the center of truth. Make sense?

Infidelity comes in many forms. For men, it’s often a carnal thing and based on the physical. This can be true for women as well, however, there’s almost always an emotional component attached.

Let’s assume for a moment that she has been cheating. Would knowing this help you with understanding the reason behind the break? Perhaps it might – but chances are you’d also feel worse than you do right now. But it’s better to know now, right?

Finally, let’s move on to the last part of your note: How to respond to her?

The answer is simple: Be direct and ask.

Don’t edit yourself when you do this. Instead, request to meet face to face. If possible, try to do it somewhere semi-private, just in case the conversation gets intense.

Hopefully, she’ll respond by telling you her reasons in a transparent way. Brace yourself for the answers because you may get feedback you don’t want to hear.

If, on the other hand, she comes off as shady and doesn’t offer up anything concrete, don’t push it. The last thing you want is for her to invent sh– just to pacify you.

D.C, I wish I knew the reason the woman you’ve been dating wants to take a break. Search your relational history and take an inventory. Have there been ladies in the past who didn’t want to date you for a specific reason? Only you know the answer.

In the final analysis, when someone does ask for a pause, take it as a strong indication that a full-on break up is on the horizon. In fact, a request for space usually means things are already over.

Sorry to hear you are struggling right now. It’s no doubt a tough time.

Hopefully, you’ll get some answers in near future. But even if you don’t, things are going to be OK.