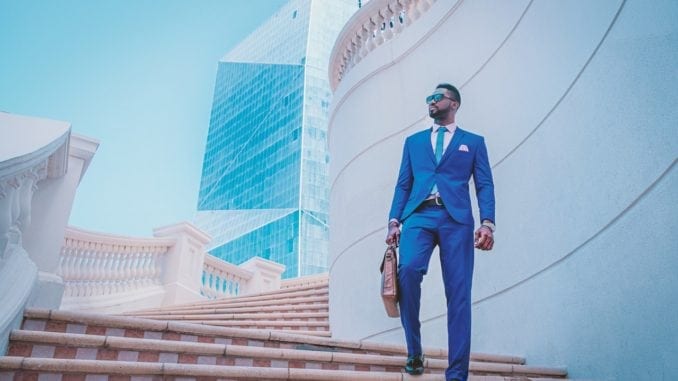 Money and the heart

Coronary heart disease (CHD) is the leading cause of death in America. A new study published this month in the American Journal of Preventive Medicine found that African-Americans who worry about their finances have an increased risk.

The Jackson Heart Study examined data from 2, 256 participants living in Jackson, Mississippi between the years of 2000 and 2012.

After the economic recession of 2007, African-American communities were especially impacted. The U.S. Department of Labor, Bureau of Labor Statistics reported that after December 2007, the unemployment rate for African-Americans was 11.5 percent. That’s 5.2 percent higher than Whites.

The aim of the study was to determine if there was a link between psychological stress, specifically economic stress, and the prevalence of coronary heart disease in this population group.

The participants of the research study had no prior heart-related illnesses. They were asked about the types of psychological stresses that they experienced in their daily lives. Their overall physical health and smoking behavior were also considered.

What the researchers found was a correlation between the psychological toll of financial hardships and the development of heart disease. Cheryl Clark, MD, ScD is a senior author for the study and summarized her findings. “Stress is known to contribute to disease risk, but the data from our study suggest a possible relationship between financial stress and heart disease that clinicians should be aware of as we research and develop interventions to address social determinants of health disparities.”

In fact, there were three factors that proved to be a crucial link.

The presence of depression, smoking and diabetes together were a fatal trifecta for the African-Americans in this study. Yet, all three factors didn’t need to be in place to significantly increase a person’s risk for CHD.

The study found that African-American men and women who just had moderate-to-high levels of economic stress were three times as likely to have a heart-disease related event. Even participants with mild levels of stress had twice the risk for CHD than people who weren’t affected by economic stress.

This longitudinal study sheds light on the issue of economic stress and the link to physical health among African-Americans but it couldn’t draw any definitive conclusions.

It failed to hit on any root causes of that stress and was unspecific about ways in which stress affected the body. The study also offered no viable solutions to preventing economic stress.

For further clarity, Guy Counseling turned to Erika Martinez, Psy.D., CDWF, a licensed Psychologist practicing in Miami. When asked about the link between poverty, stress and physical health, Martinez noted that “Poverty can lead to a chronic stress response in the body.

The body’s response to stress is the same regardless of the source of stress. As such, the negative effect on overall health is the same.”

Dr. Clark acknowledges the shortcomings of the study but is optimistic about its value in helping clinicians prevent heart disease in African-American communities.

“The information from this study covered experiences men and women had during the recession of 2007 and beyond,” Clark said. “As we think about policies to prevent heart disease, we need to know a lot more about how economic volatility and financial stress may be connected to heart disease so that we can prevent unnecessary stress that may affect heart health.”

It’s a challenge for African-Americans living in poverty to practice healthy lifestyle choices. Depression and anxiety are ever-present. Plus, there’s a stigma among the Black community when it comes to addressing mental health.

Any person dealing with a high level of stress will suffer impairments to their cognitive abilities and experience a diminished quality of life.

What’s unique about this study is that it points to a specific connection between economic strain and heart disease for African-Americans – a link which had previously been unknown.

How to Last Longer in Bed Naturally: 10 Practical Tips!

Last Longer in Bed Naturally How to last longer in bed – that is a question many men are curious about as they search for ways please their sexual partner. The research certainly seems to […]

June is Men’s Health Month, making this the optimal time to take control of your health! While it can be easy to fall into unhealthy routines and patterns, it’s important to take time out of […]

Here’s Why You Shouldn’t Let Anger Get Pent Up

Trending News: Anger and aging don’t mix well Have you ever been told to control your anger? Do you sometimes struggle with a short temper? Need a reason to create positive change? If the answer […]