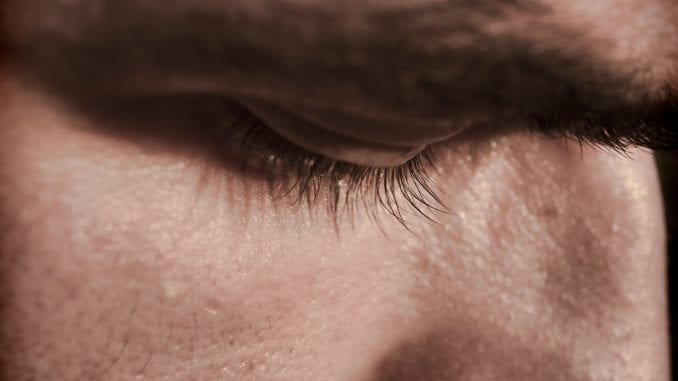 Are you a man who avoids crying in public? Do you hold back tears of sadness or joy, worried about how you’ll be perceived?  Have you been taught to believe that real men don’t cry?

If the answer is yes, I’d like you to revisit your assumptions. That’s because a recent study published in Frontiers in Psychology has revealed some men who cry are viewed more manly than you think.

You may be wondering who these men are? Well, what if I told you they were athletes and firefighters? Yep, that’s right, two roles that have historically been tied to masculinity.

For this investigation, Heather MacArthur, an Assistant Professor of Psychology at Hamilton Psychology in New York, assessed how some people perceive guys who cry in specific situations, such as competitive sports or firefighting.

She conducted two studies. Each involved vignettes of men in specific roles. Some of the stories involved firefighters. Others involved weightlifters. And still, others were about nurses and skaters.

All were rated for their masculine and feminine traits by randomly assigned participants. The results showed that the weightlifters and firefighters were viewed as emotionally stronger and more masculine than the skaters and nurses.

Remember, we are talking about crying weightlifters and firefighters.

Here is how MacArthur explained the outcome: “Overall, these results support my initial hypothesis that observers would view men’s crying more favorably when that crying occurred in a stereotypically masculine rather than stereotypically feminine context: to the extent that a man is perceived as more masculine and less feminine due to his occupational role, perceivers will also rate his tears as more appropriate and acceptable.”

At its core, MacArthur’s research suggests that crying can be seen as a masculine trait, depending on the activity the guy is involved with. But it also shows that culturally, we have a lot of work to do around gender stereotypes and toxic masculinity.

Guy Counseling spoke to Lincoln Giesel, a Chicago based psychotherapist to get his impressions of the study. Giesel works with men regarding mindfulness and vulnerability.

“In some ways, these findings are not surprising. The hard truth is we still have certain jobs and activities, like competitive sports, that are viewed as ‘manly’. It’s not right and times are changing. It will be interesting to see what a similar study might look like five or ten years from now,” Giesel said.

“The fact that crying firefighters and weightlifters were viewed as masculine at all should be seen as progress. A decade ago, I’m not sure they would have been rated the same,” Giesel adds.

There are limitations with the study that are important to point out. The relatively small sample size and age of the participants are big ones that stand out. Still, an interesting study all the same.

At any rate, there you have it, folks – a new”ish” line of research on masculine perceptions. Are you a man who cries? If so, do you worry about how it will be viewed by others?

Men, hair loss, and heart health research A new line of research about young men who lose their hair early in life may suggest an increased risk for heart problems. The study assessed around 2,000 […]

Sleep may help strengthen memory retrieval A team of researchers at the University of York explain that sleep has a way of strengthening old and new experiences of the same memory to the same extent, […]