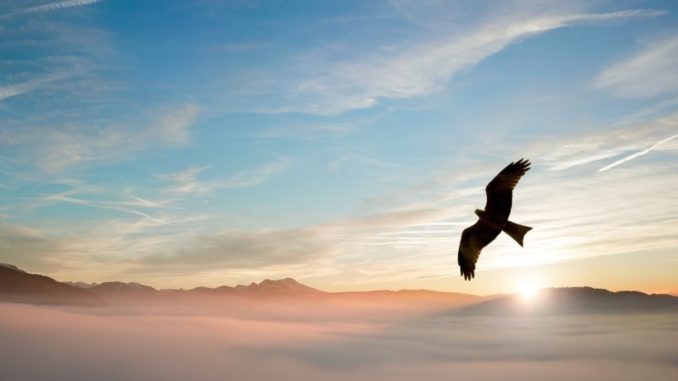 Are positive affirmations good for you? What can you do when positive self-talk doesn’t line up with what’s happening in your life? If you’ve ever searched for motivational hashtags on social media or listened to self-help podcasts or spiritual gurus on YouTube, then you’re bound to run into the belief system that revolves around manifestation.

It’s an esoteric system of personal development that asserts what you think and speak comes into existence through the power of your faith – faith in the power of the universe to give you what you want and faith in yourself to harness that power. You might’ve heard of the Law of Attraction, the Secret, and other forms of manifestation that permeate the internet.

The problem with manifestation is that the deeper you get into it, the harder it becomes to evaluate, prove, and verify. Even the so-called experts of manifestation admit that they’re tapping into another dimension of existence that hardly anyone really understands. Nobody can clearly explain if it works, how it works and why.

I’ve dabbled in manifestation, and I think there is definite value in exerting ownership over your existence. By thinking positive thoughts and saying positive statements, it’s possible that you can generate positive outcomes in your life. However, manifestation can lull you into a problematic headspace. What do you do when you’re not getting rich or healthy or successful simply by thinking that you will?

The Problem with Positive Affirmations

What happens to your state of mind when you’ve been spending months telling yourself that everything you need is coming to you effortlessly and you keep on facing the same problems in life? Can you look yourself in the mirror and say that everybody likes you when you can’t call on anybody to help you in times of need?

Positive affirmations can backfire when you use them to ignore the darker aspects of your existence. They might seem like easy fixes for your problems but relying on them can be harmful to your mental health, especially when better outcomes don’t manifest themselves right away.

There is a place for positive affirmations, but that place shouldn’t be a zone of denial. You’re not manifesting a new reality simply by stating it, you’re stagnating your growth and putting your faith in the easiest way out of a problem. That’s just called wishful thinking.

I used to know someone who swore by positive affirmations. My barber was a Vietnam war veteran and an all-around solid dude. He had a steady clientele of young guys who would come into his barber shop for cheap cuts and plenty of salty stories about his macho life in the Marines.

Every time I walked through the door and asked, “How you doing, Gus?” He’d automatically reply, “Better and better every day.” It was kind of like his thing, but one day I noticed that he said it with a distant look in his eye. He didn’t look better. He looked like a train had just run him over.

It turned out that his wife had just got diagnosed with cancer. So, I offered my well-wishes and thoughts and prayers and all that stuff, but it all seemed like an empty gesture. Then, I thought about his signature catch phrase “Better and better every day” and it seemed like a hollow statement, too.

What if you’re not getting better and better every day? Should you still say positive affirmations, or does it become a lie that does more harm than good? I began to feel as if Gus the barber was avoiding the pain of his wife’s condition by hiding behind that positive catchphrase.

I imagine that he’d eventually have to work through the pain and admit that he wasn’t feeling better and better, but Gus was an old-school guy. I was sure that he’d bottle it up inside and keep spitting out that tired old mantra to all his customers.

There’s a hard truth involved here. Sometimes, positive thinking doesn’t work. In fact, that’s the subject of a recent episode from the Men’s Self Help Podcast. It talks about Acceptance and Commitment Therapy (ACT) and the courage to heal from difficult situations in life. If you’ve been struggling to see progress from positive thinking, then you should definitely check it out.

Related: What If Positive Thinking Fails You?

Something Better Than Manifestation

In light of what the world just went through with the global pandemic, it’s hard to imagine my barber Gus still saying that he’s getting better and better every day. I gotta level with you – it’s okay to acknowledge that you’re having a bad time. How else can you make changes in your life?

That’s one of the reasons why I like Cognitive Behavior Therapy (CBT). It deals with the here and now issues that you’re facing. Instead of telling yourself that everything is fine or trying to unpack a decade of past trauma, you start with what you’re thinking, feeling, and doing right now. Instead of using positive affirmations, you explore simple actions with the help of your CBT therapist that might make a real difference in your immediate situation.

CBT challenges your thoughts. Are you really getting better and better every day? If not, what are some simple and immediate steps that you can take to make a positive change. Cognitive Behavior Therapy works well with people who give ear to manifestation because CBT deals with your self-talk and the power of your thought patterns.

CBT goes a bit further than simple manifestation because it chooses action plans to create favorable outcomes instead of waiting for the mantra to ring true. It might not be as sexy as commanding the universe to do your bidding, but it is evidence based and scientifically proven to help lots of people. You might feel much better about your future when you don’t leave it in the hands of fate.

If you’ve found yourself having obsessive negative thoughts or feel a negative backlash from manifestation failures, then I’d like to share an amazing CBT resource with you available on Amazon. It’s a book called Cognitive Behavioral Therapy: Simple Techniques to Instantly Overcome Depression, Relieve Anxiety, and Rewire Your Brain by Olivia Telford. It’s got a chunky title, but the book breaks down CBT in a simple way so you can use it in your everyday life.

There is a difference between positive thinking, positive speaking, and positive actions. I’ve found that of the three – positive actions are the most reliable way to create lasting happiness and balance in your life. It’s the only one that deals with the concrete world that we live in, the day-to-day material world that surrounds us.

You should think positive thoughts, but don’t use them to conceal your pain. You shouldn’t ignore the negative aspects of your life or pretend that they don’t exist by repeating mantras that have no basis in the facts of your life. You can speak to the mountain if you want, even hope that it moves, but you’ll see more noticeable results by digging. Nothing moves that mountain like a shovel.

Positive thinking might set the gears in motion. Positive speech might light the fire that fuels you forward. Yet, it will come down to some form of positive action that makes all the difference in your life. Keep thinking and speaking positive self-talk, but try not to let it rob you of your own objectivity. Look at things as they are while you strive for better outcomes. You’ll arrive in due time.

5 Steps Men Can Take to Love Themselves

Here’s how men can love themselves I’m the son of a West Texas bull rider. Translation: I grew up in a tough, high-performance, produce-for-value environment. This reality led to some unique experiences, like playing at […]