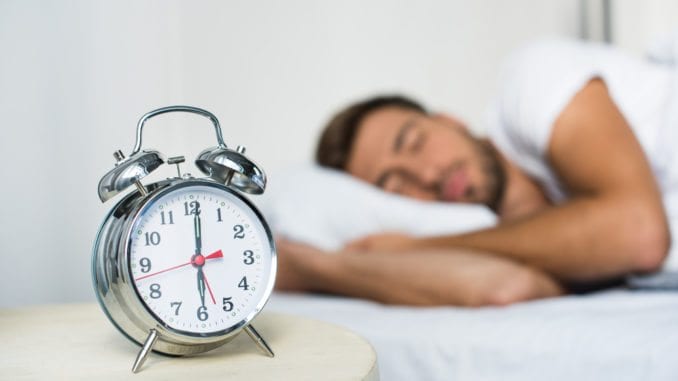 Not getting enough sleep may make less likable

Do you struggle with loneliness? Have there been times where you could almost swear people are avoiding you? As a result, do you sometimes question your attractiveness?

If the answer is yes, it might be a good idea to assess how much sleep you are getting. Yes, you read that right – sleep.

According to a new study in the journal Nature Communication, people who don’t get enough Z’s experience greater loneliness and less desire to spend time with others.

Moreover, well-rested individuals who come across sleep deprived folks can pick up on this loneliness, which in turn makes them feel down.

Well-rested people avoid the sleep-deprived like the plague. Over time, this can cause deeper feelings of loneliness for the individual not getting enough Z’s.

To conduct the study, investigators at the University of California, Berkley recruited 1000 people and asked them to watch a video of people discussing workplace issues.

Some of the people in the video were sleep-deprived. Others were well rested. But here is the thing – the participants weren’t told this information.

Instead, they were simply asked to gauge how much they wanted to interact with the persons, based on observation. Time and again, the sleep-deprived people who seen as lonelier and less desirable to hang with.

On top of that, the participants who scored the sleep-deprived as less socially desirable also indicated they felt an uptick in their own feelings of personal loneliness.

In other words, sleep-deprived people can trigger feelings of sadness in otherwise healthy people. The investigators aren’t sure why this happened but theorize that because humans are social creates, it may be part of our wiring.

The University of California study comes at a time when other lines of research show that not getting enough sleep may cause feelings of anxiety and depression.

How much sleep are you supposed to get?

It depends on your age and other life factors. Generally speaking, most healthy persons need 7-9 hours of rest per night, according to the National Sleep Foundation.

Are you getting enough Z’s at night? If not, has it taken a toll on your ability to socialize with others? How about your general mood?

Tips for working through driving fears Fear of driving is one of the most common fears people face.  You may feel anxious about getting behind the wheel, or worry that an accident may happen while […]

5 Reasons Men Have Fear of Intimacy

Fear of Intimacy Fear of intimacy in men is big problem for many men. Regardless of how he feels about another person, whether that person is a significant other or someone they are just getting […]

Work Life Balance Barriers Do you feel burned out at work and guilty whenever you take your foot off the gas? Then, maybe your work-life balance is way out of alignment. Life isn’t all about […]