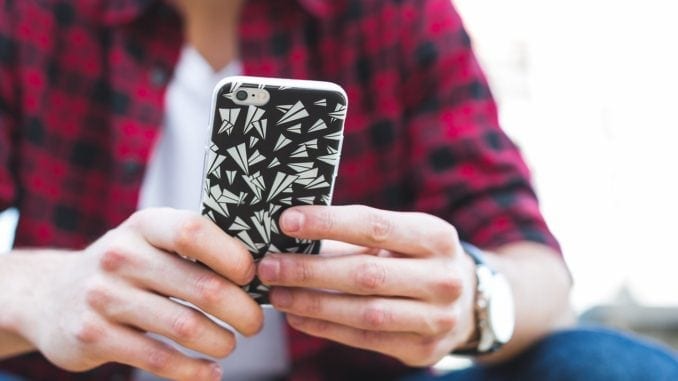 Have you ever wanted to share a difficult day with a friend on the phone but hesitated? Did apprehension win out, causing you not to call?

If the answer is yes – you wouldn’t be alone. Many people, particularly men, struggle with sharing feelings and emotions.

But a new line of research suggests technology, primarily in the form of social media, may help people who shy away from one-on-one interactions.

This somewhat new communication channel was found to help people regulate emotions during times of need.

This study has been published in online in the Journal of Consumer Psychology.

“When people feel badly, they have a need to reach out to others because this can help reduce negative emotions and restore a sense of well-being,” said Dr. Eva Buechel, a business professor at the University of South Carolina.

“But talking to someone face-to-face or on the phone might feel daunting because people may worry that they are bothering them. Sharing a status update on Facebook or tweet on Twitter allows people to reach out to a large audience in a more undirected manner.”

Microblogging, which is the sharing of short messages within a social media network, offers people an opportunity to interact without making others feel obligated to somehow respond.

That’s because interaction on social media is voluntary. To assess whether people are more likely to microblog when feeling socially apprehensive, Buechel tested two groups.

She then asked subjects who had a social media account to sign in and spend two minutes online. After the time was up, she asked participants if they had microblogged.

Interestingly, the test revealed persons who had been led to feel socially apprehensive (like being alone at a party) were more likely to microblog.

To continue assessing who was more likely to microblog, Buechel conducted another experiment. Again, two groups were used. The test group was asked to watch a clip from the movie “The Silence of the Lambs,” while the control group viewed pictures from space.

After, both groups answered questions about how likely they were to express themselves in three different forms of communication: microblogging, direct message (like an email) or face-to-face.

Finally, she had participants to answer a series of questions that measured their level of social anxiety in various situations.

Buechel discovered that participants who were higher on the social apprehension scale were more likely to microblog after experiencing something negative (such as watching a “Silence of The Lambs” clip).

People lower on the social apprehension scale, however, gravitated towards sharing face-to-face or via direct message after watching the scary clip.

“There is a lot of research showing that sharing online is less ideal than having communication in person, but these social networks could be an important communication channel for certain individuals who would otherwise stay isolated,” she said.

Buechel admits there is a danger for those who become dependent upon social media as their only form of communication. However, when used wisely, microblogging can be a meaningful way of buffering negative emotions through social interaction.

Men with PTSD – A Closer Look Are you a man with PTSD? Do you think you’ve suffered some type of trauma? Wondering what you can do about it? If the answer is yes, you […]

Getting More Sleep May Help Reduce Your Loneliness

Not getting enough sleep may make less likable  SHORT STORY A new study suggests sleep-deprived people experience greater loneliness and more social isolation. LONG STORY Do you struggle with loneliness? Have there been times where […]