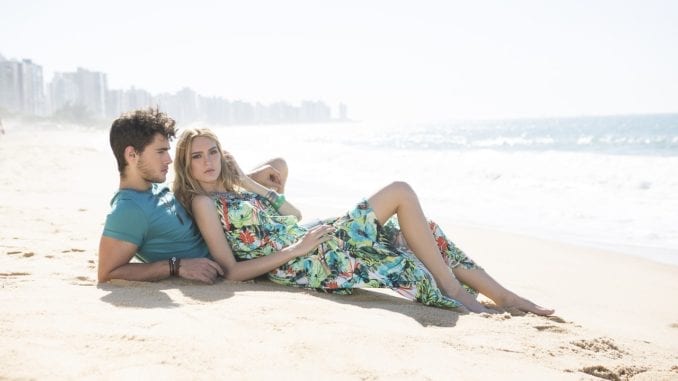 Like the title says, I still love my ex. However, accepting this truth has only been a recent phenomenon. The reality is I denied my feelings for years. Perhaps you can relate?

The revelation came to me after reading a book and then working with a therapist. It has taken time but what I’ve learned is the more you deny something – like a feeling – the more powerful it becomes.

It’s kind of like sticking your finger in a dike. Sure, it works for a while. But eventually, cracks start to form until something gives and the water comes rushing through.

As men, we’re inculcated to break up with women in ways that don’t show our emotions. You know what I mean, right? I’m talking about severing ties and making off like it’s no big deal.

To do otherwise is to break the bro-code; that ridiculous unspoken thing guys do that saves us from losing face. And yep, I’m admitting that I was a master at this.

Now that I’m walking on a path of healing, I’ve discovered that self-compassion is much easier when I don’t lie to myself about past mistakes.

Here’s the highlights of my story.

Five years ago, I broke up with a girl who I truly thought would be my wife. Instead of boring you with all of the details, I’ll simply say that I made a REALLY stupid decision in thinking there was someone better “out there”.

Looking back, I can see how terribly wrong I was. Through the lens of time, it is obvious to me this relationship was very different than my norm. Yes, it was physical but it was also deeply emotional.

No, it wasn’t perfect. No romance is. But it was powerfully magnetic while nurturing at the same time. And it wasn’t the clingy type of love (Believe me: I’ve been in enough of those types of relationships to know the difference).

Almost daily, I’ve reflected on why I ruined something so amazing and why I haven’t been in a healthy relationship since. Even as I write this now, the pain of my loss is fresh.

Not long ago, I would never have written something like this. But I’ve learned through deep acceptance that the only way forward is to own your sh**.

Here are five insights I’ve had about my problems with intimacy and finding love since the breakup.

1. My intimacy fears wrecked something special

In all the ways that matter, I dumped my girlfriend of five years because of intimacy fears. Specifically, I subconsciously wrecked the relationship because I selfishly didn’t want to be tied down.

In turn, these misplaced feelings fueled a pathetic excuse that something “better” would come along and that things would magically work out. As I’ve found out, successful relationships require that you let down your walls and let someone in.

After breaking up with my girlfriend, I put myself out on the dating scene. And because I was emotionally unhealthy, I attracted toxic people to my life.

While I didn’t realize it then, I was using sex as a tool for validation, assuming that my ability to lure women to me translated into higher self-esteem. All the while, I never got close to any of them.

The reason is simple. We cannot give what we do not possess. Translation: You can’t receive love unless you are capable of giving it.

3. I pretended my depression didn’t exist

Depression – it’s a term most of us (men) don’t like to use because many of us fear it signifies weakness. I should know because, for much of my adult life, I’ve been depressed.

Rather than deal with it, I used booze to forget my growing sadness. But that only works for so long, you know?

“When I meet someone new, I’ll feel better because she’ll make me happy,” I would say to myself. Man is that messed up. What I’ve learned is that no one can “make” me happy. I can only do this for myself. Everything else is gravy.

4. I replicated my father’s behaviors

This isn’t true for everyone but it certainly applies to me. My father struggled with intimacy issues. In fact, it’s the reason my parents ended up getting a divorce when I was 15 years old.

Because he was my primary male role model, I replicated his love style – which was anxious avoidant.

Only now am I coming to terms with his blueprint. Don’t get me wrong. It’s not his fault and this point is not being made to cast blame. Instead, I’m merely mentioning that I failed to see his unhappiness because, like me, my dad put up a false front.

5. Admitting I’m still in love with my ex is liberating

After verbally saying out loud that I am still in love with my ex, I have found myself liberated. That may sound silly but let me explain.

We were together for five years. Once I severed the chord, I acted like the loss was a non-event. With each new dating experience came failure as I tried to get back what I had sabotaged.

Not long ago, I saw my ex at a party. Immediately, all of those feelings I had denied came rushing back. It was in that moment that I realized she was the one good thing that had happened in my love life.

I also knew that I still loved her. When I say this, I’m not romanticizing the past or engaging in the game of regrets. Instead, I’m simply speaking my truth.

And that’s the liberating part. When we are honest about our mistakes and their consequences, the pain becomes less intense. In turn, this empowers healing.

In this moment, I realize I am not relationship ready. But I also recognize that one day I will be. However, in order for that to happen, I’ll need to continue being brutally honest with myself.

This means practicing self-forgiveness and not beating myself up in the process.

If you are interested in beginning your own path towards healing, I highly recommend the book, Insecure in Love by Becker-Phelps (See Amazon). A friend recommended it to me, which is what helped kick start my own path to self-discovery.

In case you are wondering, my ex is off the market. From what I gathered at the party, she’s been married for some time now. She also appears to be very happy.

Yes, I am still in love with my ex. I’m not ashamed to admit it. And the only way to move forward is to stand in my truth.

5 Success Hacks for Moving in Together

Thinking of moving in together? Consider these tips Moving in together can be intimidating, especially for guys. Sharing a living space means that you’re ready for a big uptick in the relationship. You’re probably going […]