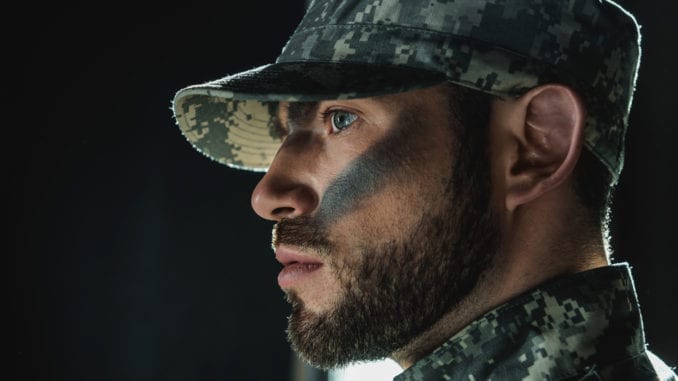 Are you a military veteran? Thinking of enrolling in an institution of higher learning to earn your degree? Do you wonder what the experience might be like, especially if you recently separated?

Well, according to a new study appearing in the Journal of Intercultural Communication Research, you may go through a period of culture shock.

Investigators with the University of Oklahoma conducted a series of interviews with 20 military veterans who had completed their service and enrolled at the university. The goal of the study was simple: to explore assimilation experiences.

The results revealed that many of the participants struggled with various degrees of culture shock, despite some being the same age as their non-veteran peers.

As a result, many found themselves in arguments with fellow learners and ultimately became isolated. Several even reported feeling ostracized.

Specific themes popped up in the study, such as the casual way non-veteran students dressed and a perceived lack of respect for authority figures.

Other examples included the open style of communication that took part on campus, including the ability to join different clubs.

One veteran-participant shared the following experience with researchers:

“I remember the moment [of shock on campus] because I walked up to a door, and it was actually at [names hall] and there was a, a communism socialist club or flier, whatever, I’m like, wait, this is allowed to be here?

Like, that just blew my mind. My initial response was who’s signing up for that? Let me report this. So, that was probably the moment, oh my God, this is different, but on the other hand that is their right.”

As a tool for dealing with these challenges and to avoid conflicts, some coped by remaining silent. In other words, they didn’t share personal thoughts and observations about topical material in class.

While this approach may have helped them to stay clear of arguments, it also may have unintentionally created distance with their peers, thereby furthering feelings of isolation.

Over time, silence can feed on itself, pushing the veteran into a dark emotional place.

According to study author William T. Howe, “Any prolonged silence about a troubling issue is not good for an individual, and the worry is that this extreme isolation could lead to a feeling that life is not worth living and a decision to permanently silence themselves with suicide.”

As a college educator who has been teaching active duty military students (and veterans) for the better part of fifteen years, I can personally attest to some of the observations made in this study.

Military learners show a high degree of respect for authority. Example: Most of my veteran-students refer to me as “Professor Moore” or “Dr. Moore” (never by my first name). They also sign their emails with the acronym, “V/R” or “Very Respectfully”.

My civilian students, however, rarely show this same level of respect. In fact, I’ve had more than a few civilian students send notes that say, “Hi, John, I need some help with a writing assignment.” If they sign their email, they might sign the bottom with something like, “Thanks!”.

The Problem With Isolation

In addition, I’ve had countless (former) military students share with me (in confidence) that they wanted to express their thoughts about a topic in class but didn’t do so because they thought it would cause conflict.

An example might be a veteran expressing his or her views about a governmental policy that is at odds with the classroom consensus.

In these cases, I’ve had to gently coach them to share anyway. Sometimes this approach worked and sometimes it didn’t. It helps a lot to set etiquette expectations for all students at the start of the course.

This means telling students that respect for one another is required and that exposure to a diversity of ideas is critical to learning. It also means modeling behaviors that demonstrate it is possible to disagree without making it personal.

While establishing these guidelines at the start of the class can be helpful, it’s by no means a guarantee that heated arguments won’t break out.

That said, this study may be helpful to counselors and educators on college campuses by generating greater awareness around assimilation for veterans.

Additional resources could be made available to these students to help them with the adjustment, including a list of clubs and resources that speak to their interests.

But most importantly, making sure counseling services are available to these students is critical. Isolation, when left unchecked, can lead to feelings of otherness and loneliness; factors that previous research shows contributes to suicide.

Are you a military veteran that has returned to college? If so, what were your experiences? How did you cope? Share your thoughts in the comments section below.

Show notes from podcast Hello and welcome to episode eighteen of The Men’s Self-Help Podcast. I’m Dr. John Moore and I’m a clinical mental health counselor out of Chicago, Illinois. I’ve been practicing in the […]