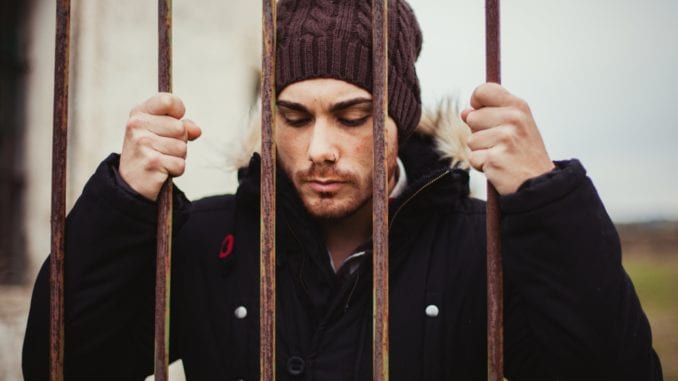 Former prisoners who have a history of mental illness or substance abuse problems are at significantly higher risk for injury once released from incarceration.

We’ve long since known that many people who serve time live with various mental health problems. As is commonly the case, some live with a dual diagnosis, such as depression and alcohol dependence.

Well, according to an Australian study published in The Lancet, people released from prisons living with these kinds of life challenges are a whopping twelve-times more likely to experience injury upon release when compared to public.

Jesse Young, a researcher from the Centre for Mental Health at the University of Melbourne was the lead investigator in a study that reviewed the hospital records for 1,307 people released from seven Queensland prisons from 1 August 2008 to 31 July 2010.

“Injury is one of the major causes of death and disability globally,” said Young. “It can often result in hospitalisation which can, in turn, be very costly to society. Currently it’s estimated to cost more than four billion dollars in direct health care every year in Australia. On average, a hospital bed costs $1840 a day.”

According to the research, 1 in 5 of the inmates released from prison had a recent history of both mental illness and substance use disorder. That’s nearly 10 times higher than the estimated rate among the general Australian population.

Although risky drug use was a health concern for many people released from prison, Young revealed injury from causes other than drugs accounted for nine out of 10 injury events over the study period.

“To our knowledge there are few interventions that target injury from causes other than substance use for people transitioning from prison to the community,” said Young.

“Our findings show that some of the most vulnerable people released from prison experience an extremely high burden of injury in the community. For the first time we have shown specific groups and time periods where the risk of injury is greatest after release from prison.”

Young wants his study shine a light on this problem so that more money can be directed towards this highly vulnerable population.

“Continuous care between prison and community mental health and addiction services is urgently needed. This would not only benefit those vulnerable individuals but would reduce public healthcare costs. Spending in this area should be a public health priority,” he said.

The plight of ex-prisoners – particularly with mental health problems and substance abuse challenges – certainly gives us all something to think about.

Up For a Whiskey Cocktail with a Frostbitten Human Toe as Garnish?

There really is a drink that includes a frozen toe QUICK STORY There’s just no way to make a quick version of this. LONG STORY Honestly, just when you thought you have heard everything, along […]

What it’s like being a man raped in prison In 2008, I was sent to prison on drug-related charges linked to the manufacturing and distribution of a controlled substance. I had just turned twenty-five and […]

7 Ways To Dial Down Perfectionism (E29)

How To Dial Down Perfectionism Hello and welcome to episode 29 of the Men’s Self-Help Podcast. I’m your host, Dr. John Moore. I’m a licensed Mental Health Counselor in Chicago, Illinois and I’ve been involved […]