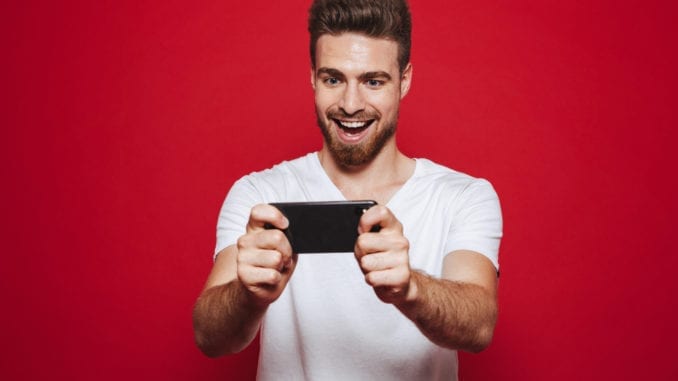 Heads-up, gamers. This one’s for you.

I’ve been a hardcore gamer for as long as I can remember, and if you’re anything like me, you spend a lot of your free time engrossed in the latest release from your favorite gaming company.

Even when I’m not actually on the sticks I’m watching online reviews, game walkthroughs and chatting up noobs who desperately want to find a way to beat Hyrule Castle in The Legend of Zelda: Breath of the Wild.

Apparently, I’m not alone. There are more than 2 billion gamers worldwide and the gaming industry is set to top $138 billion in revenue this year.

It’s easy to lose track of time when gaming, and before you know it you’ve wasted a whole bag of Doritos, two cans of Redbull and you have a slew of missed calls from your significant other – I’m talking about your girlfriend not your battle buddy from Modern Warfare.

If you have a preoccupation with gaming that’s causing you distress and/or damaging your personal relationships, then you might be suffering from what the American Psychiatric Association now calls “Internet Gaming Disorder”.

That’s the fancy term for an addiction to video games. Other symptoms of a gaming addiction can include using video games to relieve negative moods, experiencing withdrawal when games are taken away, and deceiving loved ones about how much time and money you spend on games.

This particular disorder is relatively new because well, gaming is a relatively new pastime. However, Dr Vasileios Stavropoulos, Coordinator of the Gaming Research Group found that studies show young men aged 16 to 18 were at the highest risk levels for developing IGD.

From personal experience, I can tell you that I’ve struggled with gaming addiction and I’ve witnessed some serious problems popup in my romantic relationships because of it.

So, here a few ways that a gaming addiction could be hurting your romance.

Games aren’t necessarily expensive, even though consoles can cost around $250 to $400. That’s just an initial investment. Once you sink in your console cost, you can get a bit creative on sourcing the best games around.

I just bought a used copy of Fallout 4 at a local game shop for about $8 bucks. You can even sell or trade in your old games to shave a few dollars here and there.

The problem arises when you compulsively buy new games and consoles just because it makes you feel good. You can easily spend hundreds of dollars a month that way on games and downloadable content.

Related: Do you have a money addiction?

I don’t know if you’ve noticed it but dating costs money – money that you no longer have because you bought the latest Spiderman game at top dollar on the day it was released. My gaming addiction got so bad last year that I started borrowing money from my girlfriend to buy racing boxes for my online car club. It’s hard to reconcile buying your girlfriend discounted gifts the day after Valentine’s Day but dropping $45.00 on a brand-new game for yourself.

2. Sneaking Away for Game Play

At first, my GF didn’t mind my love for gaming. She thought it was just something I did with my guy friends or a way to kill time while she scrolled through her Instagram feed. At first, it was just that.

Then, I bought an especially addictive role play game that started to creep into my thoughts even when I was away from the game. I kept thinking of ways to wring out just a few more minutes here and there to upgrade my character. I would even sometimes wait until she fell asleep and sneak out of bed to spend the rest of the wee hours slashing and bashing ogres.

If you’re taking time away from your partner for extra gaming time, then that is a problem. Not only are you reducing the amount of time you could be bonding with your partner, you’re also sending the signal that their time is less precious.

Imagine how your partner feels when they roll over in the middle of the night and you’re not there.

It’s certainly okay if you went to grab a midnight snack, but if she finds you glued to the screen without her, then you’ve devalued her time considerably. You might want to try buying a game that she’d like to play.

It could be just a 2D platform for smashing colored gems, but if she likes it, then you could spend more time together.

If you want to kill your relationship quicker than a Resident Evil zombie, then by all means, start canceling some dates for your gaming addiction. The thing that makes canceling for gaming so bad is the fact that it involves deception.

If you’re like me (and I hope you’re not) then you’re going to create an imaginative lie about why you can’t make it to the movies on date night. Again, by canceling the date and lying about it, you’ve devalued your partner’s time and jeopardized her trust.

When she finds out that you’ve canceled so that you can join the online battle royale, then you’ve also reduced her emotional value to your life. Don’t let gaming become more important than spending quality time with your significant other.

What about if you’re single? Can a gaming addiction hurt your potential chances for romances? The answer is yes. Someone that you’re already involved with might forgive you for those previous offences and even help you seek guidance but starting a new relationship while you’re suffering from a gaming addiction is an uphill battle to say the least.

It’s true; online gaming has brought people together in new and innovative ways. Yet, the chances of you sparking up a new romantic relationship through online gaming is slim to none. That doesn’t mean there aren’t any cool gamer girls out there. It’s just the nature of our interactions online. People are less likely to take their online relationships off the screen and into the real world. Dr. Stavropoulos calls it a paradox. “It’s what we call internet paradox because this medium, which has been designed to advance communication between individuals, ends up making them more isolated in real life,” he says.

When I was single, gaming was the ideal pastime. It helped me to burn countless hours without focusing so much on my real-world loneliness. I could sit on my couch all night long with a brand-new game and feel emotionally complete. The right game can do that for you, but that presents the danger of social withdrawal.

I didn’t meet my girlfriend through online gaming. I had to get cleaned up and leave the house to do that. When I finally did, I found that my social skills needed some serious rust removal.

There are plenty of mental and emotional benefits to gaming when you’re single, but there are also some negative side effects. I let my personal appearance go to shit.

I was showering less regularly, working out infrequently and talking to girls…well, never. My gaming addiction was absolutely crippling my chances of getting into an intimate relationship. Instead of changing my behavior, I doubled down on video games as a coping mechanism.

What’s worse was that I started creating scapegoat theories that took the spotlight off my internet gaming disorder.

I’m just too cerebral for a girlfriend.

I didn’t want to go to that party anyway.

I’m just waiting to meet a girl that loves video games as much as I do.

That type of thinking was ruining my social life. My gaming addiction turned me into an Incel (Involuntarily Celibate) and I couldn’t hold a conversation with an attractive girl even if I wanted to.

Eventually, I put away my Playstation for a while and started exercising more. That one decision led me down the path to greater social interactions and an eventual meeting with the woman I love.

An addiction to gaming can be a passion pit for those seeking romance. Research is still in the early stages when it comes to gaming addiction, but South Korea and China already have special rehabilitation centers specifically dedicated to IGD.

Mental health experts are even debating whether gaming addiction isn’t just the top layer of deeper psychological issues such as depression and social anxiety.

It will lead to a better social life and help build your confidence for that big day when you go on a first date with your crush.

I’ve exposed some serious personal demons in this story about my own battle with gaming addiction. I still play video games, but I never forget about how my behavior affects others around me.

Do you think you might have an addiction to video games? Then talk to a mental health expert about the best ways you can restore balance to your li