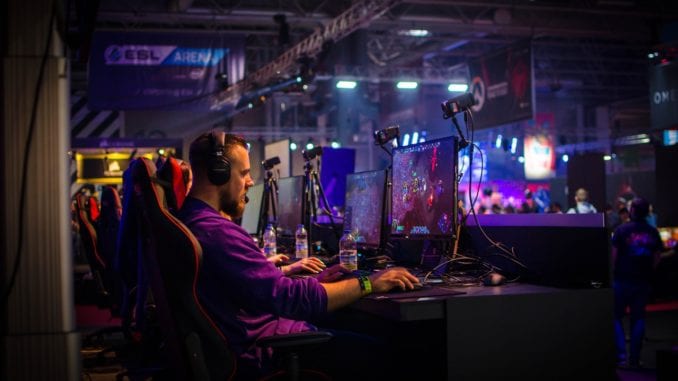 Tech and gender – a closer look

The technology industry is the most transformative commerce sector in the world, giving us new platforms to connect and engage with each other in revolutionary ways. Facebook, Google, Microsoft and Apple are just a few of the giants in this industry that have literally taken over the world.

Yet, it’s still so surprising that businesses which push our society forward are still lagging when it comes to sexism and gender equality. According to Statista research, women hold just over 25 percent of tech-related jobs in the workforce.

There is a gender gap in the tech field, but is this a deliberate action or the result of the differences in the way men and women think?

Google software engineer James Damore was fired in 2017 for penning an internal memo suggesting that men are more biologically suited for jobs in the technology sector. In the memo, Damore asserted that men have a higher drive for status, higher tolerances for stress and a propensity to choose roles that require so-called left brain functions.

Although Damore cited several scientific sources, his interpretation of that data was comprehensively flawed.

To assume that there is an inherited or learned bias for men that pushes them into scientific and technological roles is simply untrue. It also assumes that cognitive differences in the way men and women think can somehow be correlated to their job performance.

Related: Can a glass of wine be healthy for you?

Google has been under fire recently for perpetuating a boy’s club culture and protecting men who might be guilty of sexual harassment, but new measures have been put in place to increase gender equality.

For example, earlier this month, Google’s CEO Sundar Pichai revealed that the company has fired 48 employees in the last two years for sexual harassment. Yet, that’s hardly information worth spiking a football over.

Pichai just admits that there is a serious problem within his organization. Google has also completely changed its policy on sexual harassment, making private arbitration optional instead of compulsory.

Admittedly, it’s difficult to point the finger at any particular individual or company to say that gender bias is deliberate in the tech field, but there are some unsavory learned behaviors that surround this industry’s professionals. There are also unique differences in the way boys and girls are educated.

Male and female brains are not the same, but cognitively we only differ in the way that we use our brains. For example, men tend to compartmentalize information and handle tasks piece by piece. Whereas women think conceptually and are more likely to use both hemispheres of the brain to approach a problem in a holistic manner.

A scientific study conducted by Nepalese medical researchers in 2014 found that there was little to no evidence to support any substantial differences in the cognitive abilities of males and females. Both sexes performed cognitive abilities in different ways but were capable of reaching similar results in tests.

Ashley Fry is a VP for IQMS, an award-winning software company in California. She has been working for 9 years in the technology sector and she doesn’t believe that the gender gap is deliberate or the result of biology. “I believe the gap is mostly due to the types of expectations we have and the socialization around boys and girls essentially from the day they are born.

Girls are encouraged to take on roles that are traditionally seen as ‘women’s’ roles; typically, things having to do with care giving, being gentle or patient, or having to do with children, the elderly, etc.” Dr. Nicki Washington, an associate professor in the Department of Computer Science at Winthrop University, seems to echo that sentiment.

She says “girls are often not properly exposed to computer science at an early age. For underrepresented girls and women, they often are not exposed to ethnically-relevant role models in the field. Research shows how this can impact a student’s decision to pursue the field.”

So, there is a gender bias for tech related jobs, but what role do men play in closing the gender gap? How can we help to promote a culture of inclusiveness?

Dr. Nicki Washington suggests that “not looking the other way, but instead holding people’s feet to the fire when these incidents occur will help to make everyone aware that they are valued contributor in this field.

Women/girls are not looking to be poster children for a department, organization, or school, but simply a valued member of the team.” Dr. Washington is an accomplished author and penned a book titled Unapologetically Dope: Lessons for Black Women and Girls on Surviving and Thriving in the Tech Field. More information is available about her work on www.nickiwashington.com.

Guys, this isn’t just a womens’ issue or an appendage to the #metoo movement. If you work in the tech industry or you study computer science, then you should feel that your behavior is relevant to the discussion. Whether deliberate or not, men are helping to create an environment where women feel unwelcome and mistreated.

Firstly, men must begin to see and communicate with women as equals when it comes to technology. Assumptions need to be laid to rest about a woman’s role in society and the value of a woman’s professional opinion.

This means that you need to listen and acknowledge that there’s a problem and then accept that you have a responsibility to change it.

Also, if you witness incidents in the workplace of marginalization or sexual harassment, then by all means, speak up and take a stand. You can do so publicly or privately, but men need to become better partners with women in the struggle for gender equality in the tech industry.

Simplifying Your Digital Life Are you struggling to remember things like your email passwords and your PIN number? Do you have trouble tuning out the endless stream of notifications on your smartphone? Are you finding […]