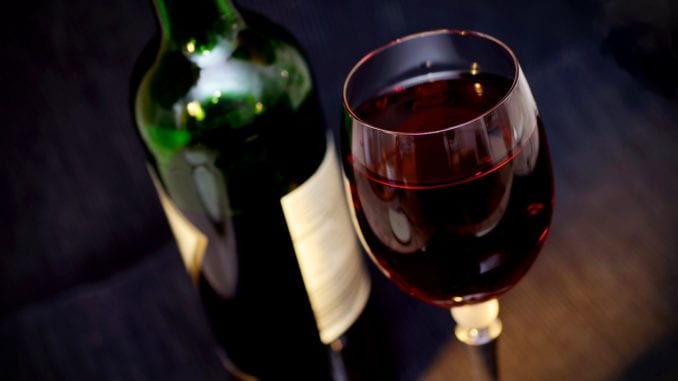 Do you consider yourself a moderate drinker? By moderate, I’m talking about having no more than a glass of wine per day. If that describes you, there may be some good news.

According to a new study published in the journal Addiction, people who consumed small amounts of daily alcohol, such as what we see in the general framework of the Mediterranean diet, have a lower chance of being hospitalized when compared to heavy drinkers and to those who don’t drink at all.

Yes – you read that last part right. According to the study, folks who drink moderately have a lower risk of being hospitalized than those who never drink.

Does this sound too good to be true? I certainly thought so. But after taking a close look at the data [with caveats], it doesn’t seem that farfetched.

For this investigation, Italian and U.S. researchers assessed the incidents of hospitalization of participants over a six-year period as part of an epidemiological study.

The average age of each participant was 35 years old. Forty- eight percent of the entire sample identified as male.

So, what did investigators observe?

Well, one part of their findings weren’t all that surprising; folks who were considered heavy drinkers (four drinks or more per day) were at greater risk of hospitalized, particularly for cancer and other alcohol-related diseases, when compared to the moderate drinkers.

But the interesting part relates to individuals who drank the equivalent of a glass of wine a day. Per the study, they less likely to be hospitalized for all causes when compared to those no never drink or identified as former drinkers.

FYI – some people refer to folks who make the choice to never drink as teetotalers.

Researchers are careful to point out that their findings do not suggest non-drinkers should start consuming wine.

Ken Mukamal, an Associate Professor of Medicine at Harvard Medical School and study author, said the following in a press release.

“We are absolutely not saying that any teetotaler should start drinking to improve his/her health. However, this research reaffirms that the effects of alcohol consumption cannot be reduced to a single catchphrase or punchline.

This very comprehensive study clearly shows that we need to consider its health effects based upon both dose and disease”.

As in most studies that involve alcohol, there usually exists contradictory research. An example can be found in a study we reported on in October where light alcohol use was found to decrease lifespan.

To be sure, this investigation has limitations. For example, the people in this investigation who were identified as heavy drinkers and were hospitalized also tended to be smokers. That’s an important consideration when one considers the known health risks associated with cigarettes.

Still, in the general sense, the study appearing in Addictions does help to inform the long-standing wellness mantra of everything in moderation.

So, what are your thoughts? Do you drink one glass of wine per day? If so, have you realized any health benefits?

Can Drinking Too Much Alcohol Cause Body Odor Problems?

Have coworkers hinted your you have bad body odor? Have you ever had a coworker say that you smell? Do your officemates complain about your body odor? Sounds horrifying, right? Well let me tell you […]