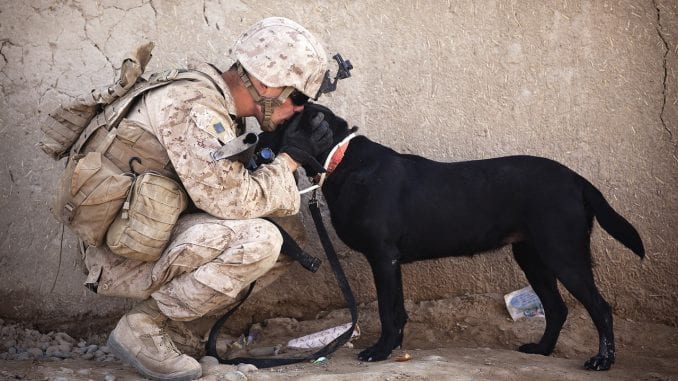 VACCINE CONFIDENCE LOW IN THE MILITARY

It’s not surprising that people have concerns about the efficacy and safety of COVID-19 vaccines. Yet, it might come as a bit of a shock that so many U.S. servicemen are outright refusing to get their jab.

The COVID-19 vaccine isn’t mandatory for U.S. servicemen. They can refuse to receive a vaccine and still get deployed and partake in active duty. The military hasn’t made the vaccine mandatory because of the limitations of emergency use protocols from the FDA.

The current vaccines are approved for emergency use only and have not been fully approved by the Food and Drug Administration. So, they can’t be made mandatory like the anthrax inoculations that soldiers received before deploying to the Middle East. That’s one of the main reasons why so many have declined to take the vaccine. Simply, they’ve been given a choice.

Another reason that members of the military are refusing to get vaccinated is the speed at which the vaccine was developed and negative propaganda about vaccine side effects. Much of the hesitancy displayed in the military mirrors the distrust within the general population. Some people feel that the vaccine rollout was rushed and hasn’t been properly tested.

Others buy into conspiracy theories about implanted microchips and government control of the population. The internet is rife with claims about nefarious and far-reaching motives behind a mandatory COVID-19 vaccination.

Military servicemen have a predilection for falling in line. So, if a soldier, sailor, or guardsman has comrades who are refusing the vaccine, it’s more likely that they’ll refuse it, too. It’s a case of military mindset backfiring on the top brass.

Secretary of Defense Lloyd J. Austin is urging for better education about the vaccines that are currently available.

In a Us. Department of Defense statement, Sec.Def. Austin said, “It’s really important that people have the facts, and we found that armed with the facts, they’ll make the right decisions typically. I’ve taken the vaccine. I consider it to be safe. We’ve not seen very many side effects that are harmful.

Austin went on to say, “The greatest incentive to getting vaccinated is that it saves your life, and it saves the life of the folks that mean a lot to you. That, in and of itself, is very, very important.”

Military servicemen are not immune from COIVD-19. According to Military.com statistics, there were 285,492 confirmed cases as of late April of 2021. The Army has been the hardest hit branch of the military with the Marines coming in fifth.

More than 70,000 Marines have been vaccinated but more than 100,000 haven’t been offered the vaccine yet. That leaves a significant number of servicemen unprotected against infection. This could put entire facilities in jeopardy and possibly compromise national security.

Anthony Fauci, M.D. Director of the National Institute of Allergy and Infectious Diseases (NIAID), U.S. National Institutes of Health spoke with military families during a virtual town hall meeting in March. His response to servicemen refusing the COVID-19 vaccine was blunt and direct.

“You’ve got to think of your own health, which is really very important, but you got to think about your societal obligation,” said Dr. Fauci. He acknowledged that the military is part of the solution to this outbreak but the refusal to take the vaccine amounted to invertedly being part of the problem.”

The Centers for Disease Control (CDC) insist that the COVID-19 vaccines are safe. As of April 26th, there have been 230 million doses administered. Clinical trials were already conducted on these vaccines before they went public, and testing involved thousands of participants.

The men and women that serve in the Armed Forces are undeniably brave. Just joining the military is an act of bravery. However, members of the Armed Services aren’t all healthcare experts and most of them don’t have privileged knowledge about the safety of COVID-19 vaccines.

Many of the servicemen who have refused the vaccine are merely exercising the privilege to refuse. Others have given ear to conspiracy theories that pervade social media, just like many other Americans. As Dr. Fauci and the Secretary of Defense have said in previous statements, education is key.

If more servicemen have access to the facts about COVID-19 vaccines, it’s likely that more of them will voluntarily comply. It’s also likely that COVID-19 vaccines will become mandatory once the FDA officially approves of the inoculation. So, opting out of the vaccine is a temporary act of defiance. In the near future, lining up for a COVID-19 vaccine will likely be a permanent act of compliance.

Trending News: New study sheds light on difficulties facing some veterans returning to college Are you a military veteran? Thinking of enrolling in an institution of higher learning to earn your degree? Do you wonder […]

New research demonstrates the power of love We’ve known for some time now that the suicide rate among military members is much higher when compared to the civilian population. For many, the holiday season only […]