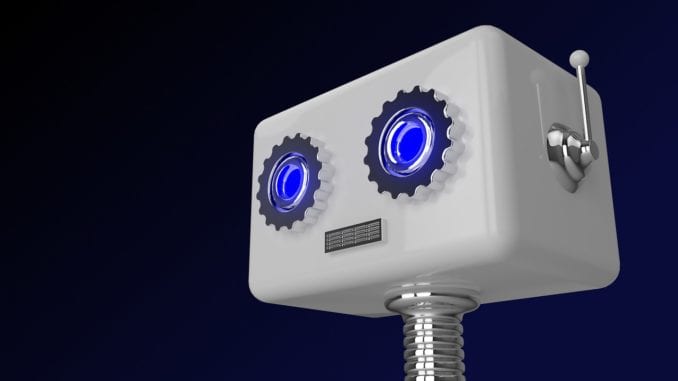 Soon, your therapist may be a robot

You may be able to get a form of counseling from a robot in the future.

When someone mentions the term “counseling” you probably conjure up mental imagery of a person sitting back in a chair, compassionately listening to your problems.

But what if I told you that one day, the person sitting across from you wouldn’t be a person at all? Instead, what if it were a robot?

Does that sound like something out of science fiction? Well, it’s not. According to a paper published in the peer reviewed Journal of Medical Internet Research, robotic counseling is very real.

As revealed in the research, the study showed that for the first time, a social robot can deliver a “helpful” and “enjoyable” motivational interviewing (MI).

This is a type of counseling approach that is used to encourage meaningful behavioral change. An example might be smoking cessation or weight loss.

The study was led by the School of Psychology at University of Plymouth in the United Kingdom. According to the paper, the study showed that the robot was able to reach its fundamental goal of getting people to talk out loud about their desire to become more physically active.

More: Will men be replaced by robots?

This may not seem like a big deal but in the world of counseling, helping clients to articulate what they want and need is a key part of the behavioral change process.

It’s also a fundamental aspect of MI. By getting the person to verbalize goals, a plan can then be created to spark change.

According to lead academic professor Jacke Andrade, robots are viewed as nonjudgmental and may have certain advantages over human avatars when it comes to offering virtual behavioral change support.

In a press release, Andrade said:

“We were pleasantly surprised by how easily the participants adapted to the unusual experience of discussing their lifestyle with a robot. As we have shown for the first time that a motivational interview delivered by a social robot can elicit out-loud discussion from participants.”

“Participants found it especially useful to hear themselves talking about their behaviour aloud, and liked the fact that the robot didn’t interrupt, which suggests that this new intervention has a potential advantage over other technology-delivered adaptations of MI.”

The next phase of testing will involve asking people who took part in the study if the robotic counseling motivated them to become more physically active.

So, what do you think? Would you get counseling from a robot?

Is The Acer Aspire 3 Laptop Worth the Money?

Review of the Acer Aspire 3 The Acer Aspire 3 laptop is rugged, slim and value priced at just $380 USD. It’s not super-fast or heavy on RAM, but it does have some features that […]