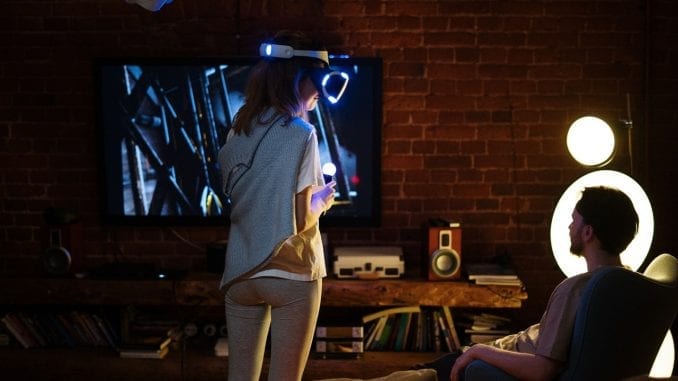 Before the coronavirus pandemic, live e-sports competitions were on a meteoric rise. Then, there was a dramatic shift to watching games online. In 2020, people flocked to online portals like YouTube and Twitch to watch other people play their favorite video games.

2020 was YouTube’s biggest year on record for gaming. According to YouTube data, people clocked over 100 billion hours of viewership just watching other people play games. There are now more than 40 million gaming channels on YouTube.

The gaming industry experienced a boost from the pandemic. That’s for sure. With more people stuck at home during lockdowns and quarantines, more people bought new games to pass the time. Yet, nobody expected the huge surge in binge-watching gaming content.

Watching Others Play Creates a Sense of Community

There are many different reasons, but one that particularly sticks out is the need for connection and community during a time when both are especially challenging to find in the real world. It’s difficult to even visit a friend and play games in their living room when entire cities are under strict mandates to avoid household mixing.

Therefore, playing online games and watching others play provides that sense of connection. You can leave comments on their videos and actually bump into them while playing your favorite games on an online server. You might even meet someone new that shares your love for Star Wars memes.

Watching Others Play Creates A Feeling of Empathy

Watching others play video games creates a really neat psychological effect that centers around our ability to mimic what we see. It’s a phenomenon called mirror neurons. For example, if you watch someone make a funny face, your brain creates new neural pathways to help you learn how to make that same funny face.

A research project from Northern Arizona University in 2018 found that this same mirror neuron effect created empathy and compassion, as well. Researchers used non-invasive brain imaging to witness mirror neuron activity. They found a connection between what we see when others play games and how that makes us feel.

As a gaming spectator, you can experience the same highs and lows, the breathtaking moments and thrills of a game without actually playing it yourself. It’s just like what happens when your favorite team scores a goal. The whole stadium goes wild!

Related: Virtual Reality Could Be the Future of Psychotherapy

If you’ve never watched a YouTube gaming channel, then you’re missing out on some truly entertaining content. These gamers don’t just play the game; they use mods to create entire plotlines and unique encounters.

Minecraft is the most popular video game for online viewing and users often create characters from pop culture and put them in exciting circumstances. What’s behind that door? Is it a pit of lava? Is it a giant Sonic the Hedgehog? No, it’s…thousands of rabid baby chickens. You’d better get your popcorn.

Watching Others Play Teaches You How to Play

If you’re shopping for new video games, then watching others play is a terrific way to determine if you’ll enjoy playing it, as well. Gamers with online channels run through game mechanics and give tips and tricks.

Some might say that watching someone else play takes away certain challenges of learning the game yourself, but today’s video games are so complex that there’s bound to be plenty of difficult scenarios for you to tackle on your own, even with help from professional gamers.

Or is it All Video Game Addiction?

There is a slippery slope when it comes to video games. A small percentage of gamers can become addicted and their obsession with gaming can have harmful effects on their life and their relationships.

Some gamers spend their entire day either playing games, uploading their gaming content to an online platform, or interacting with other gamers. In 2020, Valve reported that users spent 21.3 billion hours on their Steam online gaming platform. That’s a 50% increase over the previous year.

Some people might even consider watching others play video games as a break from actually playing games themselves, but in reality, they are still heavily immersed in the gaming world. Video game addiction is real, but it’s not as prevalent as some might think.

Researchers from Brigham Young conducted a 6-year study on pathological video game play. Their findings were published in the summer of 2020. Researchers found that only 10% of gamers in their study group displayed higher levels of depression, aggression, shyness, problematic cell phone use and anxiety by emerging adulthood.

Related: 5 Signs Your Gaming Addiction is Hurting Your Relationship

People were packing into arenas by the thousands to watch professional gamers play before the pandemic. We’re talking crowds of 40,000 people, all excitedly watching live video game competitions. According to Brabners market statistics, it was estimated that in 2019 the total esports audience would grow to 453.8 million with a billion dollars of revenue generated.

That’s a revenue potential to rival classic sports like football and basketball. In fact, some celebrities are already taking a vested interest in the popularity of esports. Drake, Jennifer Lopez, and Steph Curry are all esport investors. Michael Jordan and Magic Johnson are co-owners of the League of Legends group Team Liquid. The Golden State Warriors basketball team has their own esports team called The Golden Guardians.

The pandemic has taken a bite out of esports. Since most live events were postponed or canceled, there just isn’t as much cash to go around. Merchandise, ticket sales, and team revenue are all down.

The pandemic has forced esports out of its honeymoon phase and into the hard work of refilling their investors pockets. Esport teams and venues do this by diversifying. Everyone has had to do it as a result of COVID-19. That means more online engagement with social media and streaming platforms like YouTube and Twitch.

Some esport teams are using YouTube to introduce their celebrity players while others are taking things a step further by pursuing deals with Amazon and Netflix for movies and docuseries. That doesn’t mean esport tournaments are dropping out.

The 2021 season for the League of Legends Championship Series (LCS) is kicking off this week. LCS is the world’s most popular esport, and this season promises to be one of the most competitive to date.

You can tune in and watch LCS from the comfort of your gaming chair on YouTube or Twitch.

It seems as if people who like playing video games are also hardwired to enjoy watching others play, as well. Especially during the 2020 lockdowns, gamers found new ways to connect with one another. Also, existing platforms were utilized with greater intensity.

YouTube became the preferred portal for video games by hosting tournaments, encouraging new gamers to create channels and enabling popular gamers to profit from their passion. Escapism and entertainment are big factors for why people watch others play games. However, it’s all about the shared experience. Finding that experience in new ways will shape the world of gaming going forward.

Mental Wellness is part of good health Most men think of physical fitness when health is mentioned; they don’t consider their emotional state. Mental well-being, however, is just as vital to health as a fit […]

Exercises to improve mental health It has been proven that exercise promotes mental health, boosts the immune system, and controls obesity. When you integrate exercise as part of your daily routine, you are likely to […]

10 Things People with OCD Need To Do Every Day

Practical tips for people living with OCD You have OCD and have been living with it for your entire life. Believe me when I tell you that I completely understand. That’s because I have had […]