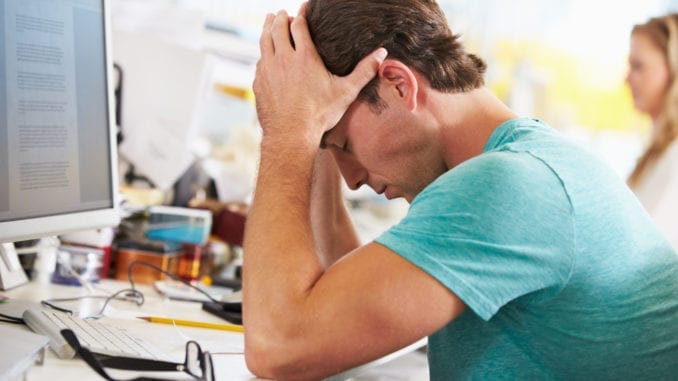 Time off for mental health

A group of high school students took proactive steps to curb suicide and mental health related incidents in Oregon. They lobbied their government officials to make mental health absences excusable in their schools.

This new bill that was signed into law by Governor Kate Brown is groundbreaking for two reasons: it was created by students and it’s one of the first of its kind. This law will help remove the stigma around mental health and help people gain help when they need it most.

Just how effective could a mental health absence be for young students? We asked Dr. Erika Martinez of Envision Wellness to get a clearer perspective. “Sometimes people just need time to decompress from the pressure, and a day off can certainly ease the pressure they’ve been feeling. They can rest, recover, and regroup during that day. One day off can make a big difference.”

Oregon is on the front lines of the nation’s mental health issues. The state has one of the highest suicide rates in the country. In 2017, suicide was the second leading cause of death for young people aged 15 to 24. In total, 825 people took their own life according to the Oregon Health Authority.

Adi Staub committed suicide after fellow students bullied her for being transgender. A bill named after her was brought into law that mandated schools in Oregon to ramp up suicide prevention programs.

Perceptions about the importance of mental health have led lawmakers and educators to treat mental health on equal footing as other physical ailments that might prevent students from attending class.

Students can miss five days of school in a three-month period under this law. They’ll be able to make up work that was undone from those days, but administrators will also have a way of keeping up with who might need extra attention.

Instead of hiding their pain, students can feel empowered to speak up about mental health problems such as anxiety or depression. They can seek help or just take some time to regroup. Perhaps, the new bill could even prevent suicide or school shootings in the future.

Related: Are young men at risk for eating disorders?

National suicide rates for young people are on the rise. So, hopefully, this will be the next in a long line of new bills nationwide that give students more leeway in dealing with mental health issues.

What about the workplace? Should employers follow Oregon’s lead by excusing mental health absences for their employees? In 2018, the mental health charity MIND surveyed 44,000 employees in the UK and found that 48% reported having a mental health problem in their current job.

Workers can feel increased anxiety, depression and even develop personality disorders related to the pressures and rigors of their job.

Dr. Martinez has an interesting take on mental health days off in the workplace. “I feel like companies already offer this by way of vacation and/or sick days. It’s more a matter of people’s perception of how those days are used.”

She goes on to say, “In many cases, people hear ‘sick’ and only think of physical illness. In reality, if you’re tired, not sleeping, have brain fog, or are so stressed by work, taking a sick day makes perfect sense.  The same is true of vacation.  Take a vacation day if you need time off from work to relax. I’ve seen more people willing to take mental health leave days as companies have combined vacation and sick days into PTO (paid time off).”

If you or someone you know is in crisis, call the National Suicide Prevention Lifeline at 800-273-8255

Trending News: Tapping your way to happiness A recent study appearing in the Journal of Evidence Based Integrative Medicine shows that tapping therapy, officially known as the Emotional Freedom Techniques (EFT), may significantly increase feelings […]

What’s The Link Between Your Body Clock and Mood?

SHORT STORY According to a new study, if your internal body clock is regularly disrupted, it can seriously mess with your mood. LONG STORY We often hear the term “body clock” but what does it […]