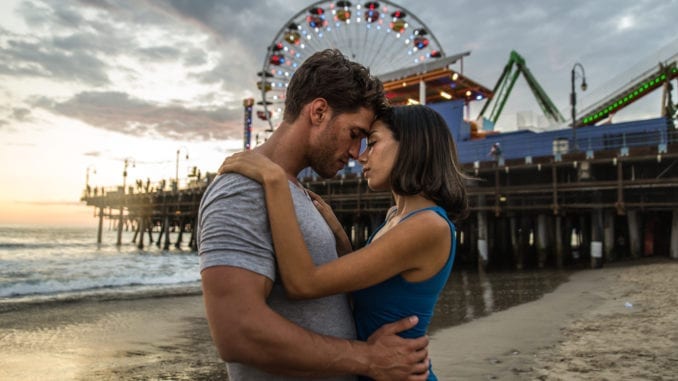 You’ve been having an extramarital affair a coworker

I never thought I would admit this but here it goes. I’ve been having an extramarital affair with a coworker for the past two months. My wife and I have only been married for three years and I really do love her.

My coworker and I realize what we’re doing is wrong, yet we continue to sleep together. To complicate matters, she’s recently married too. For what it is worth, our attraction seems to be more physical than anything else – not that it matters.

I’m desperate for help because if my wife finds out, my marriage is over. I don’t want to lose her. How do I stop the affair?

It sounds like you have gotten yourself into quite a pickle. I can imagine this is a deeply confusing time, filled with mixed emotions.

On the one hand, you are feeling the crushing guilt of shame in knowing that you are stepping out on your wife, all the while professing your fidelity and recognizing it is a complete lie.

On the other hand, there’s a part of you who is caught up in this other woman, feeling a rush of energy whenever the two of you are alone – in the biblical way.

The hard truth is office affairs happen more than some might think. Typically, they involve people who are already married. That’s no accident by the way. There is a reason the term workplace spouse is part of the American lexicon.

The reality is that many people spend more hours at work – with a coworker – than they do at home with a mate.

But back to your question – what to do about the extramarital affair?

I’m going to be direct with you and share some advice you probably don’t want to hear. But you didn’t come to Ask Jack for feel-good nonsense, right? Instead, you wrote to the blog for answers.

First and foremost, you need to end the affair now.

Yes, you read that right. You need to immediately make it clear that sleeping together is no longer an option and it without delay.

Skip the whole email and text thing. It’s weak and doesn’t communicate the firmness of your decision. Instead, ask to speak to her in a public place, like a public park or coffee shop, and be ready to deliver your message.

Whatever location you choose to break the news, make sure it is outside of the workplace and away from the prying ears of fellow officemates.

When you have this conversation, it is important not to place the blame on her for all that has happened. The hard truth is you own just as much responsibility as she does for what’s been going on.

There is a chance she may become upset, even angry. This is particularly true if she holds feelings for you, although given what you described, it sounds like the attraction (for both of you) is carnal.

If the two of you don’t work together in the same department and share little interaction, consider yourself lucky. This will help you both avoid temptation and the weird awkwardness that comes with cheating.

However, if the two of you regularly interact, as a function of your jobs, it will be a lot more complicated.

At the end of the day, it’s going to come down to answering this question: Can we really work together?

CC, let me tell you a story. Several years ago, I found myself in a situation where I was seriously dating someone (under the banner of exclusivity) while also hooking up with a coworker.

In my case, the woman I was having the affair with came to me and said, in unequivocal terms, that the physical part of our relationship was over.

In other words, no more lunchtime quickies and no more weekend work projects. “The last time we slept together was our last,” I remember her saying.

Except that it wasn’t.

Because our physical attraction to one another was so powerful, we ended up getting it on several more times. Ultimately, she took a job in another state, which put an immediate end to things.

I could sit here and tell you that I should have exercised more control and that I needed to be stronger. But the reality is I didn’t. And for that matter, neither did she. For reasons I can’t explain, we just had this ridiculously magnetic attraction to one another.

If you find yourself in this situation, you may need to give serious thought to transferring to another department or finding new work. Yes, that may sound extreme and perhaps it is. But assuming you truly want this extramarital affair to end, it may be the only viable solution.

In the final analysis, cheating is always a choice, usually predicated by smaller choices. For example, you were the one who chose to flirt back with your coworker, all the while knowing where it could lead. And you were the one who touched her shoulder, recognizing that when she touched you back, things would escalate.

During that first hookup, the both of you thought it would be a onetime thing. But then it happened again – and again once more. Now it’s become so frequent that she (and you) can intuit when the next encounter will occur.

Obviously, there are a ton of questions that need to be answered after this affair ends. Examples include why did it happen? And Will I cheat again? In addition to the above, you are probably wondering if you should confess to the affair to your wife?

I can’t give you those answers because the questions themselves are extremely complicated. To try and offer something from cookie-cutterville would be a disservice to you and others reading this reply.

That said, I highly encourage you to reflect on these questions with care. At some point, down the road, when the affair is behind you, it may help to talk to a professional as a way of figuring out what’s going on – deep inside.

There’s an old saying that a leopard never changes his spots. In other words, once a cheater, always a cheater. On some level, maybe this is true. But then again, we know that over 50% of all men have cheated – in some form or another – on their wives.

So, it’s like this. If you want to stop, you will. You aren’t helpless. But if you choose to continue this extramarital affair, be prepared to [eventually] get caught. Maybe not today. Perhaps not tomorrow. But at some point, it’s going to come out. And let me tell you bro when it happens, it’s going to be ugly.

CS, I’m not here to beat you up or to make you feel bad about yourself. The truth is I’ve got no room to talk and neither do a lot of men reading this post (if they are being honest with themselves).

No doubt, we could have an entire conversation about monogamy and all of the difficulties that go with it.

But you didn’t come here for introspection. Instead, you wrote because you wanted guidance. I’m going to recommend a book called I Cheated: Here’s What To Do After Having an Affair. The material may not directly speak to your situation but its close enough to help generate self-insight.

In your note, you mentioned that you truly love your wife. I can only speak for myself when I say I believe you. The question you face now is, do you love her enough to stop cheating?

Only time will tell.

If She Insists on a Condom, Is That a Sign of Cheating?

You are both exclusive, but she still wants you to wear a condom Jack offers answers to tough questions men want to know about love, romance, and relationships. His Question Hi, Jack, I’ve been dating […]

Is This The Reason You Cheated?

Trending News: New study sheds light on the psychology of cheating If you’ve ever been cheated on, you know how devastating it can be. Not only does it ruin any trust between you and your […]